Rogue Agent (2022) Movie Themes And Ending Explained: In the same year, Netflix’s interest in real-life criminals led to the creation of two works on Robert Hendy-Freegard, a British con man. The first was the docuseries’ The Puppet Master: Hunting the Ultimate Conman’, and now there’s the feature film, ‘Rogue Agent,’ directed by Adam Patterson and Declan Lawn. It stars James Norton as Robert Freegard along with Gemma Arterton, Marisa Abela, Shazad Latif, and Sarah Goldberg. A ‘House of Games’ style story about a woman going after a con man to avenge herself, it’s a most competently helmed film that allows its complexities and web of deceit to unfold with patience. Given how randomly Netflix tends to label a film a thriller, this is the rare case of one that actually lives up to its promise.

In 1993, Robert Freegard took up a bartender position near Trent Hamilton University. It’s a difficult time for English security services as the IRA’s bombing campaign makes them recruit regular citizens to spy on suspected members of the IRA. Robert, an apparent MI5 agent, recruits three university students, Sophie, Mae, and Ian, to spy on their fellow students. After three months of training, they are asked to extract information about one of the Irish students in their class, who is suspected of being part of a local IRA cell. No incriminating information is found about the student but soon after the mission, Robert states that they have been compromised and hurriedly leads them away from their university. He assures them that despite the sticky nature of the situation, he’ll keep them safe.

Nine years later, in 2002, Robert works as a luxury car salesman near the home of Alice Archer, a litigation lawyer for a corporate firm. Using his charm and wit, he begins a romantic relationship with Alice, who is quite smitten with him. But given the nature of her job, she has his background checked out, and when fishy information turns up, she confronts him about it. This is when he reveals to her that he’s an MI5 agent working undercover. He also tells her that she’ll be ‘vetted,’ given that she now has this information to ensure she’s not a flight risk. As all this is happening, Sophie is still working as an ‘agent’ for Robert, being shifted from place to place in her job with the promise that she’ll soon be recruited as a full-time MI5 agent. Alice and Robert’s relationship goes smoothly, and the revelation of Robert’s criminal past doesn’t entirely deter her as she thinks of it as part of the vetting process, though she remains somewhat suspicious. Then one day, he fraudulently withdrew £120,000 from her bank account, making Sophie realize he was a con man.

‘Rogue Agent’ begins as a spy film. We are informed about the contemporary state of British politics to tell us about the world we’re entering. This is where the film starts its manipulation of the viewer by making us believe that we’re dealing with a movie about spies and espionage, much like Robert does to his victims. In fact, Alice’s voiceover during the Trent Hamilton-IRA episode is her talking about what a ‘spy’ once told her about winning another person’s trust. The subject of this voiceover is quite clearly, Robert. When he first approaches Sophie, Mae, and Ian, he exploits the general national feeling of insecurity to manipulate the three of them into joining him. The fast forwarding of the film’s events by nine years right after the apparent ‘compromise’ of his, Sophie’s, Mae’s, and Ian’s identity again withhold information from us about the falsity of what Robert is pulling. 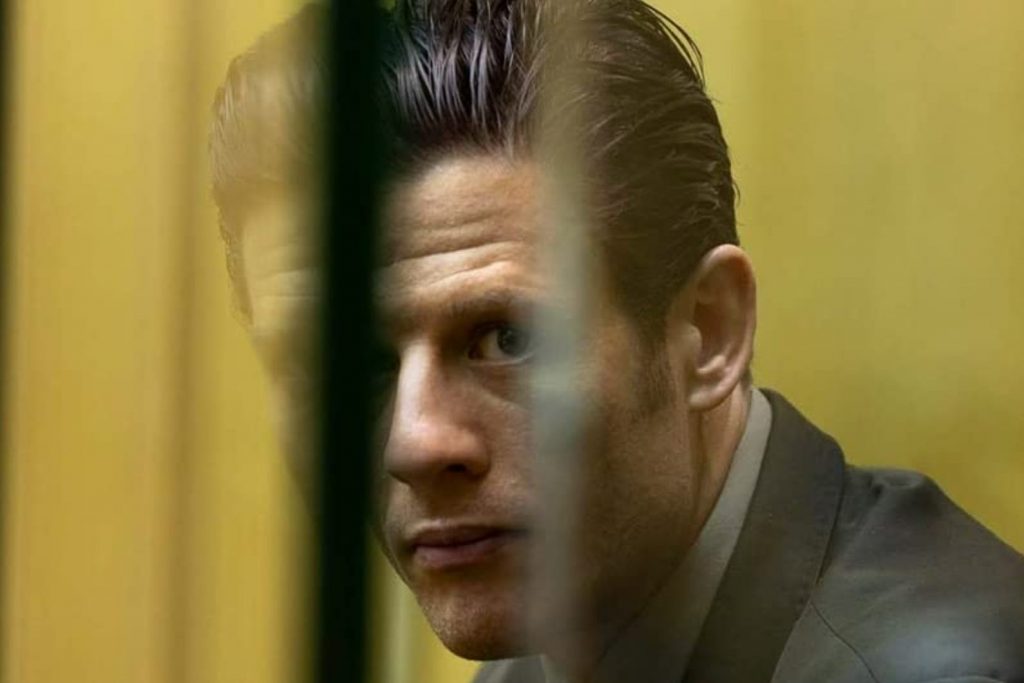 Much like these three students and Alice soon after, we are in the dark about his true nature. It is through Alice, the audience surrogate in the film, that the uncovering of Robert’s deceit is set off. Robert, as he once told Ian, uses his victims’ most profound desire to lure them into a fantasy. He manipulates them into believing that he can bring it to life, which in Alice’s case was to have a degree of autonomy in her life, and that’s where he financially gains his advantage. Another ability that makes him dangerous is foreseeing what might impede him and taking steps to ensure that he’s on top of any threat. Once he realizes that Alice isn’t easy to fool, he expands on his ‘vetting’ ruse with something he calls a, ‘shit-test’, a euphemism for apparently an advanced form of vetting which will involve random bursts of untrue information about him to check if she can trust him. This means that anything that Alice might uncover about him in her private investigation of him is automatically made suspect as being false information planted by MI5.

After dropping in at Alice’s place, Robert takes her to a lighthouse in London one day. During their first getaway as a couple, he takes her to a large house by the sea with a lighthouse attached to it. Across history, lighthouses have been used as a means of navigational aid for maritime vehicles. Like the light of one that guides a ship to safety, Robert’s conning process involves acting like a guide for his victims’ dreams. In fact, both Alice and Jenny are first told about pursuing something beyond their humdrum life inside this property with the lighthouse attached to it. At the same time, lighthouses, with their elevated structures, provide useful vantage points for people to survey the surrounding geography. Robert’s ability to be one step ahead of his victims necessitates a capacity to gauge what can transpire over the course of his plans. It is at the lighthouse where he takes Sophie that Robert cryptically refers to his cockiness by stating how that particular lighthouse had been around for far longer than the skyscrapers in front of it and how it will stay long after they’re gone.

Robert can cook a fantastic spaghetti bolognese, as attested to by Alice and Jenny. This is another hint at his deceptive abilities, as the dish itself has historically been wrongly attributed to Italy. Bolognese sauce is Italian, as is spaghetti, yet the combination of the two isn’t an Italian preparation but an American one, started possibly by Italian immigrants in the US. Robert prepares this for Alice and Jenny and even brings it as part of the supplies for Sophie, all three of whom are his victims, therefore making it another synecdoche for his dishonesty.

Why did Robert leave Ian behind?

When Alice begins her search for Robert, she remembers that Sophie’s parents had told her about how among the three that Robert had kidnapped from Trent Hamilton, Ian Preston had returned home. When she goes to talk to him, Ian reveals that after four years of working for Robert, as a way of qualifying for the fake MI5 agent recruitment program that he lies about, one day, Ian was abandoned unceremoniously. Robert did this to rid himself of Ian as he was not viewed as an asset. Sophie’s parents had sent her her inheritance, which amounted to £300,000, and she was also exploited sexually by him. He married Mae and took on her name to legally give him an additional name he could use in his ventures. His marriage and two children would ensure his sympathetic treatment by the law and make him less suspicious since he’s a family man who provides for his wife and children. Ian gave him none of these benefits, so he was left behind.

The theme of deception is magnified once Alice, a victim of it, starts using it to find Robert. She lies to Mae about Robert being in danger. She then doesn’t reveal the extent of her brainwashing to Sophie, even though this is more out of concern for her well-being as the shock of it might be too much to handle for someone who has already undergone so many difficulties because of it. Robert’s overconfidence eventually catches up to him as the final victim he chooses is a foreigner and therefore subject to various bureaucratic protections that he doesn’t consider, like the American Embassy getting involved once he starts taking over Jenny’s life.

Alice eventually starts and succeeds at running the exact business that Robert had planned for the two of them to go into, showing her resilience and extracting a silver lining from the trauma she underwent. Robert is sentenced to life imprisonment though that doesn’t stop him. Once he realizes that one of the guards in prison is gullible enough to keep believing the rumors about him being an actual MI5 agent, he pounces on the opportunity as we see him smiling at the possibilities it opens up for him. Before the credits start rolling, we are informed that the real Robert Freegard was freed in 2009 after the kidnapping charges against him were overturned and that he kept continuing his mayhem, making it impossible to gauge the true extent of the damage he’s caused to people’s lives.

Read More: Everything Coming To Netflix In August 2022

Where to watch Rouge Agent