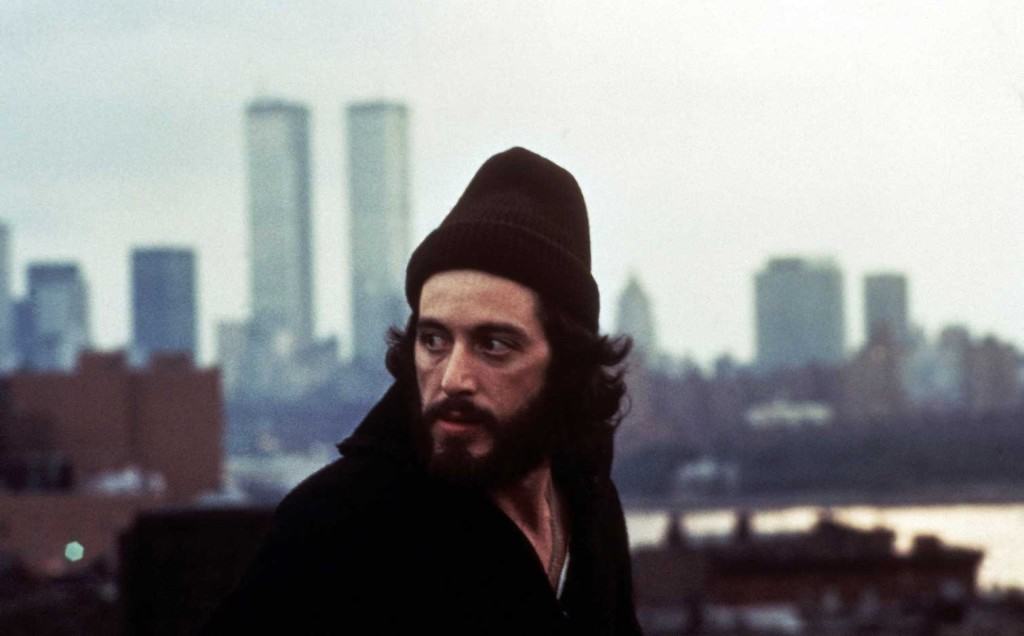 Prolific American film-maker Sidney Lumet’s five decade career gave us cornucopia of social issue movies, which all moved with an unusual briskness. His protagonists are isolated men and anti-heroes, who had the perfect understanding of the difference between right and wrong. Lumet’s anti-heroes like Frank Galvin (in “The Verdict”) and Sonny Wortzik (in “Dog Day Afternoon”) are seedy, compromised characters, but their troubling individual conscience provided enough room for redemption. Lumet’s righteous protagonist remains stubborn, never confirming to the vile herd mentality. These men fight for the values they believe in and fight against the isolation placed upon them by an ‘idealized’ society. The isolation and the containment of their moral scruples could happen in as small a place like a jury room (in “12 Angry Men”) or as big a place like the New York City (in “Serpico”, “Prince of the City”). Of course, Lumet never offers neatly packaged answers or denouement for the endurance of noble men or for the redemption of fallen men. Despite enjoying their little victories, you could see Lumet’s men walking away alone or remain pinned to a busy arena, staring into the emptiness called ‘future’.

Lumet hates the word ‘auteur’ and never been known as a master of framing, blocking or camera movements. But, he is a master in narrating a story (all his morality stories and character studies moves like a thriller) and loved directing, which is why he quickly recovered from (or had a tendency to direct) odd disastrous ventures. He was also one of a kind film-maker to extract top notch performances from Henry Fonda, Al Pacino to Philip Seymour Hoffman. Al Pacino, while presenting Lumet his honorary Oscar (he was nominated for Best Director five times and won none) said: “If you prayed to inhabit a character, Sidney was the priest who listened to your prayers, helped them come true.” The verity of those words could be felt when witnessing the spectacular performance of Pacino as tormented NYPD whistle-blower Frank Serpico. The gritty, episodic New York-bred film “Serpico” (1973) exhibits Lumet’s stupendous directorial abilities as he imbues the inherent dilemmas and agonies of the real character into the narrative rather than falsely dramatize events to attain super-heroic aspects. In “Serpico” Lumet seems to keep everything simple, but he extracts incredible tension within the simple framework and Pacino’s astoundingly controlled performance is a treat to watch.

Based on Peter Maas’ biography book, “Serpico” was adapted to screen by Waldo Salt (“Midnight Cowboy”) and Norman Wexler (“Saturday Night Fever”). It chronicles the twelve year struggle of New York cop Frank Serpico, who wanted to stay honest and preserve his integrity, unlike the majority of corrupted policemen in NYPD. The film opens with what was considered to be one of the famous shooting of the era. Al Pacino’s Serpico with a disheveled beard is taken to hospital in a police vehicle as a bullet is lodged in the upper part of his left cheek. It is initially hard to fathom that this bearded man is a cop and what’s more unbelievable is that Serpico’s fellow policemen are glad about him getting shot. A conversation in a precinct goes like this:

“Guess who got shot? Serpico

Think a cop did?

Then a long flashback begins, taking us to the day Serpico graduated in Police Academy (in 1959). From the early days, Serpico witnesses small ethical concessions from senior officers like allowing double row parking in a small, crowded restaurant, in exchange for free lunch to police. He sees detectives using violent methods to extract confessions, while a more calm approach yields better results. Serpico never feels comfortable with the little bending of law by his co-workers and often requests transfer in a hope to find a righteous department or at least a righteous colleague. During his stint as plainclothes policeman, Serpico’s hopes about police force are totally derailed as a uniformed cop offers an envelope, containing bribery for the week. He soon finds out that corruption is practically a norm, followed by most cops and precincts in the city. The higher officials either tolerate or turn a blind eye to it. Initially, Serpico tries to ignore the problem, but avoids taking the bribes offered. It puts him in a suspicious position among other bribe-takers. Even the once uncorrupted law men go with the flow, just for the sake of their family’s well being. But, Serpico has no such obligations. His disgust for the behavior of policemen gradually sabotages familial and all other relationships. The political machinations and bureaucracy keeps on thwarting Serpico’s anti-corruption crusades. He even gets ready to sacrifice his personal safety to root out the deeply entrenched putrefaction. 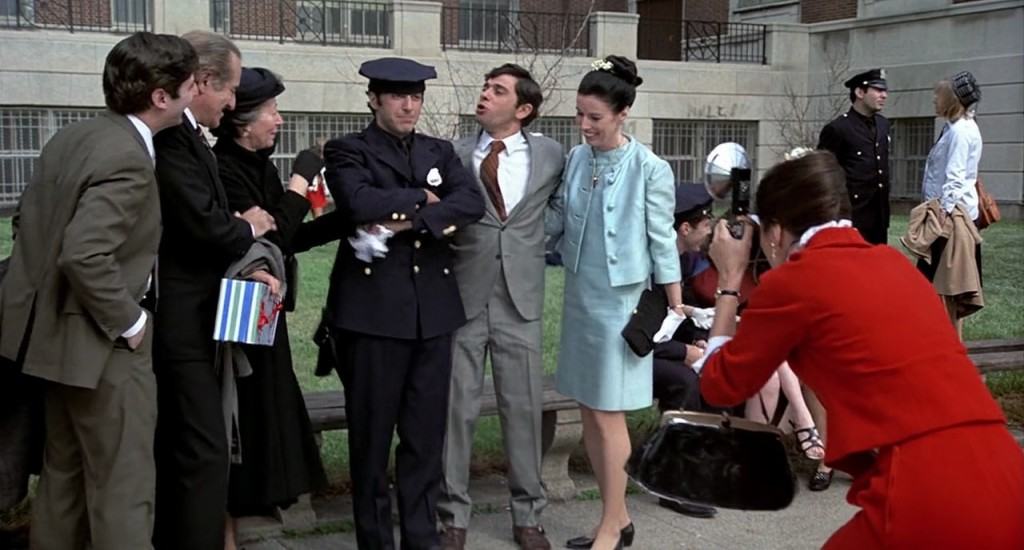 Director Sidney Lumet and writers Salt & Wexler doesn’t believe in personal glory or martyrdom. Their profound observation includes the character’s pain of exile and the excruciating silence of others. The film cleverly distances itself from offering grand gestures about how truth or justice will prevail in the end. Serpico’s quest for preserving righteous beliefs in police system didn’t rise out of self interest or from the need to gain attention. The narrative isn’t clouded with dilemmas or enigmas. Serpico did what he did because he believed it was the right thing to do. Al Pacino plays as if the character had any other choice. Lumet or the screenwriters didn’t want to present Serpico’s crusade as a paradox between self-interest and moral will. The paradox in the movie is the entire law and order system. The paradox lies in the words of a cop saying: “Who can trust a cop who doesn’t take money?” or in the words of Serpico “I feel like a criminal because I don’t take money?”

In the hands of another director, “Serpico” could have been the perfect Academy Award material diffused with schmaltzy uplift message. When we witness as majestic a performance as that of Al Pacino’s, it is easy to forget the visual richness and countless details brought to screen by Lumet’s effective direction. The director highlights Serpico’s sense of isolation by often framing in wide shots, in order to establish his smallness or the brooding forces surrounding him. In the few of subjective shots, Lumet goes for close-ups of police officers to hint on the dangers and oppression awaiting Serpico. The details after or before making an arrest or bust is thoroughly realized (right down the moment the police men go to fill out the arrest card). The decadent, urban atmosphere also helps to heighten the moral pressure placed upon the protagonist. Of course, eventually the movie’s classic status relies upon the presence of Al Pacino. His character is distressed or often remains frail and vulnerable, unlike the wild traits Pacino’s character used to have from “Godfather”, “Dog Day Afternoon” to Mann’s “Heat”. Even that time we see his trademark rage (while searching & pushing the loan shark into the cell) he allows the character to slowly backs away to the corner, typing up the usual arrest reports. Or think of that final moment when he emits a small cry and goes back to starting at the emptiness. This is the Al Pacino I love (or kind of worship). Yes, Pacino’s rage and pain never seemed this nuanced as in “Serpico”.

I don’t how much the contemporary generation cinephile would appreciate the path-breaking acting and efficient direction (or the loosely connected episodes) in the film because in these four decades there have been many similarly excellent police dramas and series (“The Wire” is a flawless TV series that reminds us of Lumet’s best, ambiguous works). But, for me the film still holds unaltered emotive power and timeless message. We are still fighting or tolerating a system where the law upholders often cross the thin line to engage in criminal acts. Serpico’s stand against the institutional graft is very relevant message for our system that perceives itself as a totalitarian force.

“Serpico” (130 minutes) is an enthralling and intense character-driven crime drama, chronicling one man’s battle to improve the system by strictly preserving his own personal ethics. It must be watched for Sidney Lumet’s authentic portrayal and Al Pacino’s electric performance.