She-Hulk: Attorney at Law (Season 1) Episode 5, Recap: Every week, millions of people worldwide watch a new She-Hulk: Attorney at Law episode only to watch Charlie Cox, aka Daredevil in action. Now that is a really unfortunate thing for the lead actor of the show, Tatiana Maslany, who is really talented otherwise, but it also proves how iconic Charlie Cox and his Daredevil character have become over the years.

Well, five of the nine She-Hulk: Attorney at Law episodes are gone, and Charlie Cox hasn’t made an appearance yet. The name Daredevil hasn’t been mentioned by any of the characters yet. However, at the end of the latest episode, something happens which will become a massive thing for discussion over the next seven days. We will come to that later.

While the audience is waiting for Daredevil, Titania, who made quite an impact at the end of the first episode, has finally returned and features prominently in this episode. 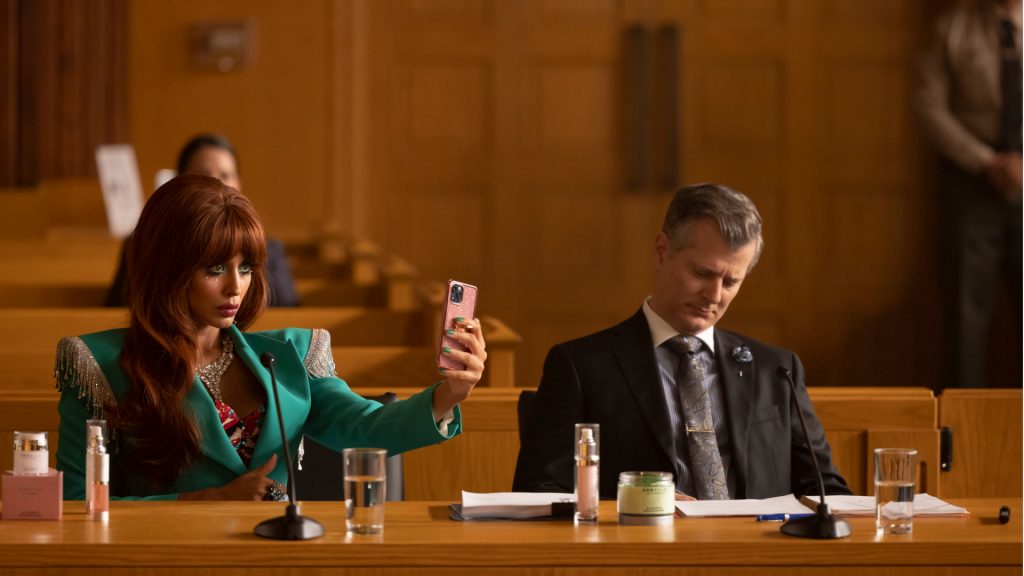 This week’s episode features two interconnected plots. The primary one is about the legal battle between Titania and Jennifer, and the other one is about Nikki and Pug trying to get access to a high-end fashion designer called Luke, who designs clothes for Superhero.

At GLK&H, Holliway assigns Mallory Book as Jen’s attorney for the case against Titania. Even though initially it seems like it is going to be an uphill battle to She-Hulk as Jen’s name against Titania’s claim, the matter becomes pretty much easy when Mallory presents all the people Jen has dated as “She-Hulk” by the dating app. Four of Jen’s dates, including Arthur, appear in court and testify in favor. However, all of them say that it is She-Hulk they are interested in, not Jen. That doesn’t stop Jen from proving that it was her who originally used the name “She-Hulk” much before Titania trademarked it. The judge gives the ruling in Jen’s favor. To celebrate, Jen goes out drinking with Mallory.

In another part of the city, Nikki and Pug go to meet a high-end fashion designer Luke (Griffin Matthews), who specializes in making clothes for Superheroes. After some struggle, they manage to connect Jen with him. Luke takes pride in his work and promises to make Jen a costume that is going to work for her both ways.

At the end of the episode, Jen goes to pick up the costume and seems really impressed with Luke’s work. Right after she leaves, the camera pans to a mysterious round box where we see a yellow and golden helmet with horns.

With the helmet appearing at the end of the episode, Matt Murdock’s entry into this world as one of Luke’s Superhero clients is now certain, and it will most likely happen in the next episode.

On the other hand, Titania threatens Jen that it is still not over, so she will appear again in upcoming episodes, but the way it has been so far, she doesn’t seem like that big of a threat unless some kind of twist happens.

With no proper story arc or a big villain to fight, nothing can be speculated about the kind of role Daredevil will have or the kind of things the show will offer in its remaining four episodes.

Where to watch She-Hulk: Attorney at Law

Shotgun Wedding (2023) Movie Review: Just another drivel that capitalizes on the sex appeal of its leads