Juggernaut Productions’ recently released creation, “Shoorveer,” streaming on Hotstar, is an Indian action-based thriller, introducing us to a narrative that thrusts power and adrenaline in all the right places. It lifts our morale and brings us safely back to the ground. The series brings to us an elite task force known as the Hawks, combining the strength of the Army, Navy, and Air Force top-level soldiers to unite for one mission. This mission is a make-or-break moment to save one of their own and restore the country’s safety at all costs on the LineControl i.e., the highest threat by enemy territory.

When the idea of forming the Hawks first comes to mind, NSA Chief Milind Phanse (portrayed by Makarand Deshpande) approaches an almost-forgotten Group Captain Ranjan Malik (portrayed by Manish Chaudhari) to build an adrenaline-packed team that is meant to infiltrate enemy territory with complete force and achieve their mission. It would mean each soldier would have to learn another’s terrain, which may be alien to their previous training but challenging them to excel as a soldier to tackle any elemental terrain.

Director Kanishk Varma masterfully captures the training and careful chest-thumping that the characters bring to the screen as one would expect when we see the pride of the Armed Forces personnel. With this team, India stands the highest chance to foil the enemy’s constant attempts at destabilizing the country with no red tape.

With the current political climate of how the Armed Forces could become a sense of national pride for the economic sector, the country catches a glimpse of how each defense sector acts as a service. Shoorveer adds purpose to the Army, Navy, and Air Force through its narrative when each character faces challenges in their journey. In their lead roles, Manish Chaudhari and Makarand Deshpande bond to bring to the table what the country needs as a brave front on the screen. When the heat turns on, the mission takes precedent when master creator Samar Khan builds the story to show us how each soldier must overcome the odds and prove themselves to be chosen for the one mission to save the country.

The Hawks, India’s most covert Elite Task Force, struggle to save their image from the country’s fury over an international transaction of weaponry gone awry. Viraj Sehgal (portrayed by Armaan Ralhan) deduces the truth through an extreme form of action and reveals a distinct flaw to save his fellow officers. He feels slowly humbled by his fellow pilot, Flight Lt Avantika Rao (portrayed by Regina Cassandra), a prominent alpha female role that perfectly balances the abundant chest-thumping.

He stands challenged by his decorated fellow pilot Squadron Leader Salim Kamali (portrayed by Aadil Khan), the hoarse-sounding charmer winning women’s hearts at best. Shome Banerji (portrayed by Abhishek Saha) is perfectly placed as the character whose size of being should not determine whether he can sustain the fight or not because he absolutely can. This character’s feat of strength changes the power dynamic introducing to us with rapt attention that there could be more than meets the eye when the plot thickens.

The series is a decent attempt at telling millennials that there is more to any armed forces personnel, who are also human and have inner battles any of us outside the armed forces have as well. While establishing that family is important when their training strictly shows country comes first, Shoorveer tells us that every soldier is a human being running wild with feelings like any of us outside the armed forces. While the adrenaline pumping is nothing compared to what the film Uri brought to the table, it still counts as a recommended watch to view the show for portraying a truthful narrative of character. 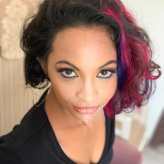