Icelandic writer/director Runar Runarsson’s feature film debut “Volcano” (2011 – screened at Cannes Directors’ Fortnight) offered a unsentimental take on the day-to-day tribulations of an old couple (Haneke’s “Amour” looked strikingly similar to this Iceland film). For his second film Sparrows (2015) (aka ‘Threstir’, 2015), Runarsson offers another naturalistic look at an isolated, rural working-class Icelandic town in Iceland, although the protagonist this time around is a teenager named Ari (Atli Oskar Fjalarsson – he performed in Runarsson’s short film “2 Birds”).

Sparrows (2015) opens in what I’d like to call as an ethereal atmosphere. It is a majestic cathedral and our lanky teen protagonist Ari, cloaked in a virginal white dress, sings in a moving, pure voice alongside other angelic choir boys. This intangible beauty vanishes suddenly as in the next shot we see Ari, with a desolate look on his face, lying under the covers. He is sad and doubtful about the near future because he has to travel to a spectacular but remote fishing village to live with his father (Ingvar E. Sigurosoon). Ari’s mother and Danish stepfather are going away on a trip to Africa.

Ari boards the plane and it is cut to a marvelous shot where the airplane flies across a humongous mountain range. In that striking atmosphere, the plane just looks like another sea bird. I thought the meaning for the movie’s title became clear – a lean, young boy with a beautiful voice flying away in search of a new nest. But, Director Runarsson has said in an interview that he choose the title ‘Sparrows’ because of its metaphorical usage in Christianity as a representation of youth, purity and transition.

Owing to the plural form of title, I must say that ‘Sparrows’ indicates the transitions sought or forced upon people of different age groups in the narrative. When Ari, the sulking teenager, meets his estranged, alcoholic father the story seems to tick off the regular beats of a coming-of-age story. The boy from the big city (Reykjavik) finds it hard to adjust to the town’s very slow pace of life. The town’s economy seems to be on the decline. The ills of the village remains crystal clear in that 24-hour a day summer light. The men are committed to their dead-beat jobs at the fisheries and spend their evening in wild parties, engaging in promiscuous sex. Ari’s father is a victim to this routine. The added baggage of losing his wife and son for the past few years seems to have taken him beyond point of redemption. The father had lost his old house, owing to the bumpy economy. 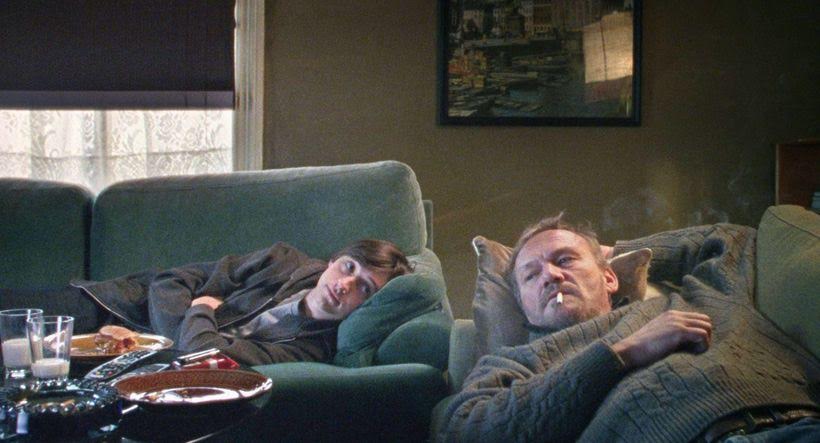 The only sane as well as caring figure in the father’s life is his mother (Ari’s grandmother) – played by Kristbjorg Kjeld. Ari boasts the desire and makes an effort to reconnect with his dad. But what Ari gets in return is bullshit macho advises. The boy also tries to reconnect with an old childhood friend Lara (Rakel Bjork Bjornsdottir). She has grown up to be a beautiful girl, but has brute of a boyfriend, who threatens Ari the minute he gazes upon Lara.

In the fishery, Ari strikes up a friendship with a kid of same age and the only other company he likes is that of his grandmother. She loves choral singing and reinstates a semblance of hope. But, soon as in many coming-of-age dramas, Ari’s life is upended by a tragedy. His innocent choir-boy qualities are threatened. Can he offer sacrifices and stay afloat despite the raging changes? Or get devoured by the inner baggage and an intimidating, distressing atmosphere?

The narrative trajectory in Sparrows (2015) is something we have encountered numerous times. We can easily predict some of the story beats or character decisions. But, still what separates this film from other tales of adolescence is the way it is firmly rooted in the isolated environment (a specificity). The effect the rugged environment has on its rugged menfolk is vividly studied. Director Runar Runarsson (and DP Sophia Olsson) emphasizes on the freedom among the constrained white arches of cathedral and the sense of being stuck among the wide expanses of the fjord. The landscapes are as usual beautiful, but the visual composition makes them an unforgiving and imposing beauty (not a comforting beauty).

Within the confined spaces, Runarsson places the shots outside the doorways or uses mirrors to give us a feel of gazing at something aloof, but strangely affecting. The symbolism for the most part in the narrative remains mesmerizing and subtle. Ari tenderly sings alone, standing inside an abandoned giant plant. Through a hole on the top, light streams upon Ari’s face, while the rest are enshrouded in darkness. The poetic realism symbolizes the way he is trapped up like a bird in the cage. 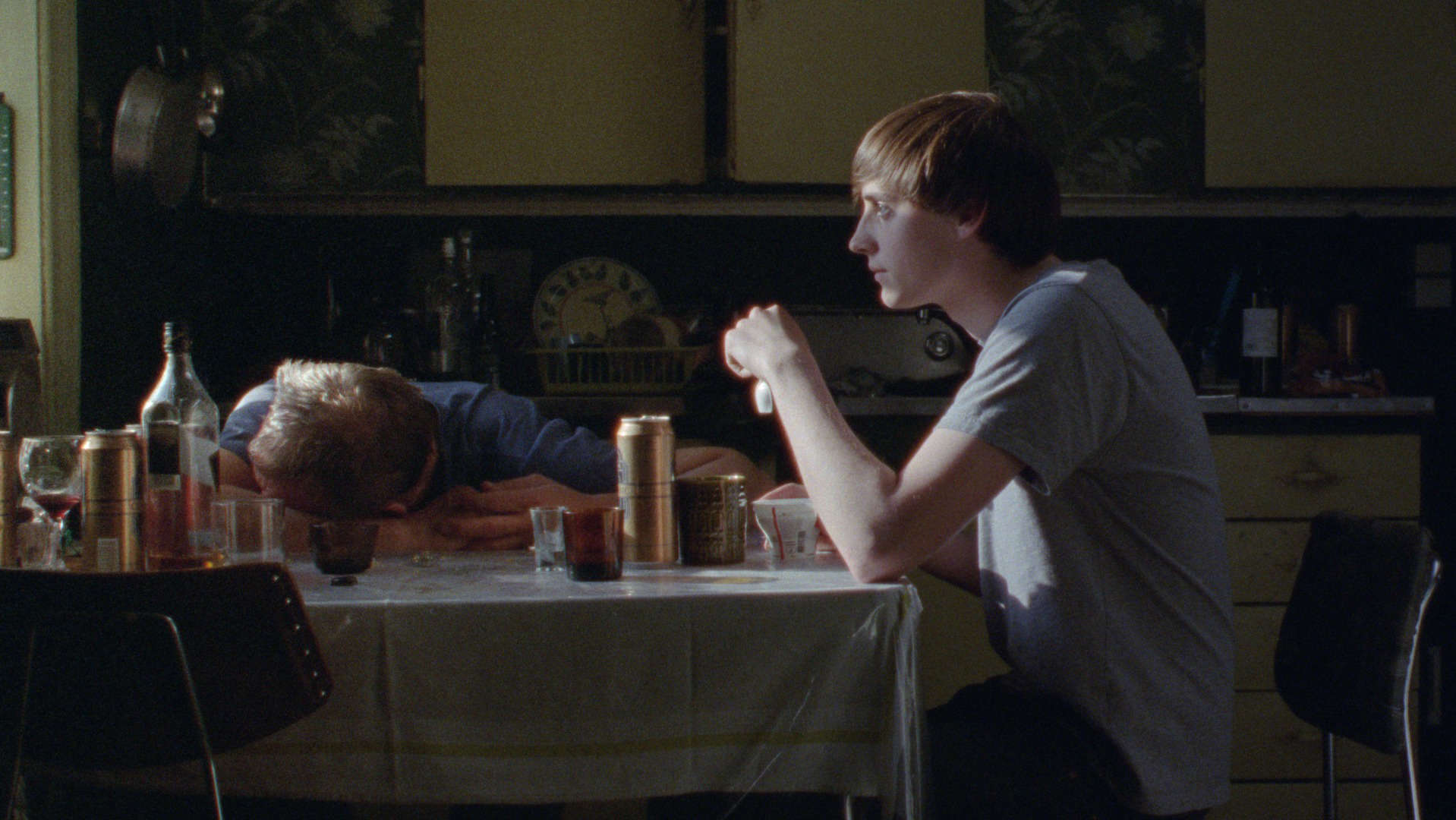 We get to witness some surprising turns in the third act, which emphasizes on the extremely disturbing macho lifestyle. What happens to Ari and Lara at the end struck me emotionally to a point that I couldn’t get out those images from my mind. The unbelievable cruelty in that scene is subsequently followed by a moving gesture of sacrifice. At this point, a viewer’s emotions might get numbed by shock. The boy has been robbed off his first love, first sexual experience, youth, and even the future, but still what he seeks next is hope or a reassurance. He accepts the fact that his new relationship with Lara was found upon deception. Now, he prepares himself to look past his father’s tough quality in order to seek his tenderness.

As Ari huddles his sleeping father in the final shot, we could see how much he needs that simple old comfort, once experienced in childhood. And, in that calm moment I think my frozen, benumbed emotions started to melt in the form of uncontrollable tears. The ending doesn’t make the film a mere coming-of-age tale; it becomes an innocent soul’s continuing fight for inner peace.