Life plays a cruel game of ‘hide and seek’, you see what you want to see when you want to see it, Spotlight is one of those rare movies which tells us about how we ourselves are the enemy we were all once scared of. Our fate depends on the path we choose, the choices we have defines us but when there’s too many choices or no choice at all we become vulnerable to the enemy.

“Sometimes it’s easy to forget that we spend most of our time stumbling around the dark. Suddenly, a light gets turned on and there’s a fair share of blame to go around.”

The whole movie revolves around this quote and in the end, it makes the audience realize that everybody is liable for the blame but what Spotlight really tells us is that even though we humans destroy, ruin, exploit, we also rebuild That is what makes us human.

The film is about a team of journalists bringing out the story of child sex-abuse by Catholic priests and the church cover up that followed in the city of Boston. The Pulitzer winning story was published by five investigative journalists of the Boston Globe. This is a movie with no Hollywood bullshit and the awards the movie received are a tribute to long-form print journalism, now fading in the digital fog of budget cuts, reduced resources, and click-bait new cycles. 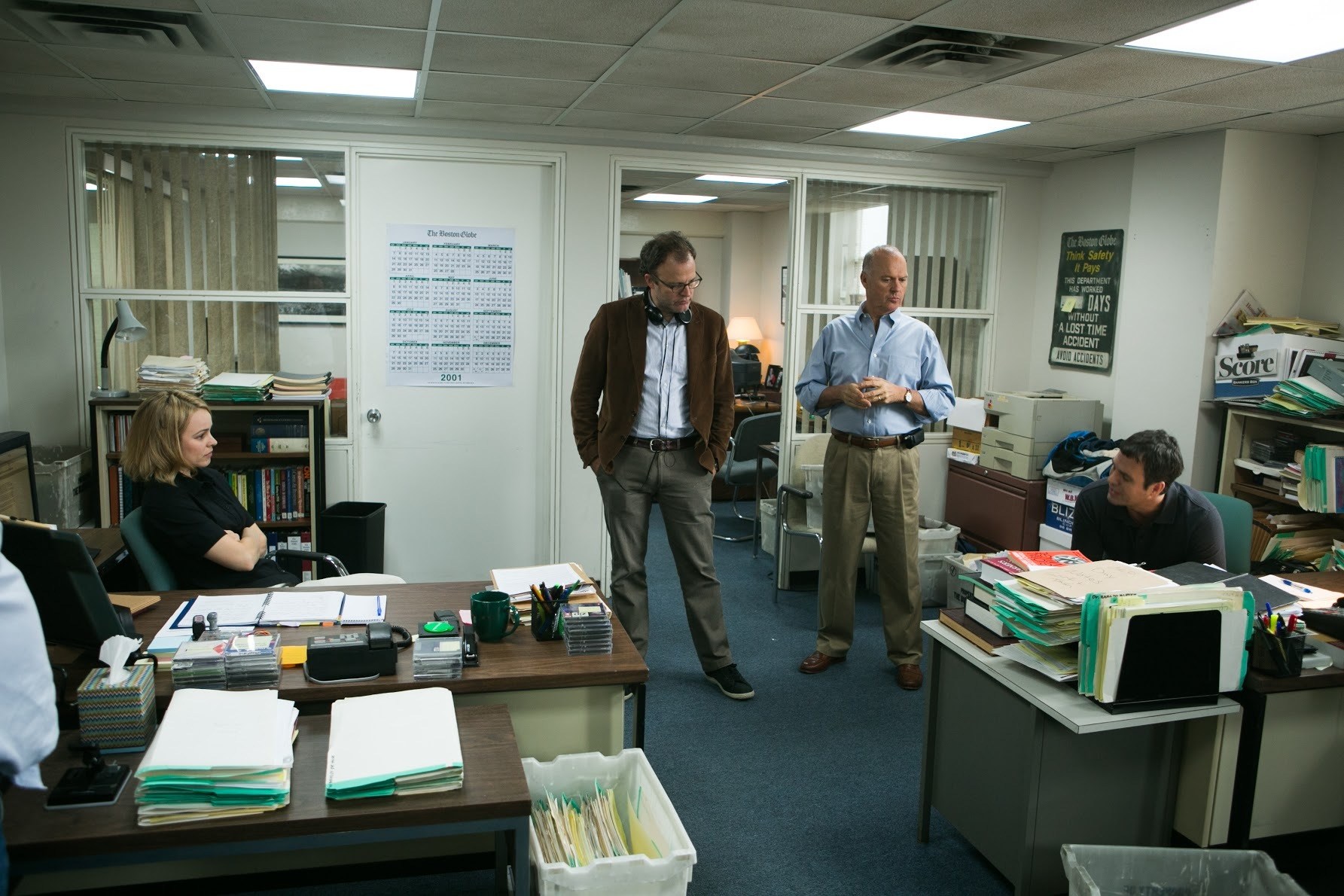 Our eyes and ears are the spotlight team, played by exceptional actors whose restraint performances make the viewers realize that the survivors whom they interview give spotlight its beating heart. The last piece of the jigsaw puzzle is the paper’s new top editor (Liev Schreiber) who suspects a conspiracy and thus turns spotlight loose. As the team (Michael Keaton, Mark Ruffalo, Rachel McAdams and others) starts their investigation, political, social, and legal systems are found complicit. The article is not just about the priests and victims, it covers the whole corrupted system which caused the issue, and how the system manages to evade any problems in its way of functioning.

Disturbing emotions are also felt among the reporters as they so desperately want to get it right and get it done first before other newspapers get in on the story. As the story goes the team is shaken by the fact that they could have brought this story to light long before but the helping hands stretched towards them at that particular time were ignored. Delivering prodigious dialogues in the simplest way possible is one of the most remarkable quality that this film possesses.

Spotlight is a landmark film which reminds the viewers that journalism should stay alive as a fighting spirit and if we ignore whatever we could change today it might come back and haunt us tomorrow.