Good psychological horror/thrillers should start from a sparse and visibly tense scenario. Jennifer Raite and Chris Cullari’s get that right in their directorial debut The Aviary (2022). We see two women Jillian (Malin Akerman) and Blair (Lorenzo Izzo) running in the arid, isolated stretch of the landscape of New Mexico, nervously looking back at the settlements in the distance. Both the women have decided to free themselves from the clutches of an exploitative cult known as ‘Skylight’, and their desert campus is called Aviary.

Nothing much is conveyed initially about Skylight except that it’s run by the charming yet controlling leader Seth (Chris Messina). Jillian and Blair’s plans are simple. They have put together enough supplies to survive the 3 or 4 days hike to the nearby town. The idea isn’t to report the cult’s activities to the authorities but to just get back their lost freedom. Nevertheless, the women learn that it’s not easy to leave behind their leader-turned-enemy. 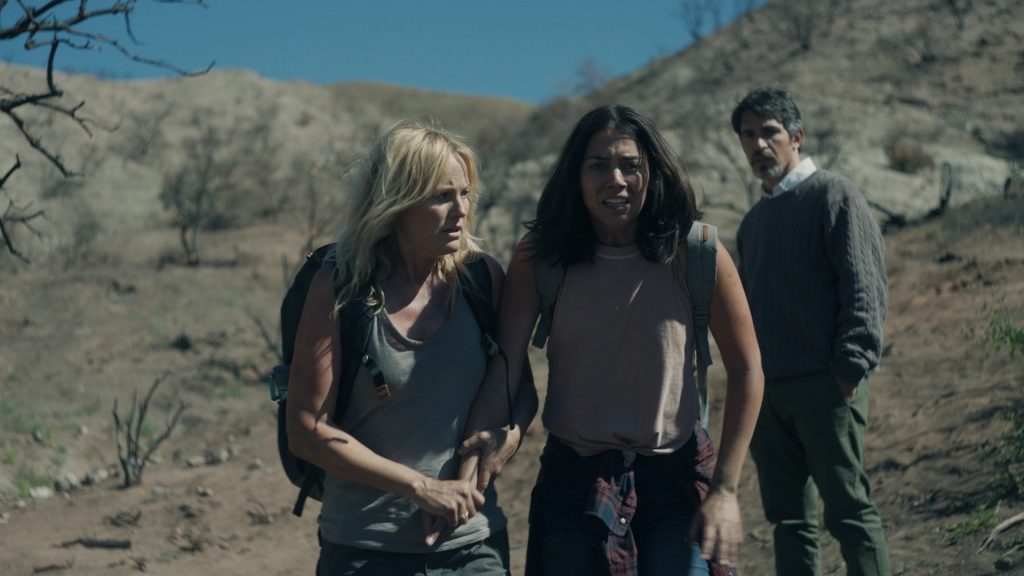 Cults are often a place of contradictions. It preaches a strange brew of ideologies, seducing its followers with inclusivity, liberation, and certain utopian ideals. But gradually cults metamorphose into an oppressive institutions demanding blind loyalty. Cults lure in vulnerable people – mentally as well as economically vulnerable ones – with the promise of total freedom. Isolated from the outside world and its connections, then the nuanced methods of mind control are unleashed, and the vulnerable individuals are pushed to believe that the path to freedom is paved with a set of necessary evils.

Related to The Aviary: 10 Must-See Documentaries about Cults

One of the first things Jillian says while looking at the campus after the escape is: “looks so small from here.” It’s a concise way of conveying the mind control and isolation she has been subjected to. The Aviary has been her world, and now from a distance it just looks like a small cage. But did Jillian and Blair really flee their cages? Apart from the atmospheric tension, writer/directors Jennifer and Chris build up a sense of discomfort through the character dynamics. Jillian is the older of the two women, and she has been part of Skylight’s top-tier. She was Seth’s right-hand person. Furthermore, it’s indicated that Jillian has overthrown Seth’s partner Delilah (who has expressed concerns about Seth’s methods) in order to take her place. But once she herself has become aware of Seth’s increasingly twisted and insidious schemes Jillian takes the decision to flee.

Blair is an impulsive young woman who at some point reveals that she was recruited into Skylight by Jillian. Unbeknownst to Jillian, Blair has stolen Seth’s laptop. It contains a library of Seth’s video sessions with the members, which can possibly incriminate Seth of wrongdoings. Though this was not in their original plan, the duo thinks of handing it to the authorities once they reach the nearby town, Gallup. Blair has taken the laptop for personal reasons too. She wants to delete her files and sessions. The laptop’s battery dies by the time the Jillian figures out the right password. Naturally, we can guess that there’s a can of worms waiting to be revealed in the third act once the laptop is charged.

Before that, Jillian and Blair face more real challenges. They can’t stretch their journey beyond three days since their food and water supplies would dwindle. The women believe that they have had a good head start and are also of the opinion that Seth wouldn’t come after them. Nevertheless, each step they take is filled with fear and paranoia. When they go to sleep, Seth appears in their dreams. Later they start hallucinating even in bright day light. Right by the time the women should have reached Gallup, they come across a town. The two are exhilarated and run into the town for help, but the entire town is abandoned. Soon, Jillian and Blair come to learn that they are in the town of Calvary Hill, which lays exactly on the extreme other side of Gallup.

How can they be going in the wrong direction while following the direction of Sun? Blair sleepwalks, Blair accuses Jillian of speaking like Seth, and Jillian’s visions gets so alarming that the idea of reality starts slipping out under her. Eventually, Jillian speaks of Seth’s sinister plan of ‘Synthesis’, a supposedly supreme method of mind control. How can they flee from the cult leader when they are carrying him inside their head? Is he really controlling them from afar or is it their fear and paranoia? 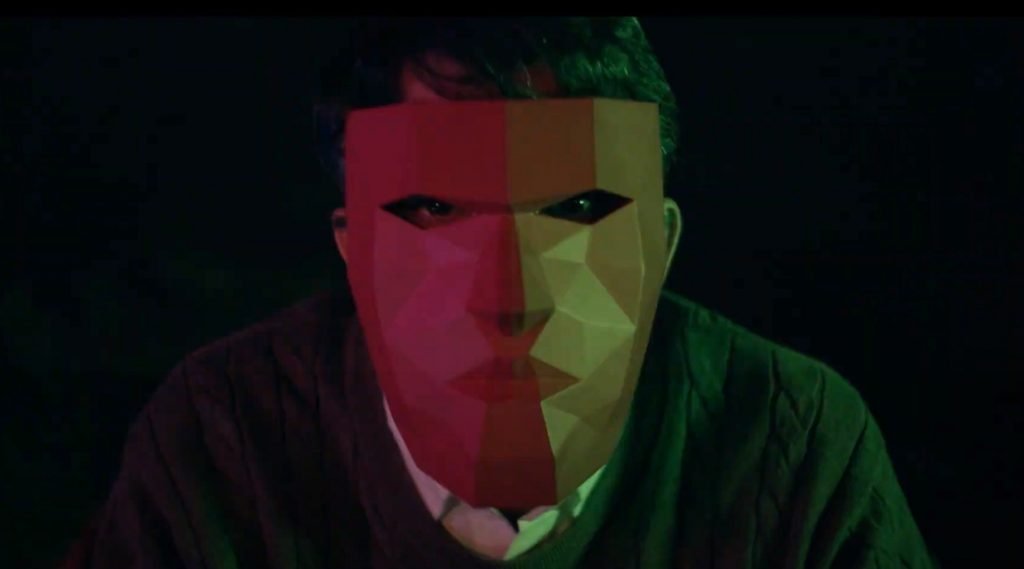 Horrors are often the realization or literalization of one’s worst fears. In this way, The Aviary is a parable on the struggles of emotionally and mentally freeing oneself from the influences of a cult. Directors Jennifer and Chris smartly keep everything sparse, making us feel that there’s a danger always lurking in the periphery. Malin Akerman and Lorenzo Izzo’s engaging performances perfectly immerse us into the atmosphere of overwhelming chaos and madness. Jillian and Blair are opposites in many ways, and their temperaments escalate certain conflicts rather than the looming threat of Seth.  However, some of the twists and turns in The Aviary are pretty much confined to the psychological horror territory and hence remain largely predictable.

I wish The Aviary had ended on a note of ambiguity instead of distinctly laying out the devil’s schemes. Of course, it’s a work of the horror genre that needs to end on such a clear-cut note of distress and wickedness, unlike the disquietingly ambiguous indie drama Martha Marcy May Marlene (2011). Overall, The Aviary (96 minutes) is a taut and gripping cult-centric psychological horror with robust themes and a disturbing atmosphere.