The City and the City [2022] ‘Berlinale’ Review: The Holocaust Documentary Is Ingenious & Provocative

Films often serve as a vessel for awareness. Documentaries, in particular, are designed as an audio-visual medium of factual reportage. Documentaries, thus, carry a higher purpose of bringing light to the oblivious. To the uninitiated. Now, the subject on which the light of awareness is shed varies from something minute in scope and personal, like a day in someone’s life, to something vast and heavy in provocative emotions, like the Holocaust. A documentary filmmaker’s skill is tested on how they put these factual materials together and present them to the audience. The art lies in the retelling of these truthful tales. “The City and the City” (I Poli ke i Poli), premiering at 72nd Berlin International Film Festival at the Encounters section, is a documentary of high artistic sensibilities when it comes to infusing documentarian storytelling with the essence of the subject of the documentary.

“The City and the City”, by Christos Passalis and Syllas Tzoumerkas, is a Holocaust documentary if we are strictly speaking broadly. However, it is also about shedding light on the lesser-known aspects of the widely known cruelty. The focus of this riveting documentary is the lost Jewish lives in the Greek city of Thessaloniki, due to the Second World War. Thessaloniki, the city that was once called “Mother of Israel”, had its high-numbered Jewish populace face systematic persecution, in line with Nazi Germany propaganda, when Greece was occupied by the Axis powers, at the beginning of the Second World War. 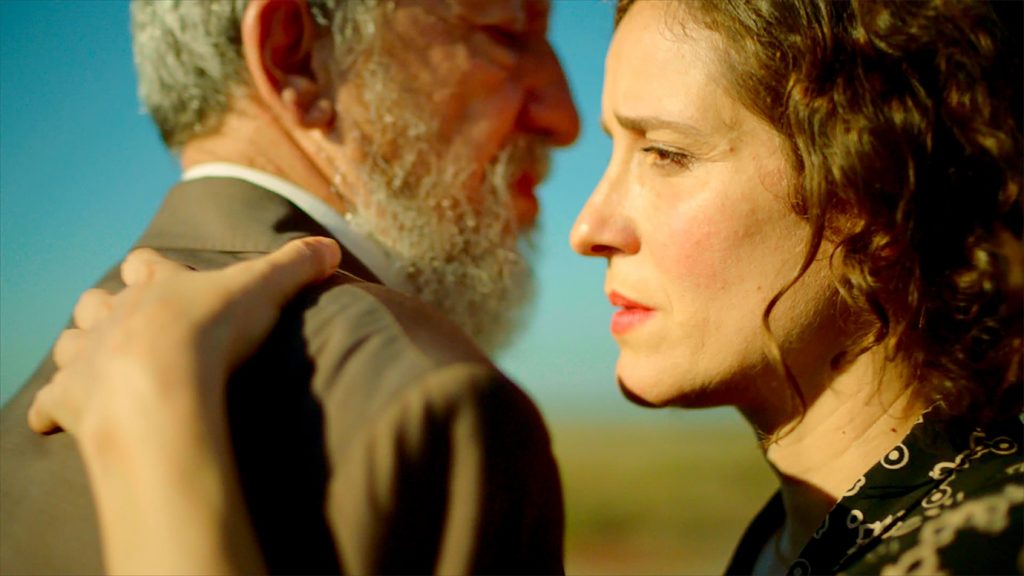 The documentary particularly focuses on one Jewish family and how upended their lives were once the occupation of Greece by the Axis forces started. Through the story of this family, the film paints the broader and more truthful overall picture of the grim reality of the Jewish communities in Thessaloniki, as all hell starts to break loose. It starts with the lives of the people before the occupation and continues to depict the story after the war has ended. The plight for rehabilitation of the surviving members of this community, as well as the then macabre socio-economic picture of the state, are well documented here.

Passalis and Tzoumerkas’ work is a nuanced portrayal of the brutality of the persecution, as well as giving us a unique glance at “What could have been”. For the lives lost had so much promise before the hammer of the collective madness unexpectedly snatched that possibility away from them. The genius in “The City and the City” is the seemingly nonchalant and subtle amalgamation of the past and the present. The two cities in the name of the film refer to one singular Thessaloniki. It is the time that creates the duality, and not the space.

Passalis and Tzoumerkas employ an ingenious technique here. The staged retelling of the horrific events in this film is often shown in the modern setting of the city of Thessaloniki. This heightens the vicarious pain the audience would feel for the victims of the events the film is portraying. When the pair of Jewish brother and sister, after being tormented over the period of the entire Second World War, finally meets each other; the neon street lights and buses with electronic signs in their surroundings only put their torment in perspective. The comforting veil of ‘time has gone by’ is stripped from the depiction in this way; the result is much rawer.

This time collapse is often done in the film. There is an almost flawlessly seamless execution in the editing and collation of the real documents with these manufactured contents. Editor Yorgos Zafiris deserves some credit for that. The pace at which the scenes unfolds captures the sombre essence of the subject. Director of photography Simos Sarketzis’ camera work is excellent, to say the least. The contrasting use of colour and grayscale also helps jumble the aforementioned blending of timeframes together.

The actors used in the staging of the events did their work in a superlative manner. Especially the actors who played the brother and the sister, Vassilis Kanakis and Niki Papandreou; brings the best out of their characters.

“The City and the City” is a successful retelling of one snippet of history’s most reviled chapter. It is confrontational and time transcending, as a documentary should be.

The City and the City Trailer

5 Shows like All Of Us Are Dead on Netflix

The City and the City [2022] ‘Berlinale’ Review: The Holocaust Documentary Is Ingenious & Provocative