A masterclass in nerve-racking tension & paranoia-inducing suspense that's as topical as it is terrifying, The Invisible Man is a tense, taut & thrilling nightmare that also serves as a chilling reminder of the lasting trauma of toxic relationships. Ingeniously steered by Leigh Whannell's clever & calculated direction and single-handedly elevated by Elisabeth Moss' powerhouse performance, this contemporary retooling of a classic source material is a top-tier example of mainstream horror done right and is one of the best films of the year.

The Invisible Man was first revived by Universal Pictures as part of what they intended to be their own shared cinematic universe consisting of the vast array of classic monsters they have in their canon. Back then, in the wake of Marvel Studios’ groundbreaking success with a similar formula, almost all major film studios were trying to come up with their own serialized universe, and one by one, they all fell apart. Universal’s own Dark Universe came crashing down and had all its hopes buried alive when the atrocity that was The Mummy (2017) premiered on the big screen to disappointing critical & commercial figures, thus prompting the studio to discard the idea and invest in individual storylines instead.

Loosely based on H.G. Wells’ 1897 novel of the same name and the 1933 film adaptation that followed, this latest iteration of The Invisible Man is one of the best modernizations of classic material, and is undeniably amongst the most refreshing & riveting films to come out this year. A masterclass in nerve-racking tension & paranoia-inducing suspense, this 21st-century remake is as topical as it is terrifying, doubles as a commentary on toxic relationships that many people will relate to, and is a relentless assault on the senses that grabs your attention from its opening moments and doesn’t let go until the very end. 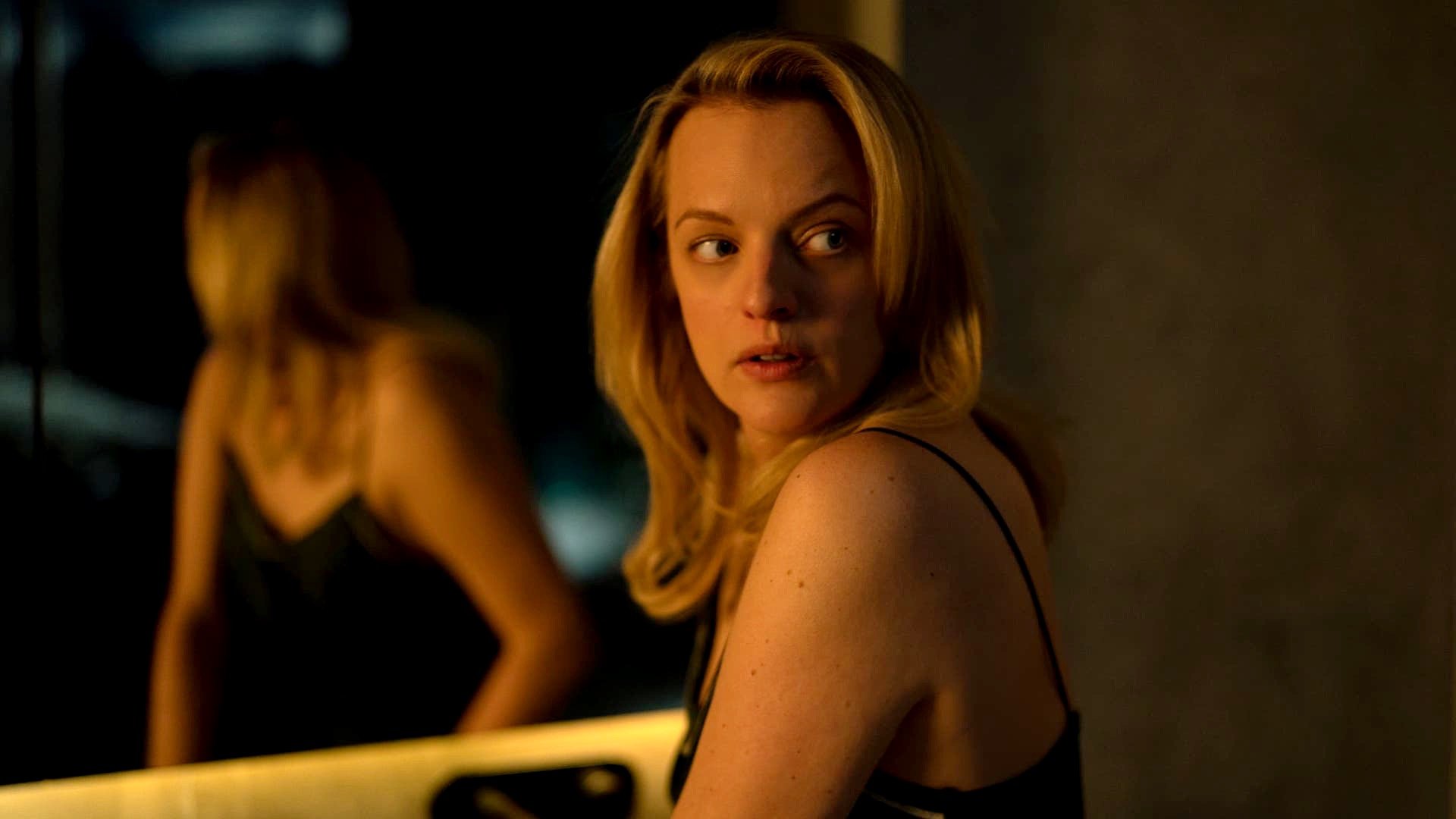 The story follows Cecilia, a deeply traumatized architect trapped in a violent & harmfully controlling relationship with a wealthy optics engineer. Managing to sneak away from him in the dead of the night, she finds refuge in the house of her childhood friend until to her surprise comes the news of her manipulative boyfriend’s apparent suicide. Relieved at first and feeling free at last, she begins to move on and rebuild her life for the better but it doesn’t take long for her to suspect an unseen presence haunting her ever since, and following a series of eerie incidents, she is convinced that her abusive lover has faked his death, has found a way to become truly invisible, and is now tormenting her.

Related to The Invisible Man – The Best Films of 2020

Written & directed by Leigh Whannell, The Invisible Man opens with an anxiety-inducing sequence as we see Cecilia quietly making her way out of her boyfriend’s lavish seaside mansion. The fear on her face & extreme caution in her movements, while she is escaping, is enough to give us an idea of what their relationship must be like. And Whannell captures this entire segment ingeniously with slick & steady camerawork and has us on the edge of our seats from the beginning. The premise is a simple one yet it is executed so intelligently & effectively that the interest & investment in the film only magnifies as it progresses.

The screenplay weaves the entire plot around our protagonist’s trauma, and Whannell’s clever & calculated direction helps keep things tense & focused at all times. The film also questions Cecilia’s sense of reality, whether it’s all happening for real or is it just her PTSD playing tricks on her mind, And through her agony, the film captures the lasting ramifications of an abusive relationship. Camerawork & editing is immaculate throughout, and the level of apprehension that Whannell is able to induce by simply & silently hovering the camera over empty spaces is almost unbearable. Editing makes sure each scene is relevant to the plot and expertly paces the whole film. Things do hit a slight bump in the second half yet the interest never for once dissipates. 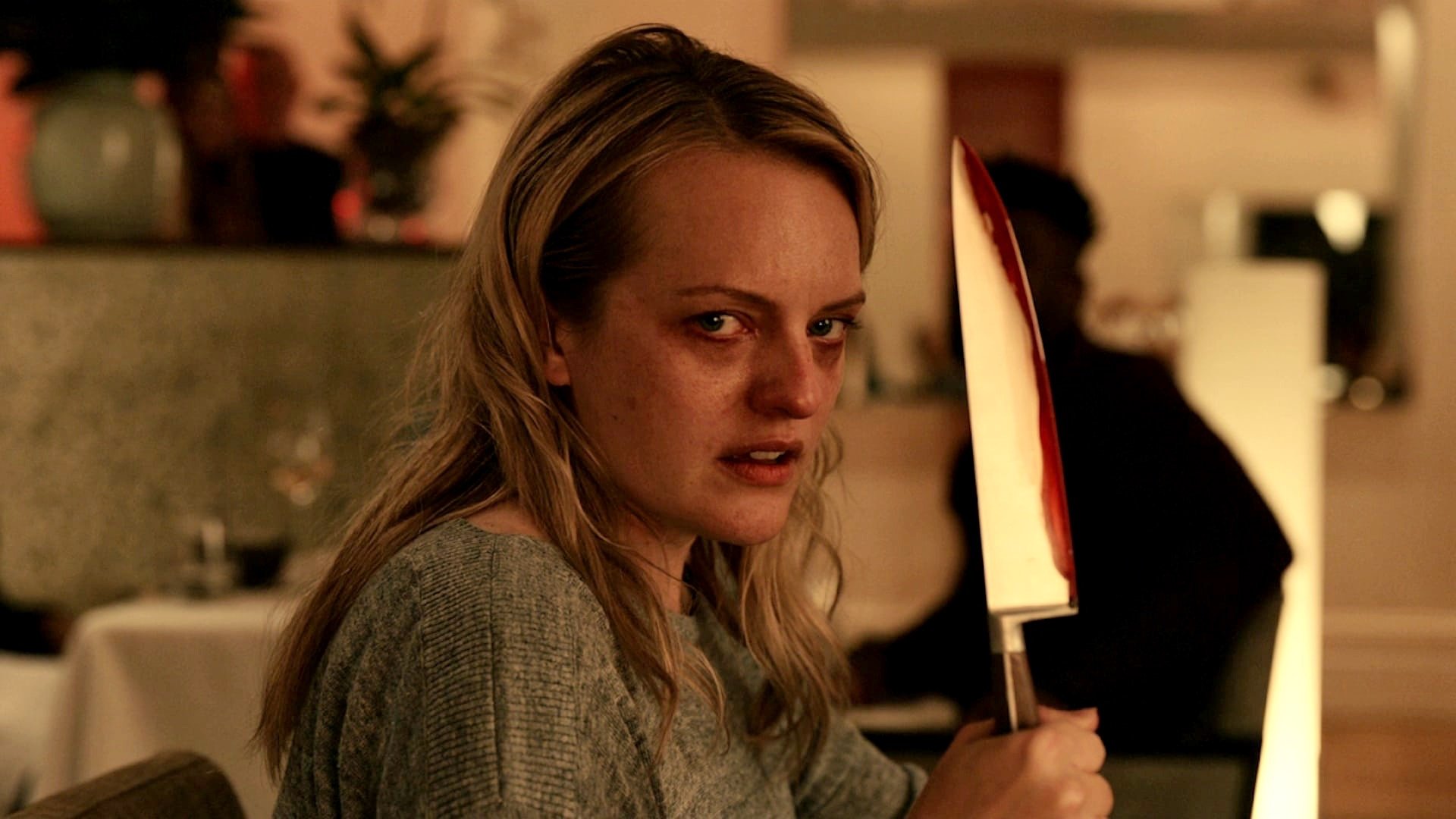 Neat production design, polished set pieces & futuristic props add to the film’s sci-fi attributes. The uncanny camerawork & brilliant editing also help envelop the story with a foreboding mood & unsettling aura. The use of sound, and especially silence, is admirable. And Benjamin Wallfisch’s score brings its own menacing touch to the final print. The real standout however is Elisabeth Moss’s outstanding performance. The terror, confusion & nervousness evident on her face, noticeable in her voice and obvious in her body language is what gives this film its emotional stakes, and compels us to invest in her character’s plight & predicament. Aldis Hodge, Harriet Dyer, Storm Reid, Michael Dorman & Oliver Jackson-Cohen provide welcome support in their roles but The Invisible Man is Moss’ show all the way.

Also, Read – Upgrade Review [2018]: An Alarming Glimpse of the Near-Future

On an overall scale, The Invisible Man is a tense, taut & thrilling nightmare that not only delivers as a full-fledged horror but also serves as a chilling reminder of the unfathomable dangers & lasting scars of toxic relationships. A smart, scary & sophisticated chiller that’s as suspenseful as it is unnerving, this contemporary retooling of a classic source is effortlessly steered by career-best work from both Whannell & Moss and definitely ranks amongst the finest offerings of the year. One of the best films of 2020 that begins on a spine-chilling note and concludes with a sweet & satisfying finale, The Invisible Man is a top-tier example of a mainstream horror done right. Strongly recommended.