In one of the shots during the first act of Sanak (2021), director Kanishk Varma, with the help of DOP Pratik Deora and editor Sanjay Sharma, lets the camera linger on a shot of three Blu-ray discs. Die Hard (1988), Speed (1994), and John Wick (2014). By doing so, the movie explicitly states its sources of inspiration and creates a kind of mood board for the audience as well. And while it manages to pay respect to the aforementioned films with the action, the attempts at character work and drama are questionable.

Sanak starts off with Vivaan (Vidyut Jammwal) and his wife Anshika (Rukmini Maitra) having a sexy time at the beach. Rukmini’s genetic condition acts up though, causing her to be hospitalized. After some brief scraping around for money, Rukmini gets operated upon and begins her journey of recovery. But on her final day, the hospital is taken hostage by Saju (Chandan Roy Sanyal), who has something to do with a high-profile patient who is admitted there at the last minute. Vivaan, with the help of his MMA skills (because he’s an MMA trainer, of course), averts getting killed or being taken hostage and starts hunting down the terrorists before time runs out.

Without a shadow of a doubt, Sanak (2021) works when there’s no dialogue and just action. From the opening fight itself, Vidyut is very visible instead of hiding behind cuts and a stunt double all the time. The camera movements are methodical and precise. Stunt coordinator Andy Long Nguyen’s choreography blends MMA with Jackie Chan’s use of props and Keanu Reeves’s vulnerable ferocity. Sharma’s cuts are fine, making sure every single punch, kick or block gets its time in the Sun. And on top of that, Varma’s intentions of resurrecting the action genre for the Hindi film industry is apparent, as he paints Vivaan as a killing machine, yes. But a killing machine that isn’t perfect health-wise, is shaken at the sight of blood, and gets beaten up a lot! Unfortunately, after that everyone starts talking.

Ideally, a mixture of Die Hard, Speed, and John Wick should’ve worked. Because they’re straightforward action movies, right? Yes and no. Yes, all of them have self-contained plots with a clear goal, a charismatic action star who’s not invincible, a rescue mission, and a villain with no morale whatsoever played by an actor whose range is probably higher than that of the lead. But here’s the thing. Die Hard heavily focuses on John McClane’s (Bruce Willis) debilitating mental and physical state. Vivaan hits the reset button after every fight sequence. Speed is essentially three movies crammed into one, with each mini-film building on Jack Traven (Keanu Reeves) and Howard Payne’s (Dennis Hopper) rivalry. Sanak doesn’t. John Wick is essentially a monster flick. Sanak isn’t. And that’s exactly why the movie fails to be anything more than its well-executed action scenes. 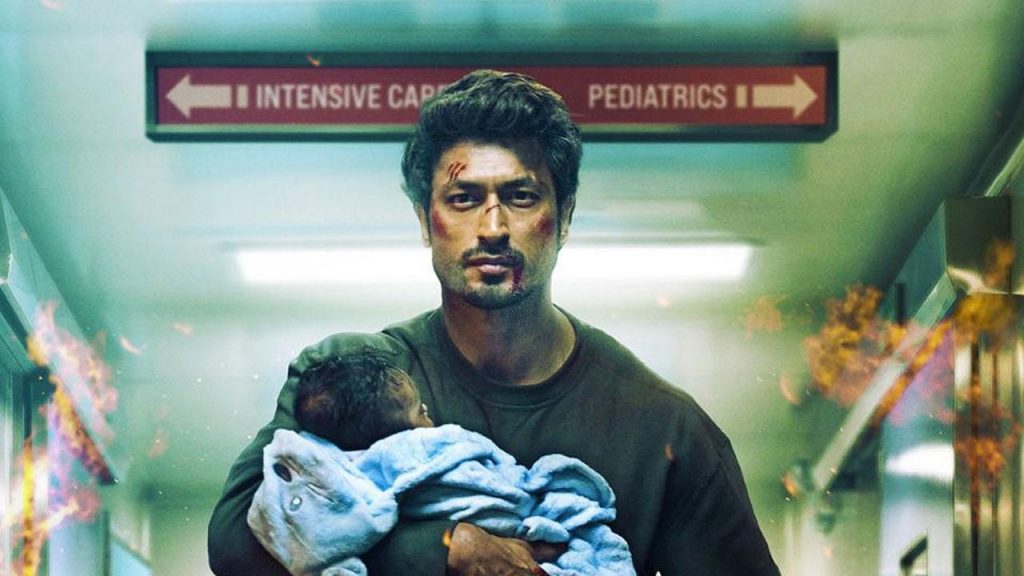 The biggest flaw of Sanak’s writing (by Ashish P. Verma) is that every single non-action scene is there to reiterate the stakes. However, unintentionally or intentionally, that’s established as soon as everyone is locked into the hospital. Repeating it via poorly-written dialogues and monologues, and by not doubling down on the danger factor of Saju, reduces the plot’s potency. Are you really worried about a character who appeared in one scene with a few lines of dialogue getting killed? In this case, no. Then why did you care about all the speaking or non-speaking passengers in Speed or the numerous hostages in Die Hard even on a rewatch? Because Jack and John cared! Does Vivaan care about all the hostages in Sanak? Maybe. Maybe not. And a ‘maybe’ is not good enough. It is just not. That’s how cheap imitations of classics happen.

In isolation, and as mentioned before, the action is simply great. More importantly, none of them flow the same in a good way. One takes place near an MRI scanner and yes, the machine plays a huge part in the choreography. Another one takes place in a medical storage facility, and again, the medicinal items change the tide of the fight in big ways. Even at its worst (which is probably the finale), the set pieces are ahead of any other standard Hindi action fare by eons. But at the back of your head, you can feel a tonal clash occurring when the choreography changes gear from Wick to Chan to Jammwal. Wick’s fights are grounded. Chan plays with a lot of comedy. Jammwal’s style is very acrobatic. Hence, while the sequences look consistently amazing, when judged through the lens of Sanak’s uber-serious story, it feels wonky. So, maybe don’t do that while watching the movie.

Talking about things that can be enjoyed in isolation and not as a part of the story of Sanak (2021), Rukmini Maitra’s performance is good. So, is Chandan Roy Sanyal’s, Neha Dhupia’s, Chandan Roy’s, and the rest of the supporting cast. No, seriously. They deliver genuinely heartfelt performances. They are betrayed by the sound mixing a couple of times. But it’s not anything criminal. The set designs, costume designs, production design, VFX, and special effects are admirable. To be clear, they work well on a scene-to-scene basis. They don’t come together smoothly.

Given the state of action movies coming out of the Hindi film industry, you’re probably thinking that we should go easy on Sanak. Because at least it has some good action set-pieces. And you know what? Maybe we should. Maybe we should give it a little more leeway than every other Bollywood movie out there because it is made by people who are carving their name in this industry on their own. So, despite all this criticism, here’s to hoping that the bar for action choreography continues to be at par with Sanak and it gets supplemented by some decent writing which prioritizes character work over blunt exposition.