The Killer (1989) Review: Chow Yun Fat’s character, Ah Jong, is an extremely skilled professional hitman. He engages in a shootout at a nightclub as part of one of his typical business operations. He completes his task effectively, but with the unintended consequence of damaging a singer’s eyes with a muzzle flash. Morally troubled, Ah Jong frequents the club to listen to the singer’s performances. Due to her poor eyesight, Jennie, the singer, is unable to identify the man who has injured her.

Jennie’s vision continues to deteriorate. Ah Jong, who has become friends with and romantically involved with the singer, accepts one more assignment as a killer to help pay for the expensive corneal transplant surgery. Ah Jong triumphs as usual, but Inspector Li Ying and his aide Sergeant Tsang Yeh discover him. Ah Jong manages to escape the cops, but he is hounded by his own employer, who wants him dead now that the cops have seen him. A gunfight follows, and Li Ying enters the scene, but a gesture by Ah Jong prompts the former to reconsider the criminal’s frame of mind.

John Woo was known as possibly the most spectacular bullet ballet filmmaker to work in the consistently superb Hong Kong industry before leaving for a considerably popular but astonishingly unsatisfactory journey to Hollywood. Woo’s heroic bloodshed flicks often use frantic gunfight sequences, pyrotechnics, large body counts, and elaborate Mexican standoffs. He has worked in a variety of genres, including wuxia, comedy, and grandiose melodrama, but his heroic bloodshed films, which have influenced countless directors, remain his most prominent works

The title is a masquerade, much like the film itself. The film “The Killer”, a homage to the films directed by Jean-Pierre Melville, isn’t really about assassinations, homicides, or fatalities. The surface, which is full of bloody carnage and sacrificial triad brutality, maintains a tough aesthetic appearance, but beneath the hard shell is an over-the-top assemblage of theatrical, interwoven narratives. While movies such as “City On Fire” and “Hard Boiled” are legitimately agitated films made even more so by a stray narrative or two full of tenderness, Woo’s 1989 offering may be the gentlest heroic bloodshed film to date. One can even wonder how much of the film is about Ah Jong, the eponymous killer. While he is an important character from the beginning to the finish, Li Ying, Jennie, Tsang Yeh, and Fung Sei are given adequate attention. 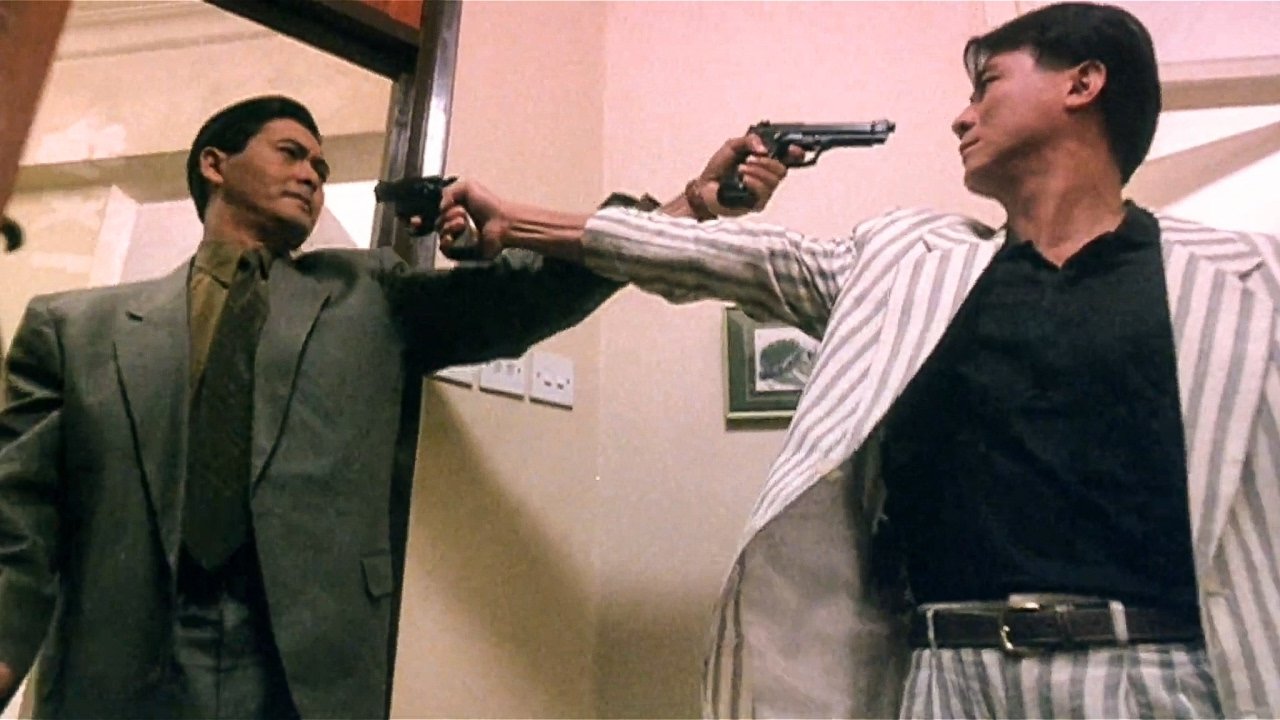 Companionship and integrity take centre stage instead of rage. A pair of heroes are alluded to in the Cantonese title. As a result, the primary police and criminal combo does not establish a villain. Ah Jong is a villain at the beginning of the film, and the cruelty in his intentions is reflected through Jennie’s disturbing vision. The audience, on the other hand, quickly grows accustomed to his character’s greyness. When Li recognizes Ah Jong’s conscientious, knightly core, the duo’s schism transforms into a strange fraternity that slowly but surely transcends all boundaries. As the movie reaches its conclusion, idealistic and moralistic boundaries are destroyed in favour of a hysterical romantic enthusiasm that can only possibly exist in the world of a Hong Kong heroic bloodshed movie.

The Christian motif of “The Killer” is underlined by Li Ying and Ah Jong’s chivalric attributes. Woo refuses to designate it as a religious film, but he does not ignore the relevance of Christian symbolism in the storyline. In the first scene of the film, Ah Jong expresses his lack of faith in God, despite complimenting the church’s tranquillity. In the same scene, he speaks about trust bestowed on a fellow man. In any religion, trust is a basic tenet, and perhaps the conversation is a hint of Ah Jong’s subconscious belief in God. The church appears several times in the film, enveloping Ah Jong on his road to redemption in anguish and ruin. The concept of trust and salvation is a good fit for Woo’s religious beliefs as a Christian. Interestingly, this marks the first usage of doves, a symbol of peace and purity, which would go on to become a recurring feature of Woo’s films.

Chow Yun-Fat provides one of the most incredible, conflicted, and morally concerned performances of his career as Ah Jong. Danny Lee, whose relationship with Chow’s character became the focal point of “City On Fire” (1987), once again becomes a true partner, banking of heroic trust rather than practical observations. Sally Yeh provides two beautiful vocal tracks, especially “Qian Zui Yi Sheng”, but her acting performance as the rapidly blinding Jennie leaves a lot to be desired. Amongst supporting actors, Paul Chu Kong is a perennial delight. The narrative provides his character, Fung Sei, plenty of chances to show his worth, and he often steals the show. In his best scenes, he is even better than Chow and Li. The cinematography seems coherent despite Peter Pau’s emergency takeover of duties, and the soundtrack by Peter Wu is iconic.

The primary inspirations behind “The Killer” are “Le Samourai” (1967) and “The Outlaw” (1964). While Woo uses the moral concerns and intermingling of villainous and heroic characterizations from the ’60s movies, his 1989 release is a tremendously cathartic, piercing experience that cannot be compared to anything. A crime-action movie is not supposed to make the viewer reach out to their friends, hug them and thank them for their undying loyalty. “The Killer” is an undisputed masterpiece of fraternal understanding that overtakes the questionable decisions required to maintain the said understanding.