Well, you know what they say: “If you can’t join them, eat them.”

Alright, maybe that’s not quite it, but as far as declarations of rejection against unassailable one-percenters go, it’s an expression perfectly applicable to The Menu, Mark Mylod’s deliciously scornful and wickedly funny takedown of foodie culture. Mylod makes a seamless return to film after helming several episodes of Shameless, Game of Thrones, and, most recently, Succession. It’d be presumptuous to assume that his experience in the realm of satirical black comedy would immediately imbue the director with contempt for the elitist swellheads who have each paid $1250 to privately dine at the exclusive island restaurant, Hawthorne, but he sure knows how to make it appear as if it does. Built off a script by Seth Reiss and Will Tracy, The Menu (2022) smites and stuffs the few who take with little regard for the many who go out of their way to give. And while it’s far from the first film with a disposition for burning the rich to a crisp — plenty has been brought to the table in 2022 alone — the myriad of flavors it assembles along the way ensures that its palate is never dulled by a bitter aftertaste.

Hawthorne is a labor of precision, the brainchild of the world-renowned Chef Julian Slowik (Ralph Fiennes), his icy hostess Elsa (Hong Chau), and the borderline militaristic kitchen he can bring to a grinding halt with a booming clap of his hands. Among the dozen who have paid to sit in full view of Slowik’s culinary barracks are a fading actor (John Leguizamo) and his assistant (Aimee Carrero); a trio of bro-ey businessmen (Arturo Castro, Mark St. Cyr, Rob Yang); a snobby food critic (Janet McTeer) and her editor (Paul Adelstein); and a pair of regulars (Reed Birney, Judith Light). The Menu introduces each of these players like the most pitiless whodunit; everyone has secrets that come to light as the evening unravels and each dish is served with a side of bloodshed and a helping of skeletons fresh from the closet. 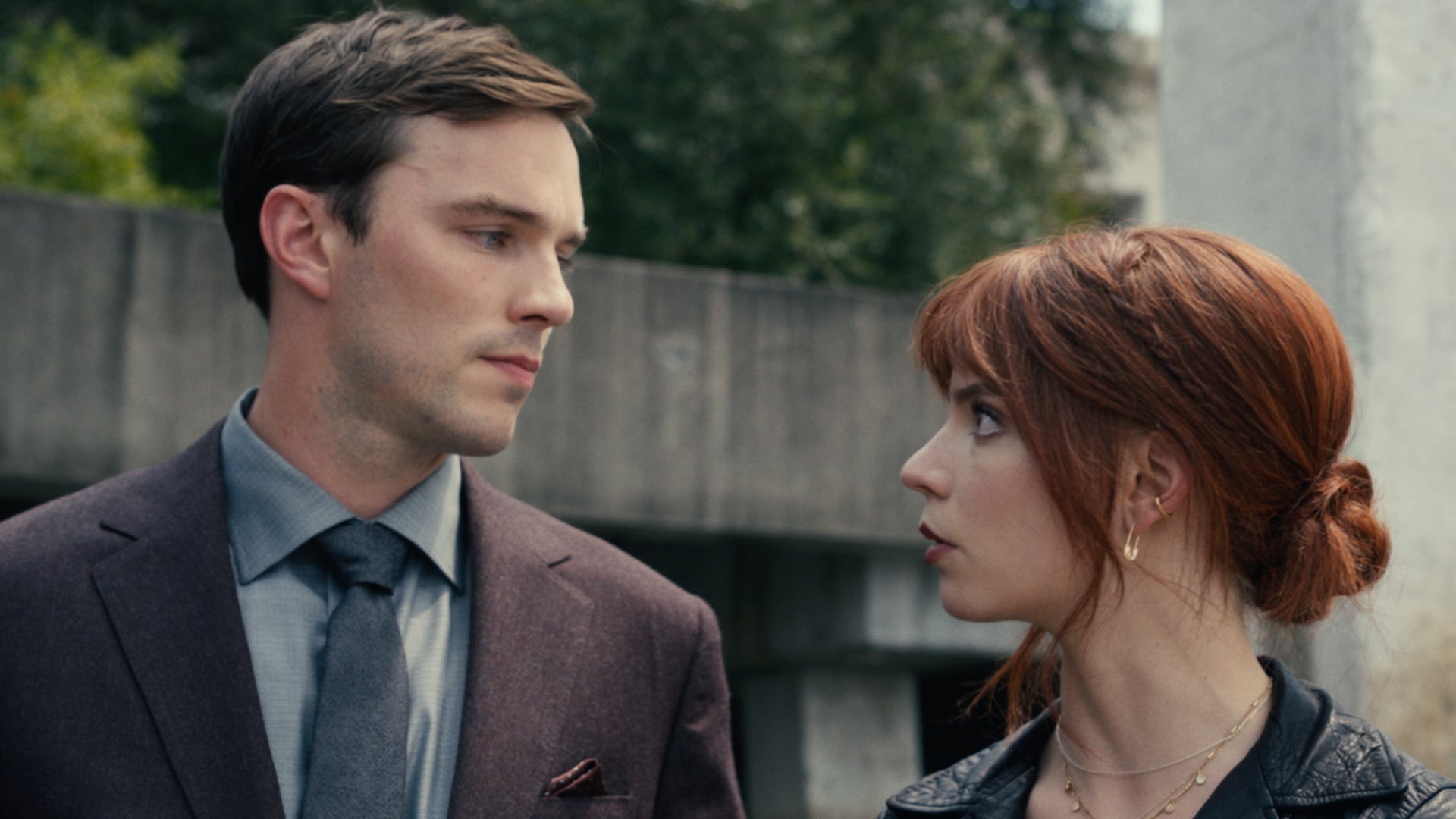 That could not be truer for Margot (Anya Taylor-Joy), the audience surrogate who has a very different outlook on what the evening will entail than her obnoxious date, Tyler (Nicholas Hoult). Tyler is an obsessed advocate for the artistry taking place in the kitchen. He knows everything there is to know about a nice meal except how to make one. His condemnation of Margot’s smoking habit is not out of concern for her health, but for her taste buds. Hoult is no stranger to playing the incompetent boor prone to pratfalls, as evidenced by his work in The Favourite and Hulu’s The Great. Perfectly content to let most of the script’s biting humor come at his own expense, he’s a killer foil to Taylor-Joy. Tyler would readily kiss Slowik’s ass before he’d kiss Margot, who remains the most dubious of Slowik’s appeal. She’s the odd one out in both attitude and, it would appear, financial stability and the chef stares her down as though he’s well aware. But with Taylor-Joy’s stone-faced rationality in the role, we know she’s the best suited to survive the night.

She’s pitted against a delightfully manic and unhinged Fiennes, who, as the enigmatic Slowik, is the only one keen to spill elements of his life story through the meals he prepares, all without ever revealing the secrets behind his eccentric recipes. A far cry from the bold, if not over-the-top, villains he has played before, Fiennes gets the best of both worlds as he conjures up the relatability of a stifled artist who sold his soul long ago and the sadism of a man who has reached his breaking point. For all of its cold disdain for the upper class’s snooty prerogatives, The Menu is often at its best when Fiennes and Taylor-Joy share their screen time together, united in their exasperation and the attacks they are forced to absorb from the insufferable spenders who have not learned the value of what they are putting their money towards. The difference is that Slowik’s method of dealing with his years-long disillusionment is a bit more costly in and of itself. Just not exactly a cost in dollars.

True to Slowik’s meticulous nature, the events that unfold under his watch owe plenty of their horrifically scathing effect to production designer Ethan Tobman and cinematographer Peter Deming. Hawthorne is at once a one-room exercise in tension and a labyrinthine murder house of endless twists. Deming’s work, in particular, really shines when the film cuts between the Hawthorne staff’s preparations and the intertitles that introduce elaborately composed shots of the meals themselves, complete with on-screen descriptions that clue us into just how stupid it can be to take an ordeal like this seriously. Fold in a nerve-wracking score from Colin Stetson and you’ve got a slice of vengeful terror that only magnifies the script’s creative strategies for scoffing at the ridiculous tendencies of those who unironically fancy themselves modern-day patricians but are actually just walking stereotypes.

The Menu (2022) has easy pickings given that the target of its jibes is simply that amusing to pick apart, and has yet to provide an explanation to convince us that it’s not. Reiss and Tracy, of course, have no opinion on the food itself but are curious enough about the nature of artistic passion and the miscreants who take it for granted that the notes they conclude on, though uninspired, would land just as well if the restaurant had been replaced by an art museum or a movie theater. McTeer’s character could have been reviewing the libretto of a Puccini opera or a bit of Mylod’s masterful work on the small screen and she’d still quietly be the haughtiest person in the very small room. It’s that bit of universality that packs the strongest bite, giving The Menu a petite cherry atop its sundae of meanness, a delectable treat that’s worth ordering again after it goes down sweetly.