Home»Reviews»Great Films»The Pianist [2002] Review: A Poignant Commentary On the Horrors of the Holocaust
Great Films/Reviews

The Pianist [2002] Review: A Poignant Commentary On the Horrors of the Holocaust

Context. Perspective. Aftermath. These words are continuously called into the minds of the viewers while watching Roman Polanski’s masterpiece, The Pianist. A favorite at the then award shows sweeping multiple awards, including the Palme d’Or and the Academy Award for Actor, Director, Screenplay- The Pianist is a very strong representation of the sensibilities prevailing during the Holocaust.

‘Context’ becomes very important while watching the movie and rightly so. After all, how could the millennial generation understand something that is entirely alien to them? The world is radically different today, we do not have any great wars. Yet, the world is becoming increasingly paranoid. The great wars were fought on lofty ideals, today there are no great ideals- just identity theft. And while there are umpteen reasons why a movie such as this would never reach this generation as much as the previous ones, it does open doors- we need to see what happened then and make of it whatever we want to.

‘Perspective’ is another important thing that comes into play here. Often, it is has been seen that historical narratives are biased or one-sided, at best. While everyone is free to offer their own narratives, it is the narrative backed by the most powerful agency that endures. American narrative on the world wars has not only dominated academia but the film industry as well. War, however horrific, definitely makes some people very rich. Well, in the case of Hollywood, it has continued to make filmmakers very rich. 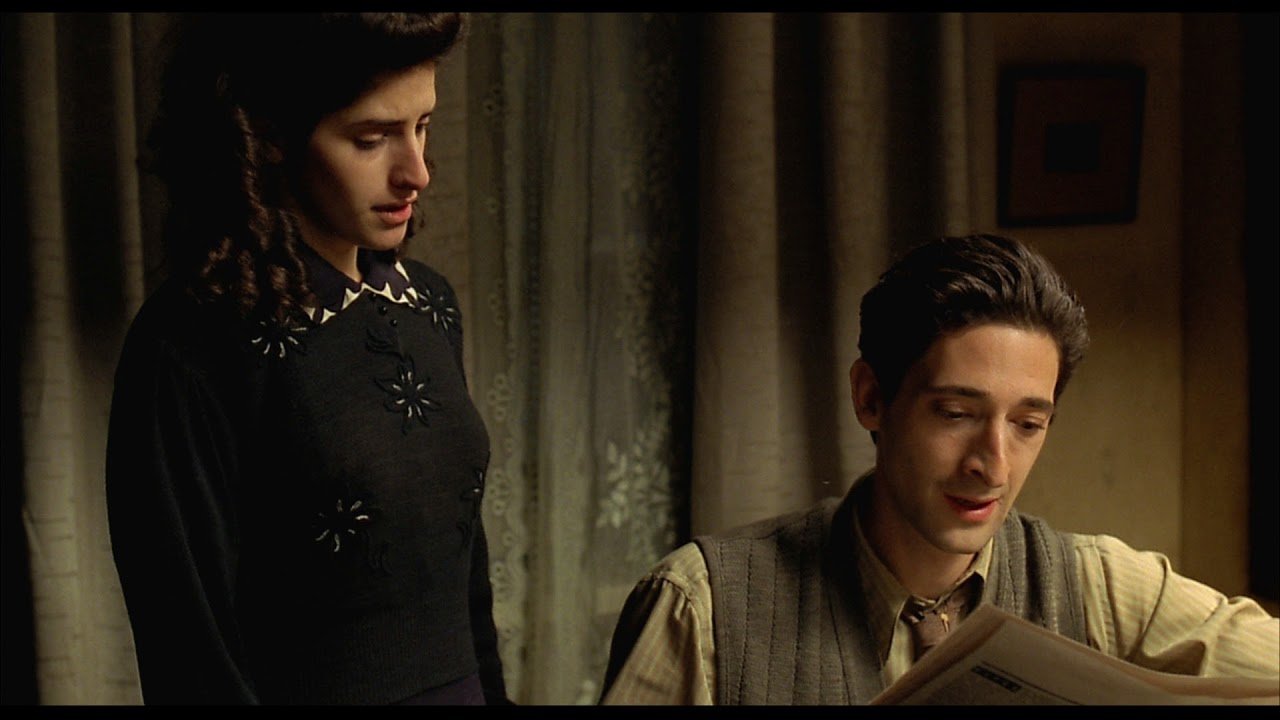 While there are indeed some films which stand out as brilliant, many of them are flawed narratives. The whole American narrative focuses on the triumph of the righteous, while graphic violence cluttered with technology is used to add effect to it. War seems a just reason to redeem the world and everything in between seems justified. But, there is a completely different narrative, mostly untold in Hollywood- that of a survivor’s. The survivor is not portrayed as a hero like in the American narrative- he has somehow survived by running away and not fighting injustice. The wounds inflicted are permanent and nothing goes back to normal once the war is over. There are no medals of honor nor any celebration of the war heroes, only a sense of profound loss.

The Pianist has two Holocaust survivors- Roman Polanski and Władysław Szpilman (Adrien Brody). Polanski himself escaped the Kraków Ghetto when his mother died. It is quite obvious that his narrative would be quite different as well as uncluttered from technology- something American filmmakers haven’t done yet. The movie opens to a brilliant piece by Chopin played by Szpilman, who is a pianist at the Polish radio station. Poland has just been attacked by Germany and we get to see how this affects the life of Szpilman and his family. The movie is the story of how he survives the horrors of the Holocaust through sheer luck and desperation. The walled ghettos are a site in the movie and how millions of Jews were exterminated in Operation Reinhard makes for a nauseous viewing.

Violence is quite graphic in the movie- shooting of Jews in the heads, burning down of hospitals and buildings, a man in a wheelchair is tossed off a balcony, a man lying injured in the road is run over by a tank. But it is not without purpose like some other movies. Polanski has a difficult story to tell and his art shines throughout the movie. A particularly touching scene in the movie is where Szpilman’s entire family shares a caramel before being sent away to the extermination camp. The profound sense of shattered families and lost homes is heartbreaking and this is where the sheer cruelty of Nazis shines on us.

Adrien Brody delivers a stellar performance. His transformation from a suave pianist to a desolate skeleton desperate for survival is outstanding. The movie manages to use him well. However, the last leg appears stretched and creates a sense of monotony. A lack of sense of drama is also visible which, though is a chilling portrayal, gives the narrative a lull. The rest of the characters come and go just as they are meant to in a lone survivor’s life. A particular thing which seems lacking in the narrative is Szpilman’s reaction to the murder of his family and his losses in general. He seems to go all the way quite numb to everything that has happened in between. The only reaction powerful enough is when he plays Chopin’s ‘Ballade No. 1 in G minor’- a reminiscent of his earlier life as a pianist in stark contrast to what the war changed him into.

The cinematography of the movie is top-notch. Polanski’s own background seems to help the cause of filming well. The movie was primarily shot in Babelsberg Studio in Potsdam, Germany where most scenes of the ghetto and neighborhood were shot. Soviet barracks were created and even the hospital was used to provide realism to the visual narrative. The flow of the movie is such that it grows on the minds of viewers- slow but tender. This lends a sense of drag in some parts of the narrative due to less visual tension but at the same time, it makes the narrative sensitive and real.

The Pianist has a difficult story to tell, especially when the story is nearly biographical. The irony at various points in the movie is starkly evident. War has a strange effect on people- it reduces them to gut-wrenching survivors. Szpilman’s journey from a successful pianist to a numb survivor is proof of that. The movie does end on a positive note. It shows the transcendent and unifying nature of music and art. But it never talks about the ‘Aftermath’. What inspired the worst in humankind is another story. But, yes, the aftermath is still scary-the wounds this deep rarely heal. The Pianist remains one of the best works of Polanski while also being the most touching. The movie has some minor flaws but how can the true account of a Holocaust survivor be entirely perfect?

The Wind [2019] Review: A Menacing Portrait of Isolation

The Pianist [2002] Review: A Poignant Commentary On the Horrors of the Holocaust