Italian documentary filmmakers Alessio Rigo de Righi & Matteo Zoppis’ foray into fictional filmmaking feels like an extension of the 2015 documentary feature “Il solengo.” Both the 2015 film and their latest “The Tale of King Crab (Re Granchio)” find old hunters who have gathered together for what feels like a fest, and tell the tales of outcasts, sans a hermit and a wandering drunkard.

A whole lot of “The Tale of King Crab,” at least a major leg of the first chapter feels like its capturing a raw, simplistic, and real story. In a way announcing the slight departure for the filmmaking duo from their documentary style to a more visually sumptuous, yet bizarre treasure hunting plot that feels more Herzogian than it initially made you feel.

The story, however, begins with a few elderly hunters discussing the life of a 19th Century man named Luciano (Gabriele Silli). He has returned from a mental asylum (or at least that’s what the villagers claim) and is addicted to alcohol. When he is not drowning himself in the ecstasy of the bottle, he aimlessly walks around the village where his father is a local doctor.

Related to The Tale of King Crab – Bela (2021): A Hypnotic Exploration of Time, Moving and Mysterious in its Rhythms

He is also quietly smitten by a local beauty named Emma (Maria Alexandra Lungu) whose father is an uptight Shepard who doesn’t see eye to eye with Luciano. Luciano, on the other hand, dwells in some kind of poetic chaos that is not explained in any section of the film. One of the reasons for the chaos in his head and the anger in his blue-tinted eyes is the oppression the people have to face at the hands of the local prince. 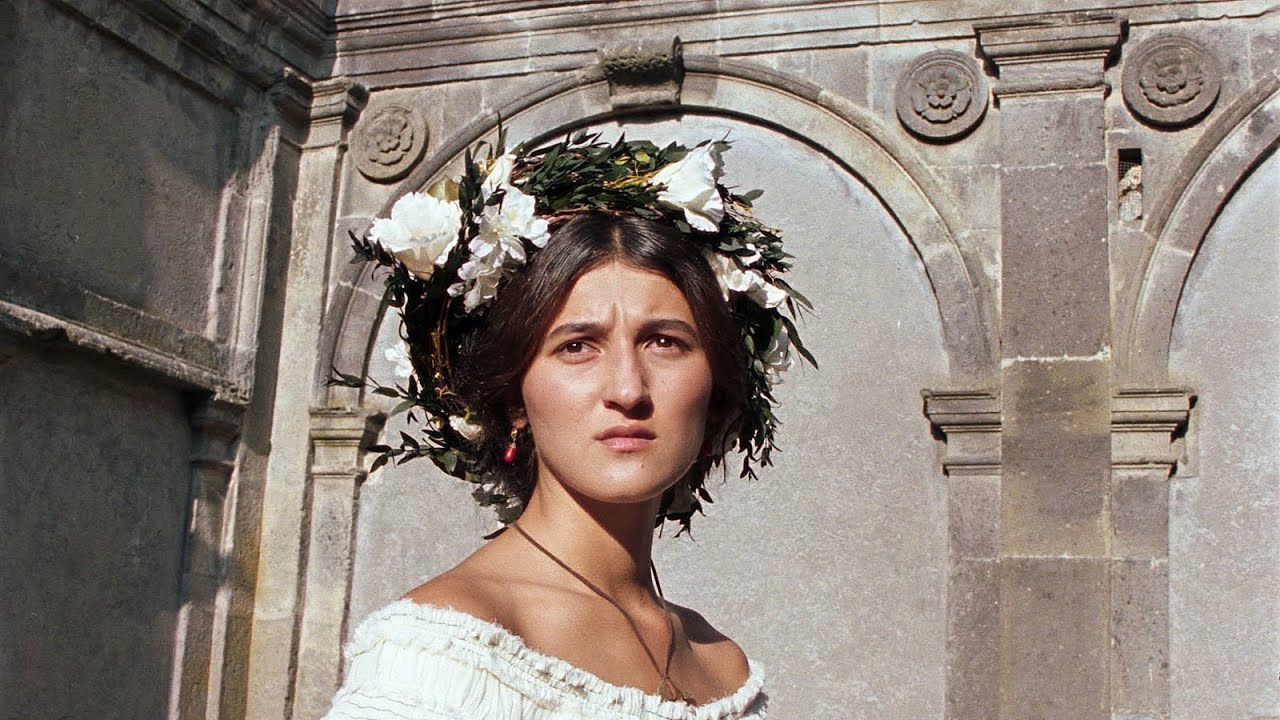 However, before we can settle in on the oppression of the oppressors, Luciano revolts against one of their acts by forcibly opening one of the wooden gates that they shut; making the shepherd take a long way around. And before we know it, the horrors of fate sets in and the film shifts gears into its second chapter that also takes a sort of detour and tonal shift from the first one.

The second chapter takes place in Tierra del Fuego, Argentina where Luciano has been exiled. He is impersonating a preacher and is held at gunpoint by a bunch of pirates who think that he is the only one who knows about a hidden treasure, the map of which can only be found by following the ways of a crab that supposedly serves as their compass.

The film then takes a cue from slight westerns with proper standoff and such. However, it never actually reaches its primal aim of telling us how stories twist within themselves, and through time they change and become more and more personal. The film benefits greatly from Simone D’Arcangelo’s gorgeous camerawork, especially in the final moments of the film (with an ending shot that would be registered in cinematographic books). But this visually sumptuous magic-realist adventure aimlessly transverses through Herzog-land, while taking pit-stops at Lucrecia Martel avenue and most recent inspirations from contemporary Italian filmmaker Alice Rohrwacher (Happy as Lazzaro).

Gabriele Silli who plays Luciano is an artist and a painter apart from being close friends with the directors. His screen prescene is incredibly captivating, but the screenplay, that is almost always confused between following a character driven approach or let the visuals take over, doesn’t provide him anything substantial. His romance with Maria Alexandra Lungu who plays Emma also doesn’t feel like something that would ache until eternity.

As a stand-alone adventure, this primitive tale about telling tales feels incredibly cold and distant. The aimless style of “The Tale of King Crab” only go a few steps ahead, but when it circles back, it just doesn’t stick around with you.