Till Death [2021] Review – An insipid film devoid of any tension

Till Death, the movie had a perfectly compelling idea – a woman wakes up to the handcuffed body of her dead husband and must try to fend off hired killers sent to kill her and rob the house she is in. Perfectly serviceable, if not entirely original. It is the testament of film-making as a form of collaborative effort that even an interesting premise such as the above, becomes such a boring slog for the majority of its 88-minute runtime.

Megan Fox as the lead isn’t really a choice out of the left field. Horror aficionados would remember her turn in Jennifer’s Body, but here Fox is asked to do multiple facets of her character. Showcase her character as a trauma survivor, stuck in a dead marriage with a husband who is a sociopath at best and psychopathic at worst, and then become a trauma survivor again. It is impossible to do that though when you only have one expression on your face.

Related to Till Death – The Woman in the Window [2021]: Netflix Review – Predictable Hitchcockian thriller dwindles while trying to outsmart the viewer

Harsh criticism that might be, it isn’t entirely invalid. And it becomes harder for the audience to both root for her as well as sell her plight when any sort of physical exertion, emotional trauma, angry tirade, all are delivered at the same monotone of voice. It also doesn’t work that the first half of the movie is genuinely a slog, devoid of any tension whatsoever. Eoin Mackey, who plays Fox’s husband doesn’t fare that well either in the performance department; he and Fox have zero chemistry whatsoever, which could be argued is the point as Fox is stuck in a dead marriage, but the chemistry shouldn’t be so far gone that viewers are completely checked out until a gunshot literally wakes both the viewers as well as the story up. 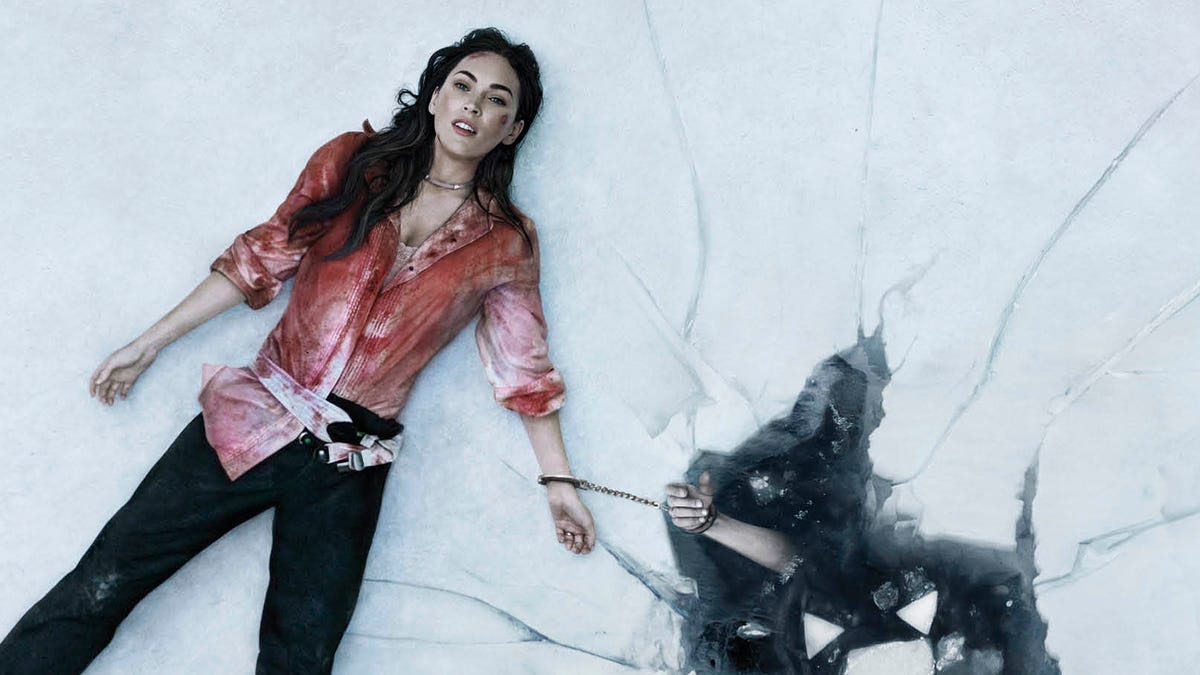 Imagine now that the story finally starts, after 25 minutes of slogging prologue and set-up – a woman handcuffed to the dead body of her husband, and trying to find a way to escape. Interesting set-up and in the hands of a better director could reveal opportunities for plenty of tension as well as a helpful dose of black humor. Unfortunately, neither the direction nor the editing helps the case, and what we are left with is Fox dragging a dead body throughout the house – either trying to find a working phone or trying to start her car but failing at all those tasks.

It’s not that all of the action isn’t predictable, it is that none of us are interested enough to ride the adrenaline wave that occurred immediately after the gunshot. At the halfway point, however, a separate event occurs which again causes a jump-start to the movie’s pacing, and unlike the first time, this time it more or less sticks till the end.

Part of the reason why your interest remains is because of performances by Callan Mulvey and Jack Roth, even as those characters make some very traditionally brain-dead decisions prevalent among characters in the horror genre. There are also some unintentionally funny bits of comedic action during this R-rated version of home alone.

The biggest issue with Till Death is that for a horror movie, this film is surprisingly devoid of any suspense or tension. For a screenplay this schizophrenic and clever, the movie needed a strong sense of tone and direction. There are some genuinely good moments in this film, clunky exposition and bad direction aside. The last shot in the frozen lake is definitely a highlight. The inverted camera work reminds you of Gaspar Noe’s Climax but that’s the problem. I was never invested in the movie in the beginning, even as I tried to. That is not a position any movie, especially a horror movie wants to be in.

5 Advantages Of Playing Online Slots You Need To Know

Till Death [2021] Review – An insipid film devoid of any tension