Trying (Season 3), Episode 4 Recap & Ending Explained: Trying, the Apple TV+ series shows a couple in the perpetual state of trying. They are either trying to have a kid of their own, trying to make the ends meet, trying to impress their foster kids, or trying to impress the deciding committee to let them adopt these bundles of joy. It wins you over due to its sensitive narration reminiscent of another series native to the platform – Ted Lasso. With its third season, Trying shows Nikki and Jason finally being able to fulfill their wish of being parents, even if probably for a brief period.

In its third season, the narrative of Trying is going through a phase of adjustment for the couple and their growth from being self-serving adults to being mature as parents. They want the kids to stay with them for a longer period and are ready to do everything necessary to achieve it. In this journey, Nikki (Esther Smith) and Jason (Rafe Spall) have an obstacle in the form of their newly appointed council worker, Noah (Karl Collins), whom they need to convince that they are suitable as parents. The third episode titled ‘Little Steps’, starts with the couple on their way to meet Noah – rehearsing all the important details about the kids so that some minor mistake shouldn’t take away this golden opportunity from them.

Unlike their previous council worker – Penny (Imelda Staunton), Noah appears rather cold and distant. That makes them even more nervous to appear in front of him. Their meeting starts on an awkward note and progresses with more hiccups. He tells them that both Princess (Eden Togwell) and Tyler (Mickey McAnulty) need to be able to rely on the couple and learn skills that will be necessary when they grow and become adults. Then suddenly, Jason’s phone starts ringing with a ringtone – that is not ideal to be played around kids. Nikki sees Noah noting down something about it, but he covers his notepad right after. We note the growing anxiety on Nikki’s mind through this interaction.

On their way back home, the couple discusses their plans for Tyler’s birthday celebration. When they reach home, they overhear someone already being in there – which they soon realize to be a couple looking at their flat with an interest in purchase. Later, when Jason goes to Tyler’s school to pick him up, he thinks of speaking with another parent – as a way to bond with a parent and not a friend like he and Nikki used to. However, he becomes unsuccessful in his attempt. Meanwhile, Nikki meets Karen (Sian Brooke) and learns about her pregnancy. Nikki does not understand how to react to this news. While she should be happy that her sister is pregnant, she can’t react with instant joy since she couldn’t have a kid of her own. Through her hug right after, it becomes clear that she is not entirely happy about this news.

Later, when she goes back home and meets Jason, she tells him about Karen’s pregnancy and starts crying. Will their kids be able to love them the way Karen’s kid will love her? Nikki is heartbroken by this thought and Jason tries to console her when they speak about their anxieties. When they start speaking about his attempt at being friends with other parents, he mentions that he couldn’t do it. After a while, they start speaking about the guests invited to Tyler’s birthday party. She feels bad that the invitees are largely from their age group and hardly any children are coming. She wants more kids to be there so that Tyler learns to socialize – a necessary skill as an adult (a reference to what the council worker said). 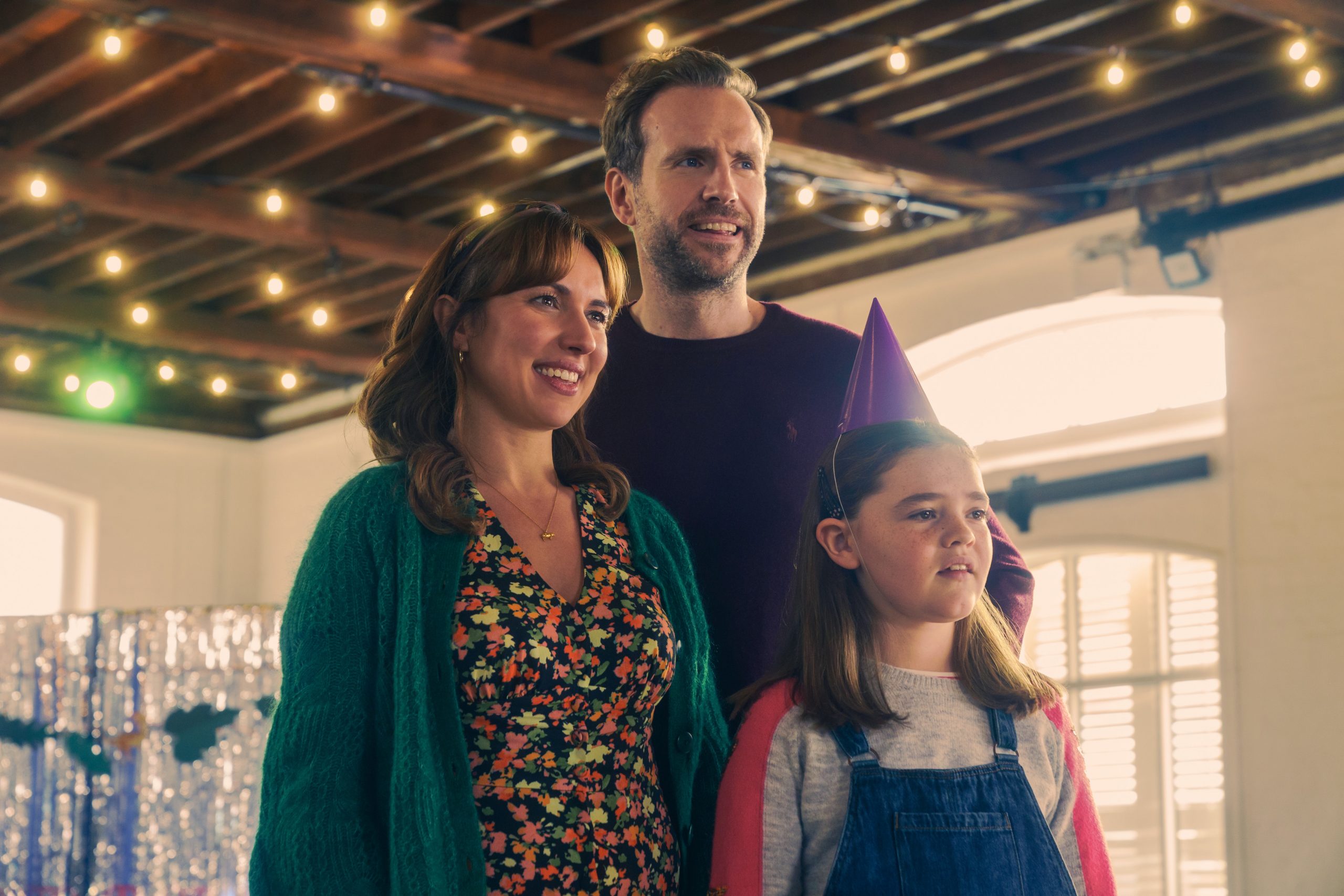 The next day, when several kids arrive at the birthday party along with their parents, Tyler seems rather scared. Meanwhile, when Carol arrives at the party with the birthday cake, Nikki sees Scott (Darren Boyd) accompanying her as a clown. Like every other time, Scott seems to have taken his role a little too seriously and Nikki fears that kids won’t be able to have fun with his act. After some time at the party, Nikki and Jason realize that Tyler himself is nowhere to be seen and start looking for him. Suddenly she finds him sitting under a table by himself. Having not been used to these many people around him, he becomes anxious and does not mingle. He mentions the same to her. She then tells Jason to accompany Tyler for a time until she goes back to the party.

Karen mentions how Princess seems bored during the party and her consolation to Nikki sounds rather rude and condescending. Meanwhile, Jason shares some kind words with Tyler and goes out to bring something to eat for him. By that time, Nikki joins Tyler and tells Jason to go back to the party. Under the table, she overhears Karen speaking about her feelings and being vulnerable about the pressure of being a parent at her age and the health-related complications that come along with it, which makes her feel sad for her sister. She then speaks with Tyler and makes him confident enough to get out and take a little step out along with her.

Scott starts his act as a clown, which is not suitable as an amusement for kids as it should be. He seems lost in his intellectual world while kids laugh at his randomness. Karen speaks with Nikki about her fear of being a parent and how she’s not good with kids beyond organizing them – which she has learned over the years as a teacher. Then she sees Scott embarrassing himself and tries to make the act entertaining on her own. She gets on the stage and smashes a cake on his face to which kids start laughing. She seems overjoyed due to their reaction and keeps repeating it.

Meanwhile, when Scott tries to smash a cake back on her face, she tells him that she shouldn’t have it since it has raw eggs. That’s when Scott gets to know about the pregnancy. The scene ends with a moment of a sweet embrace between them. The next morning, Tyler and Princess hear a shoutout to them on the radio. The earlier day along with this delightful surprise makes his head out to his school much more confident. While that happens, Jason also seems to have grown and become friends with one of the parents. The aptly-titled episode shows the little steps all the characters take towards being more mature and growing into selves with more compassion, growth, and self-assurance.