Shantaram (Season 1), Episode 5: The fifth episode of Shantaram, ‘The Sin in the Crime,’ unravels all the problems of the show that have been bubbling since the beginning. Plot-wise, it moves around in circles. The clunkiness of the dialogue becomes too evident because of the heavy focus on conversations, with a lot of drunken philosophy getting peddled around without the least bit of irony. There’s a green screen scene that is extraordinarily bad, worsened by the fact that it’s a scene that doesn’t need to have CGI.

Didier welcomes Lin at Reynaldo’s as he attempts to figure out just why the latter would voluntarily live at Sagar Wada. Maurizio and Modena are there, too, as they conclude a brown sugar deal with another client Lisa has brought for them. Lisa comes over to say ‘Hi’ to Lin, at which point a confrontation occurs between Lin and Maurizio owing to the latter’s disappointment at finding Lin still in Bombay. Lin jokes with him and is warned by Didier and Karla to look out for himself as Maurizio won’t forget the insult. Lin tells his story about sourcing black market medicines to help the neglected people of Sagar Wada to Didier, Karla, and two new guests, journalists by the name of Kavita and Nishant. Lin’s altruism makes Kavita come up with a scoop about the white doctor who lives in a slum and helps the local population there. Back at home, Lisa calms Modena’s doubts about the past between her and Lin, and it’s clear that she likes Modena back. 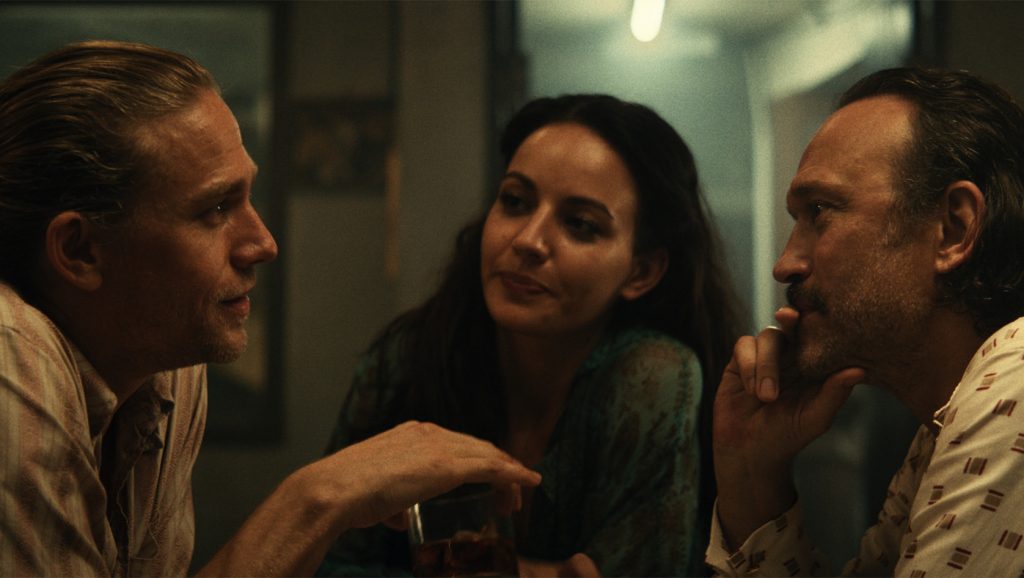 On ‘ration day,’ when the people of Sagar Wada receive their heavily subsidized rations, Lin is given a generous share by everyone, as Qasim declares it a sign of being one of them. On the other hand, Kavita pitches her plan to do a story on Lin to Nishant, convincing him that it’s much better than the celebrity gossip they generally peddle. Nishant asks Kavita out on a date at the same time.

At a party, Khader approaches Minister Pandey, but as he tries to get him on his side, Walid appears and reminds Khader that he already owns Pandey’s loyalty. Khader’s words reveal that he believes Lin’s work at Sagar Wada to be influential enough to eventually turn the votes in favor of what Khader wants. Outside the party, Karla asks Khader whether his intention of bonding with Lin was to use him in his pursuit of Sagar Wada. While Khader denies an allegation of such expediency, his words reveal a clear ulterior motive in his friendship with Lin as he finds out about Karla’s friendship with him. Khader takes Karla to a school for orphans he funds, where he talks about his moral compass. Here, he confesses to Karla that he loves her like a daughter and that her relationship with him won’t be damaged, regardless of which side she chooses.

Abdullah brings a Royal Enfield bullet for Lin as a gift. The sight disturbs many people in Sagar Wada in discovering that their beloved doctor is in bed with the local mob. He’s initially reluctant but agrees to take the gift when Ravi joins Abdullah, teasing him that he can’t ride it. With Ravi, Lin takes the bike on a test ride to Reynaldo’s. While Lin and Abdullah are chatting, they notice Rafiq and his men sitting and watching them. Lin walks up to clear any misunderstanding between the two, but Rafiq spits on his hand and warns him.

Back in Sagar Wada, Qasim pays Lin the money he has collected from everyone at the slum so that he can use it to stock up on medical supplies. Lin doesn’t want to accept it because his enterprise is funded by Khader, something he doesn’t reveal to him. Qasim’s words tell us that he knows about Lin’s wrong associations, and he’s also unhappy at Lin’s ‘brotherhood’ with Abdullah. When Kavita comes to photograph the slum and tells Lin about her plan to write a story about him, he vehemently opposes the decision, going so far as to snatch the film out of her camera and throw it away. At night, Lin tells Prabhu about Khader’s role in Lin’s work as a doctor. Prabhu knows that if Qasim finds out, he’ll have Lin thrown out from Sagar Wada, so he asks him to keep the money he’s being paid and keep quiet about Khader’s role in the functioning of his dispensary.

That night, at Khader’s place, we find out that the goon who beat Lin up at Sagar Wada and set the place on fire was Khader’s man, not Zhou’s. Lin doesn’t find out about this, though, and only pays Khader the money he got from Qasim, telling him that from that moment onwards, he will pay for the medicine and not take it as a charity Khader respects. Kavita snoops around and finds out Lin’s passport number as she tries to figure out why Lin is so hostile about not wanting his story told. At the slum, Parvati, who had told Lin earlier that she wanted to be a nurse, is reprimanded by her mother for neglecting her domestic duties in favor of her assistance to Lin. 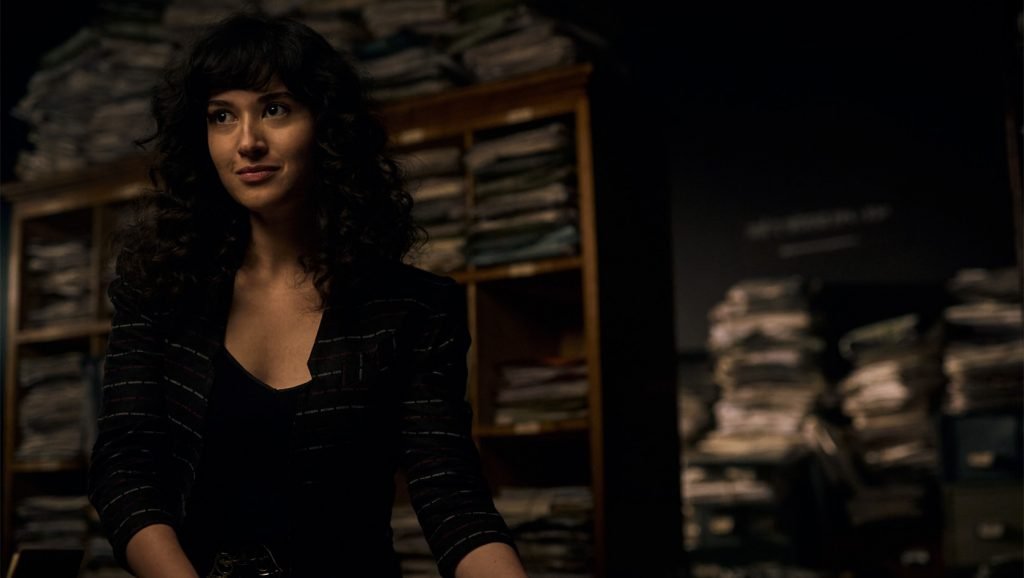 Lin goes to Karla’s place and the two start chatting about their lives. Placing his confidence in her, Lin outlines the events that lead to him showing up in Bombay, from his heroin addiction to his escape from prison. Karla tells Lin that her father shot himself to death when she was just 12, an event that greatly scarred her, causing her to lose faith in love and making her adamant about her self-reliance stance. As Lin and Karla kiss, she leaves midway, stating that she can’t go ahead with falling for another person.

Kavita, who had contacted the passport office in New Zealand, gets a call from them and finds out that the honest Lindsay Ford, whose passport Lin is using, died six years ago. The discovery of Lin’s fake identity visibly entices her to discover more about him, giving Lin freedom and an uncertain future.

Where to watch Shantaram