Tailgate (Bumperkleef) by the Dutch writer/director, Lodewijk Crijns, is quite the thriller that would satisfy the horror aficionados. Crijns manages to infuse the campy values that we often like to see in horror or thriller as such. The story might resemble a rehashed version of some cult favorites of the genre; Steven Spielberg’s Duel being the immediate one that would jump to the mind of viewers, once the story starts to unfold. But, novelty is not something you would feel the need of, as you progress with the film.

The film has a gripping opening scene. Credit to Crijns as he immediately gives the viewers a glimpse of what is yet to come, thus engaging them from the get-go, as the hapless bicyclist falls prey to the weed-killing gun of our antagonist, Ed (Willem de Wolf). At that moment we are not sure why, or even sure whether that Ed is an antagonist per se. The scene would keep you guessing, and hence serves its purpose of setting the tone of the thriller.

The main plot, however, revolves around a family led by the patriarch, Hans (Jeroen Spitzenberger), driving to spend the weekend at his parents’. If you remember Spielberg’s Duel, the protagonist there was shown to be timid and hinted not to be the ‘Head of the Family’. As if to deconstruct that premise, Hans here is overbearing ‘Head of the Family’; and Crijns honestly did not write the entire family in a light that the viewers would immediately find appealing to take the side of the family when confrontation arrives. Hans especially is not someone you would want to see win, in a matter of speaking.

This is another point where Crijns distinctly tries to take a different route than that of Duel. For here, it is evidently Hans’ fault that escalates the matter and not just some crazy truck-driver taking an offense at being overtaken. The eponymous ‘Tailgate’-ing is done by the protagonist here, and not the antagonist, and Hans could have simply avoided the impending doom if he was a little more polite. Not for nothing, it is said that civility costs nothing. 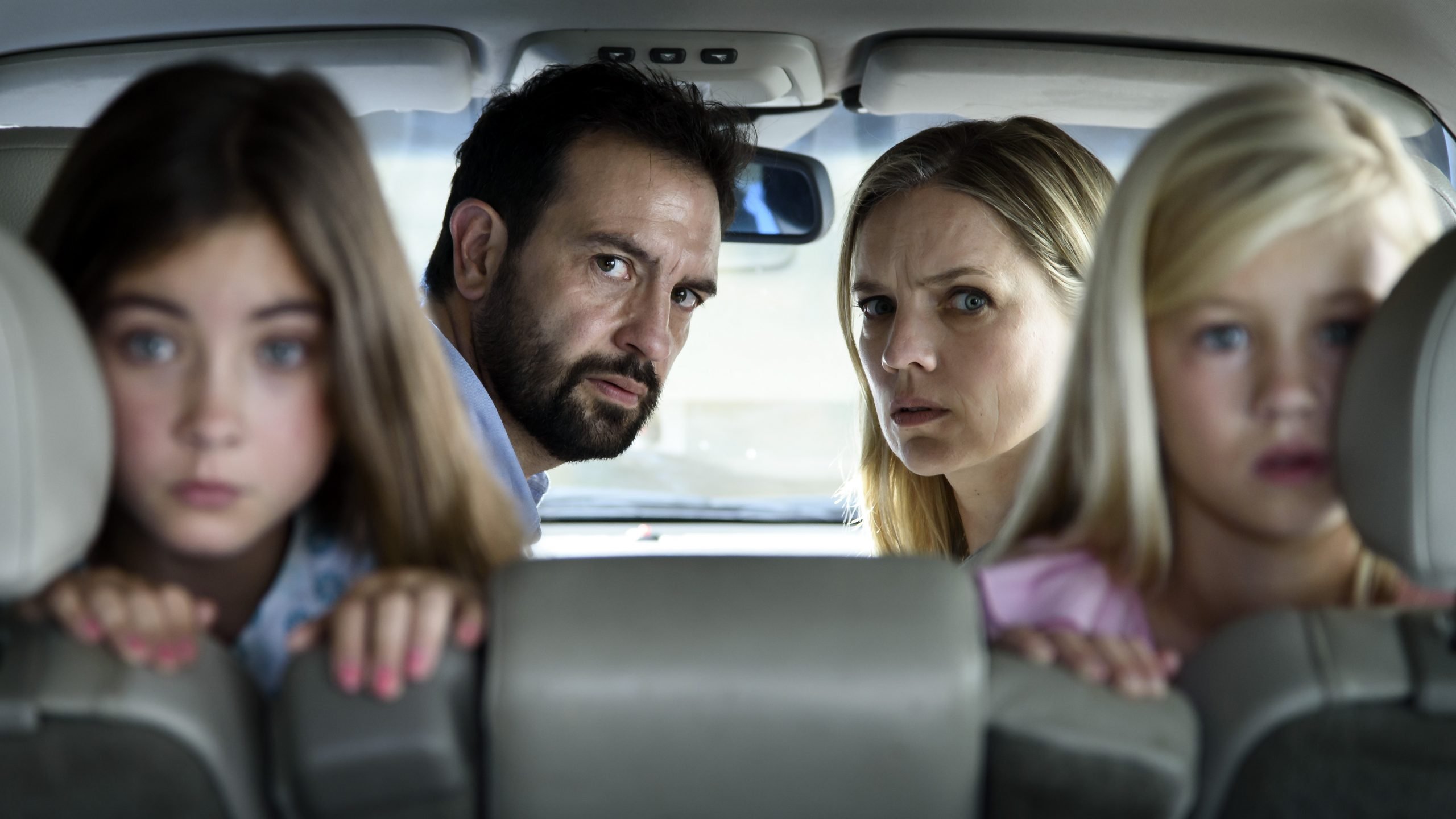 But Hans was not civil in his confrontation and thus starts the cat-and-mouse thrill ride, where the entire family gets chased by the growingly seemingly madman in his white van. Crijns does not set the story on mostly deserted highways but on quite congested suburbs. Doing so, a lot of turns that the story takes becomes quite illogical. Some of the decision-making of the characters would seem incredulous and thus it might require some wiggle room from the viewers’ parts in suspending logic.

In the latter parts of the film, the story turns away from the chase on roads and becomes the typical horror where you just can’t shake the menacing villain off and it goes towards the home-invasion genre territory. In most parts, the changes in the story do not become too drastic and thus it would continue to provide the chills. The film was shot and directed well, the chase sequences and action sequences are quite good.

However, the horror mostly comes from Willem de Wolf’s restrained portrayal of Ed, the madman. Willem de Wolf’s Ed would seem to take inspiration from iconic villains like Anton Chigurh from No Country for Old Men and Hans Landa from Inglourious Basterds. It is often said that horror is as good as its villain, and Ed’s coldness would definitely permeate the viewer’s mind and provide the necessary chills.

Jeroen Spitzenberger was equally up to the task as the unlikeable protagonist Hans. One of the high points of the film was when the women in Hans’ life, his mother and wife, drags him to the bathroom to wash the poisons off, inflicted by Ed. There Hans had to be naked literally, and figuratively as well as if to mark him devoid of all his machismo and bravado.

Overall, I would say ‘Tailgate’ is a film that would ask some logical suspension, but if provided that, it is quite the roller-coaster ride.

Tailgate was screened at the North Bend Film Festival 2021