Home»Reviews»Netflix»Kingdom: Ashin of the North [2021] Netflix Review – An Entertaining Spin-Off and an Origin Story
Netflix/Reviews

Who Is the Flower Seller?

I was disappointed with season 2 of Kingdom, a K-drama set in medieval Korea. My problem was how in the 2nd season, the creator Kim Enu-hee replaced the intriguing political conflicts with extravagant zombie action set-pieces and a plethora of ‘twists’. Moreover, the character arcs built in the 1st season moved nowhere in the 2nd. Even the chief antagonist, Cho Hak-Ju (played by Ryu Seung-ryong) was annoying after a point. Nevertheless, the 2nd season finished on a mysterious note, presenting us with the seller of the purple ‘resurrection’ flower. We didn’t know much about her except that she looked fierce and clad in warrior attire. Another intriguing aspect is that this mysterious character is played by Jun Ji-Hyun, a well-known Korean celebrity.

Before getting into the 3rd season and uncovering the bigger conspiracies threatening the Joseon dynasty, Kim Eun-hee has made a special episode titled Kingdom: Ashin of the North (2021). It’s an introduction to Ashin, the bad-ass warrior woman seen in the final shot of season 2. She comes across as the perfect force of darkness, who might become the archenemy for the heroic Prince Lee Chang (Ju Ji-hoon). Ashin of the North is compelling enough to sustain our interest in the Kingdom series. It focuses on certain political quagmire that existed in the Joseon dynasty (1392-1897) during the Japanese invasions of Korea (1592-1598). The 1st season of the Kingdom opens few years after the Japanese invasions. In reality, after a months-long military stalemate, Japanese forces withdrew their forces. But in the Kingdom universe, of course, the undead played a major role.

The Threat of Jurchen

In Kingdom: Ashin of the North, the Joseon dynasty, apart from dealing with the Japanese empire, is also haunted by a cut-throat Jurchen tribe. Jurchens are different tribal groups comprising of East Asian hunter-gatherers or semi-nomads, who largely lived in northeast China, now known as Manchuria. The border conflicts between Korean dynasties and Jurchens date back to the 10th century. In Ashin of the North, we see two kinds of Jurchens: the peaceful ones living on the borders of the Joseon dynasty; and the allegedly feral warriors conducting raids on the border villages and occasionally tries to annex parts of it which few centuries before belonged to the Jurchens. 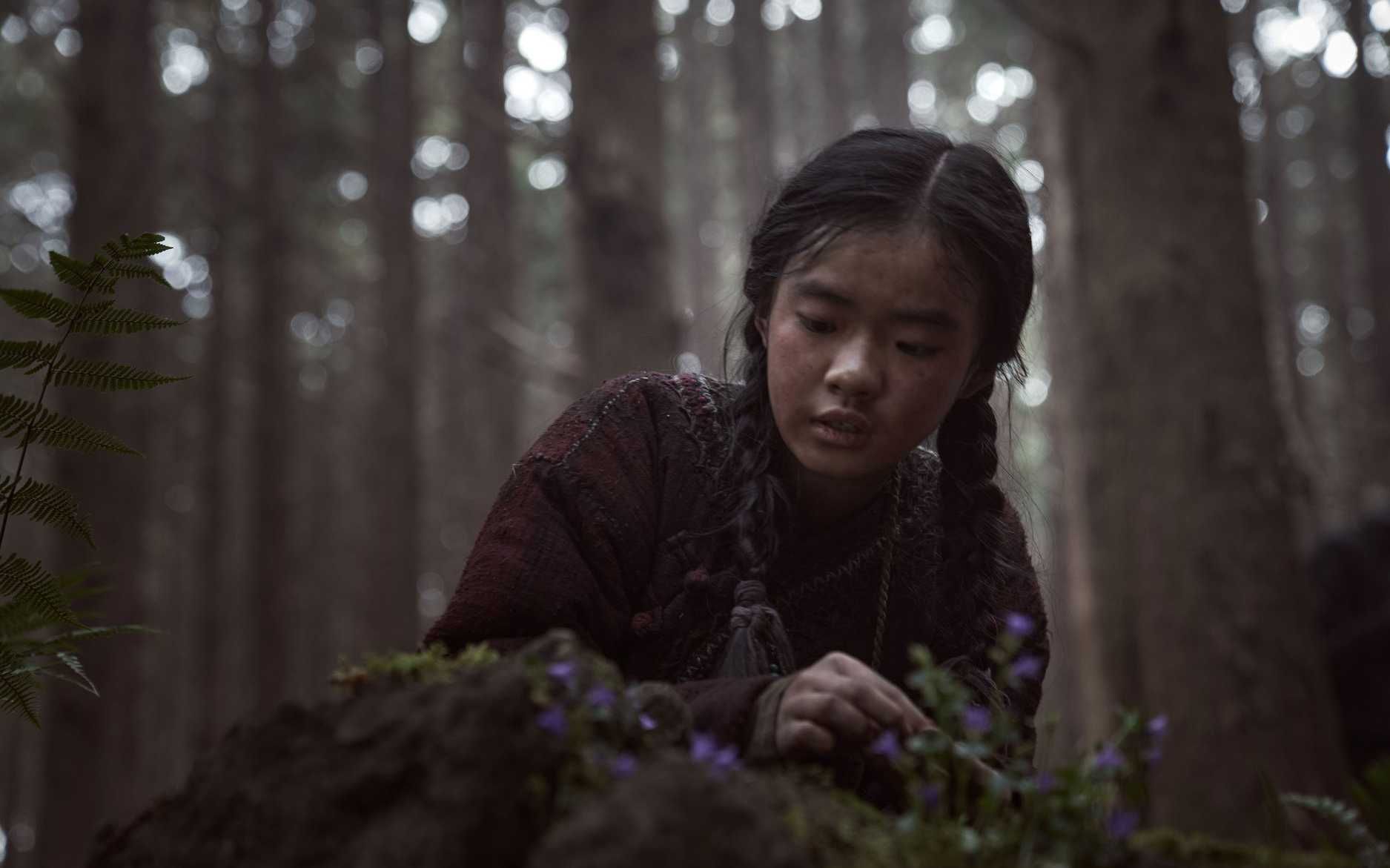 Jurchens living in the soil of Joseon are treated as low-born. The story begins with little Ashin (Si-ah Kim) stumbling across the purple ‘resurrection’ flower, deep in the forests. Her mother is seriously ill and Ashin comes across ancient engravings, which say how the flower can miraculously bring back the dead. There’s also a warning that there will be consequences. Meanwhile, on the outskirts of Ashin’s border village, a group of Jurchen rebels – belonging to Pajeowi tribe – who went missing are found brutally murdered in the forest. The chief government official Min Chi-rok (Park Byung-eun) investigates the crime and finds the perpetrator behind the murders. It’s definitely not someone he could go after.

The Cover-Up and a Bloody Massacre

Official Min orders Ta Hab (Roe-ha Kim) – Ashin’s father – to travel to the other side and spread the rumor that the warriors of Pajeowi tribe were killed by a monstrous Tiger. Ta Hab is working as a spy for Joseon, hoping that he can uplift the status of his people and gain an official title. He works as a butcher, and earlier we witness how the Jurchen village is condemned to occupy the lowest rungs of the social hierarchy. At the same time, the warriors of Jurchen consider the villagers dwelling on the borders of Joseon as traitors.

In this political game, the villagers sandwiched in a volatile situation are brutally massacred by the Pajeowi. Ta Hab is supposedly murdered on the other side of the border since he is identified as a spy for Joseon. Ashin, fortunately, or unfortunately, is the sole survivor who goes to the woods to look for the purple flower in order to bring back her dead mom.

Rise of an Avenger

Ashin comes begging to official Min to avenge her father and the villagers. For years, she endures the atmosphere of oppression. Nevertheless, she trains herself to be a skillful warrior and also commits herself to the job left by her father. On one of her spying trips, she comes across a dark truth and suffering that shapes her path. Back at the Joseon military outpost, she uncovers a treacherous act which further provokes a murderous rage within her. She unleashes the curse of the purple flower on those who wronged her. This subsequently seems to have set the path for events that unfolded in the 1st season. 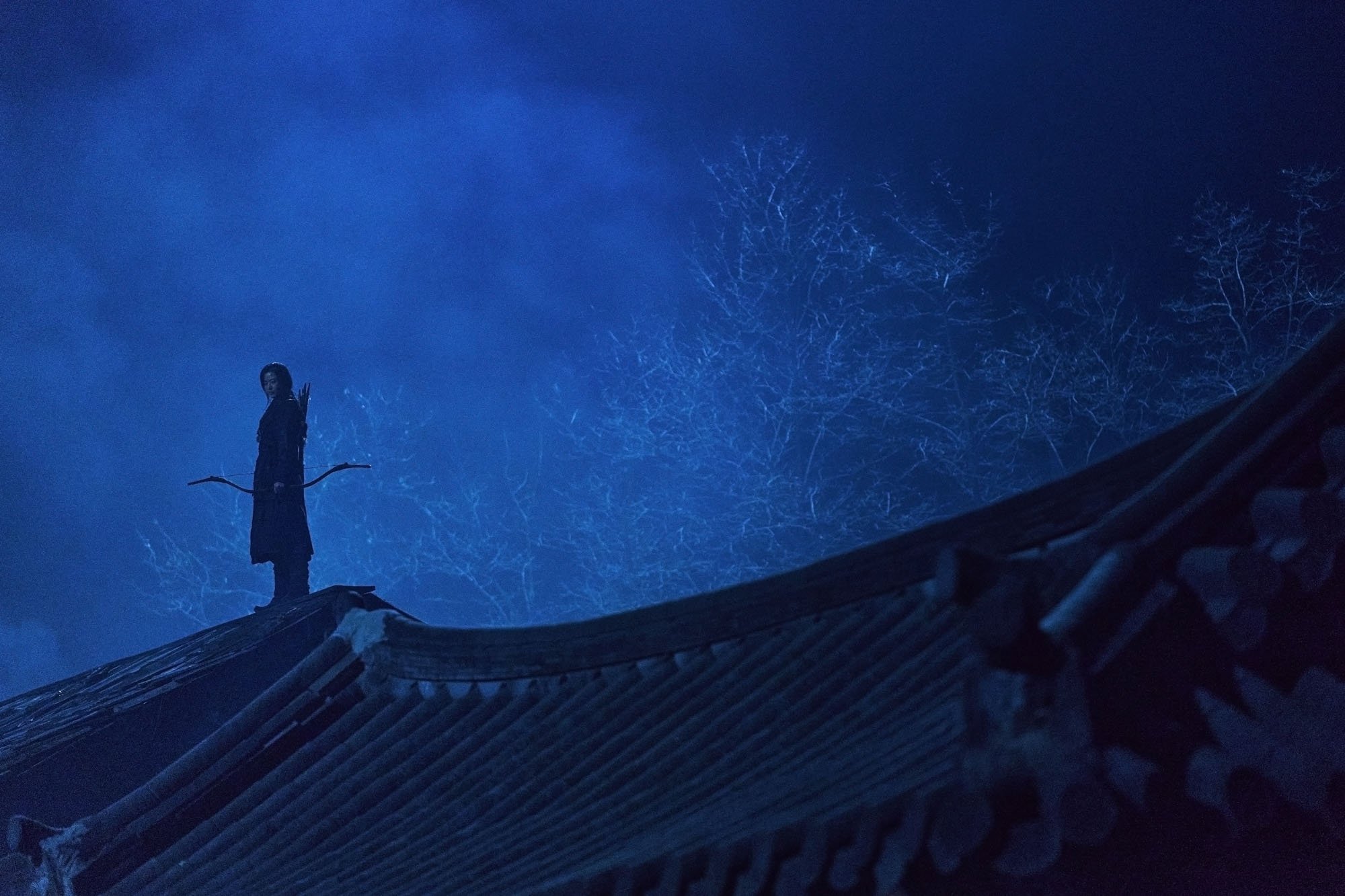 Jun Ji-hyun is largely known for playing the lead role in romance dramas (Il Mare, My Sassy Girl, etc). Here she is absolutely enthralling as Ashin, a vulnerable girl from a marginalized community who is hardened after years of abuse and suffering. The character arc is definitely predictable, yet it unfolds in an organic manner and strongly builds the dramatic elements with minimal dialogues. The detailed zombie frenzy that’s unleashed after fascinatingly setting up the plot adds to Ashin’s ascent as an anti-hero, one whom we root for. Ashin’s eventual reunion with her family and villagers perfectly rounds up this tale of grief and vengeance. I hope that the 3rd season of Kingdom similarly balances between deeper emotions and elaborate zombie set-pieces.

Overall, Kingdom: Ashin of the North (93 minutes) is a captivating, well-paced emotional roller-coaster that puts the series on the right path, and prepares us for more intense face-offs and zombie spectacle.