Netflix’s Kingdom (2019-) is the feudal zombie fantasy set in the 400-year old Korean dynastic kingdom (1392-1897) known as Joseon. Kingdom, created by Kim Eun-hee, follows the internal power struggles between Haewon Cho Clan – the Queen’s (Kim Hye-jun) family – and the crown prince Lee Chang (Ju Ji-hoon), the son of a concubine and the  now bed-ridden and unseen King, succumbed to a mysterious illness. Over the years, the patriarch of Haewon Cho clan (and Queen’s father), Cho Hak-Joo (Ryu Seung-ryong) has eroded king’s power, and once after dispatching the king he has plans to rule over the land through the son Queen gives birth to (she is visibly pregnant as the series starts).

The altruistic Prince Chang and loyal Lord Ahn Hyun (Heo Jun-ho) naturally are a threat to Cho’s totalitarian dreams. It also becomes obvious that the Haewon Cho clan has gone crazy with power when it is revealed that the King is actually dead. To sustain their plans, Cho has given the king ‘resurrection plant’ which has not only turned him into a zombie, but also has indirectly led to a rapidly spreading plague in the countryside. Cho Hak-joo and the Queen mostly stay atop in playing the power game and in ruthlessly curbing the zombie plague while also deceiving the populace from learning that the King is the patient zero. Nevertheless, Prince Chang and Lord Ahn’s campaign against Haewon Cho clan is gaining its support.

Season 1 of Kingdom finished with a zombie horde approaching the gates of Sangju as Prince Chang’s men prepare for the bloody fight. Moreover, nurse Seo-bi (Doona Bae) comes to know that the zombies don’t really hide from daylight, but rather from the heat. Since the winter season has begun, the zombies are gonna love munching human flesh 24*7.  The unprepared Prince Chang’s men are baffled at the zombie horde hungrily running towards them in the morning. When the zombies break through the outer defenses of Sangju, the men run for Sangju’s citadel and the prince barely makes it by taking a secret tunnel route. Meanwhile, Seo-bi and the timid Cho Beom-pal (Jun Suk-ho) move away from the Frozen Valley and seek safety with Cho Hak-ju. Learning about Seo-bi’s considerable knowledge on the zombie menace, Cho feels she would be useful. 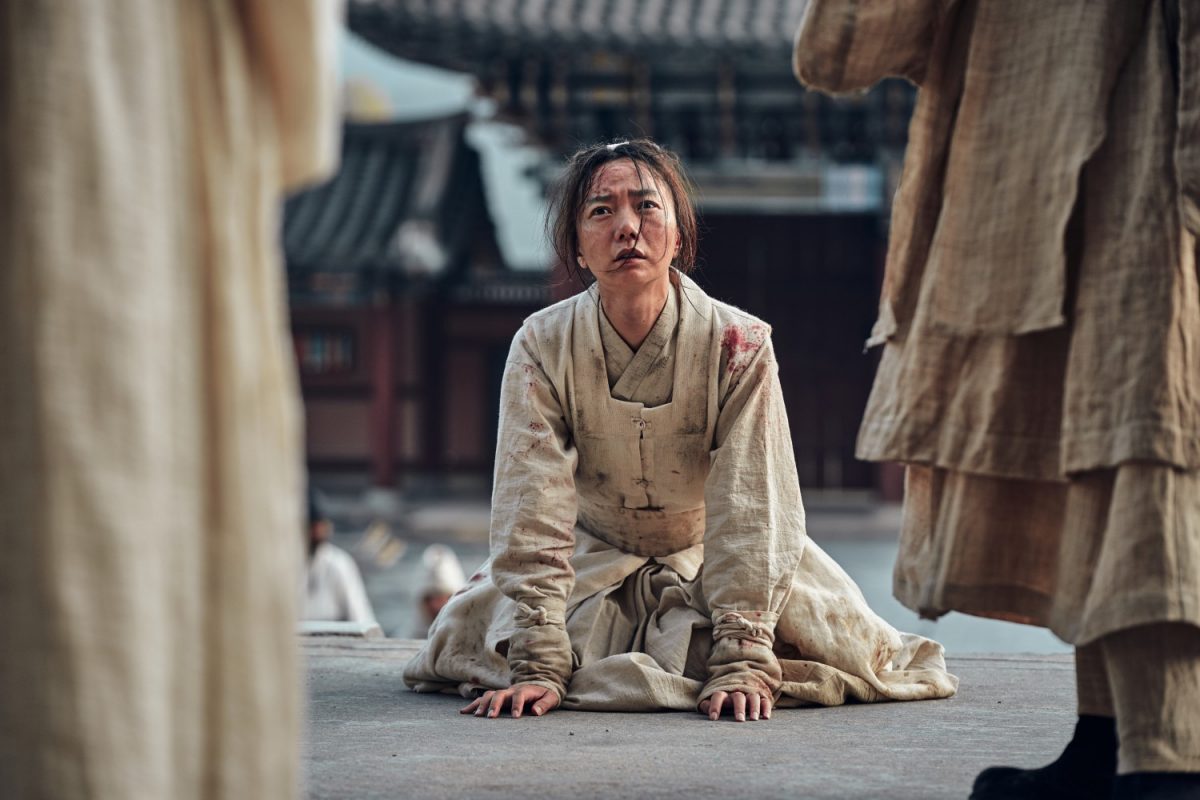 The Showdown at Mungyeong Saejae

When a human stupidity leads to the burning down of granary at Sangju, Prince Chang takes up a mission to help his starving people. He decides to break into the lukewarmly guarded gates of Mungyeong Saejae. The Prince also hopes to kill Cho, who has taken up residence there. Unfortunately, the Prince walks into a trap (because of a spy) and ends up beheading the zombie king which perfectly serves Cho’s purpose. Yet an interesting deception follows that sets back Cho Hak-ju.

The head of the Royal Commandery Division Min Chi-rok (Park Byung-eun) begins investigating the murders of women brought to the village of Naeseonjae, their new-born girl-babies are strangled to death. Naeseonjae houses the Queen’s private residence. Min Chi-rok intuits that a bigger conspiracy is unfolding inside the village gates, and he is unafraid of ‘speaking truth to power’.

After more political backstabbing, Prince Chang walks into the gates of Capital Hanyang (modern-day Seoul) to contest the false claims of Queen Regent. But just when Chang looks poised to take over the throne, the crazily ambitious Queen makes her final deadly move. Now the plague starts spreading inside the gates of Hanyang. Chang and his men make their final stand in a frozen lake (one of the many visual allusions to Game of Thrones), having learned the only possible cure from zombie bites. An epilogue shows Prince Chang’s ultimate sacrifice and a much bigger conspiracy to disrupt the rule of Joseon dynasty. The season 2 of Kingdom ends with the shot of a mysterious ‘resurrection plant’ seller (popular Korean actor Jun Ji-hyun), clad in a warrior attire, probably ready for her showdown with Lee Chang. 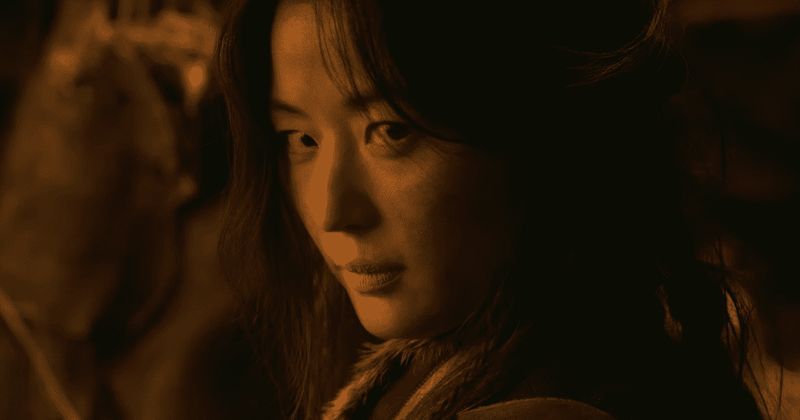 No to Character Arcs, Yes to Set-Pieces & Twists

We know-how in the season 8 of Game of Thrones, the show-runners while making their mad dash to the ending, savagely disemboweled well-constructed character arcs. Season 7 & 8 of GoT had all the best set-pieces in the series, yet it was nowhere as emotionally satisfying as the previous seasons. Kingdom seems to have been bitten by the same bug which is all the more baffling since we are just into the second season. Kim Eun-hee keeps throwing twists every thirty minutes and well-staged set-pieces. But little effort is made to develop the characters (unbelievably worse than the first season). Prince Chang is an annoyingly one-dimensional character that’d make you think that even the zombies have more shades to it. Chief antagonist Cho Hak-joo grunts, growls and whimpers effectively, but we seriously can’t consider that as a character arc.

There’s bit of a grey shade to the character of Lord Ahn Hyun whom we learn has previously agreed to use zombies against their Japanese enemy in the battlefield. But nothing comes out of this information apart from a spectacular moment of action as the Lord is duly dispatched for the sake of a plot twist. Season 2 of Kingdom isn’t definitely boring, but we stop caring about the characters and only wait for the next twist and big action piece. If that is all you seek out from a series, then Kingdom might seem like one heck of a show.

Maybe the showrunner is making a meta-commentary here, especially when he shows a horde of zombies going crazy over few drops of blood, saying, ‘Look how I am making you all go ‘Wow’ – you binge-watching series addicts – over this sparse content’.  Overall, Kingdom season 2 is way underwhelming and overly rushed than the 1st season.