Home»Reviews»Films This Week»Lorelei [2021] Review: A striking fairytale interconnected by fate and burning desires
Films This Week/Reviews

Dreams are what serve as the fire to help anyone overcome their situation. It is this fire that draws people to others as they plan for an escape. In this film, Lorelei, it was to go down to Sunset Boulevard, watch the sunset and not sleep until it appeared on the horizon once more. Quite dreamy, beautiful, something that seems absolutely perfect. Often dreams remain dreams as fate has other plans or some other time for when said dreams, if at all, may materialize. It is fate that plays a major role in the narrative of Sabrina Doyle’s Lorelei.

The name Lorelei brings to mind the siren from the German legend. For those expecting this to play out, you may be a tad disappointed. Or would you? Well, at least you are curious about it. There’s no unfaithfulness here, far from it on the contrary as faithfulness seems to have been tested by fate.

Fate crushes the dreams of the young lovers, separating them for a decade and a half. The director, who also serves as the writer, seemingly lures us into her film with the aim of keeping us there to witness a tale of human emotions like regret, dreams, despair, realization, acceptance, burning desires, and innocence, all interconnected by fate and one’s ability to react to the hand dealt by it. The tale is laced with a charm that can bring a smile to your face as you place yourself in the shoes of the two leads at certain points in the film.

Related to Lorelei – NAMDEV BHAU: IN SEARCH OF SILENCE [2018] REVIEW – SO NEAR AND YET SO FAR

Weyland (Pablo Schreiber) serves time in prison and is on his way out in the first minute of the film. He is welcomed as a hero for what he did as he took the fall on his own. Years have passed, and following a day of freedom, he heads off to a church, a temporary hostel where he can crash before he finds a roof and employment. It is here that the other half of the story, Dolores, makes her appearance and we learn about her time during Weyland’s incarceration. 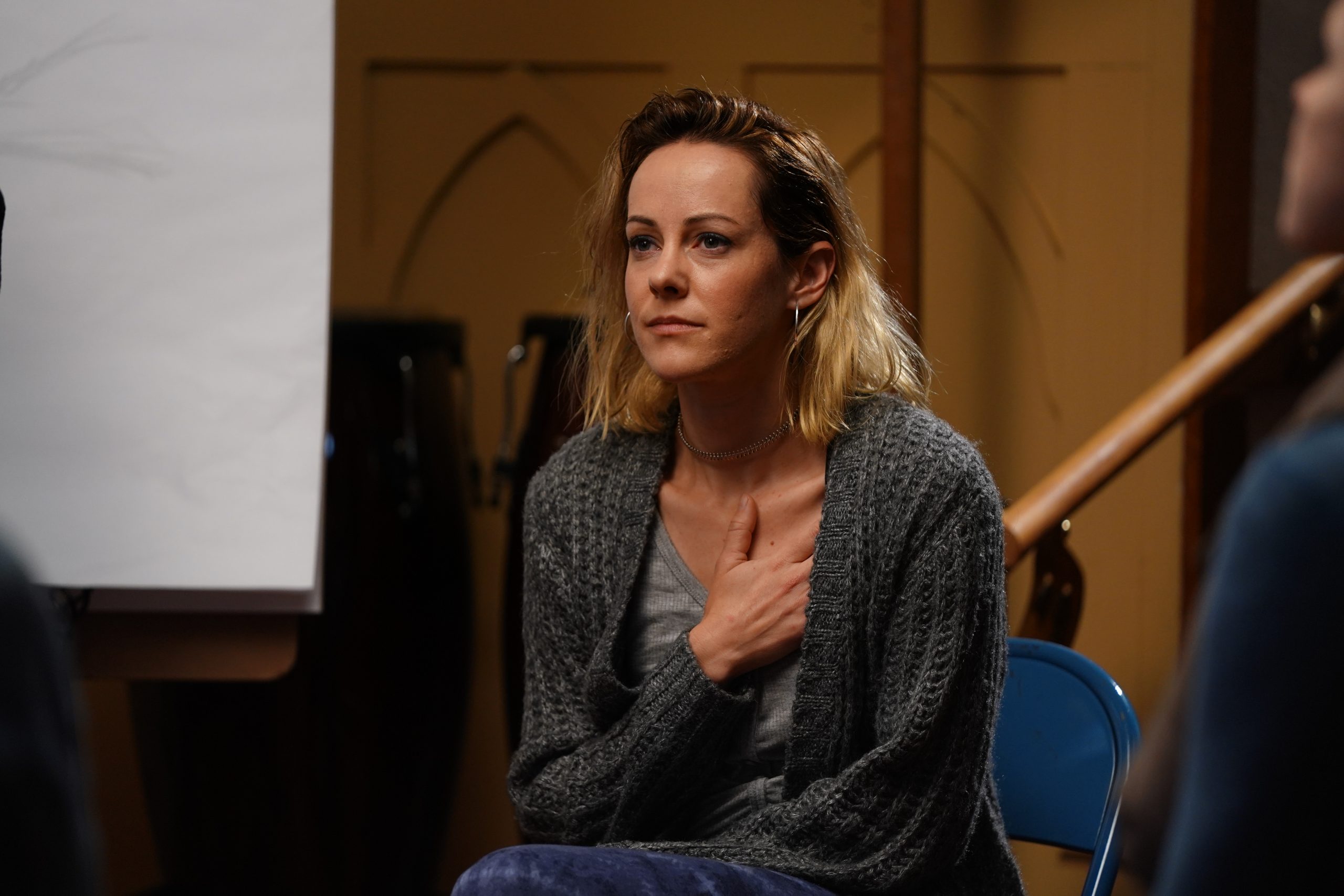 This scene’s framing is extremely well done. It sees the duo stand atop the steps near the door of the church. Stephen Parr’s camera gets the church completely in the frame with the central characters standing right beneath the cross as though it was God’s will that their paths cross to give them a shot at the dream they had many years ago. Moreover, the position of the church doors also somewhat reflects the life of the characters. For Weyland, who stands with the right side door ajar, his life is open. He is free, and the world is his oyster. On the flip side, for Dolores, life has been a bunch of closed doors. We get to know this from what she says and what group she is a part of at the church.

It seems like fate that they were brought back together. The first clue for this would have been the waves shown after the start credits. The sight of it curling downwards before it swept to the shore was a sign of a cycle, something returning to where it was before, after a period of time.

When reminiscing about their sunset boulevard dream, Weyland says, “Ain’t none of us kids no more.” They are mature adults now. A large part of the film, aside from the family interactions, sheds light on the same. It is here too that nostalgia plays a key role and is the underlying message of what Doyle wants to communicate to the audience.

The starry-eyed dreams have made way for bitter realities, featuring a bunch of low-paying jobs, rent, and the trouble of keeping the kids happy. Dolores has three children, each named after a different shade of blue. The blue is noticeable throughout the 110-minute effort.

Critter Pearce (costume designer) and Marissa Leguizamon (production designer) need to be lauded as the blue is strikingly present, but doesn’t dominate the frames across the film.

Blue is present in clothing, clips, balloons and even serves as the color of her car. It can be because of Dolores’ admiration for blue, her blue life, or a reminder of her days as a swimmer. All of them may seem the more powerful urge as dreams see her at the beach, ready to tear into the ocean, and sink beneath the waves, only to be stopped. Isn’t that the Lorelei legend? 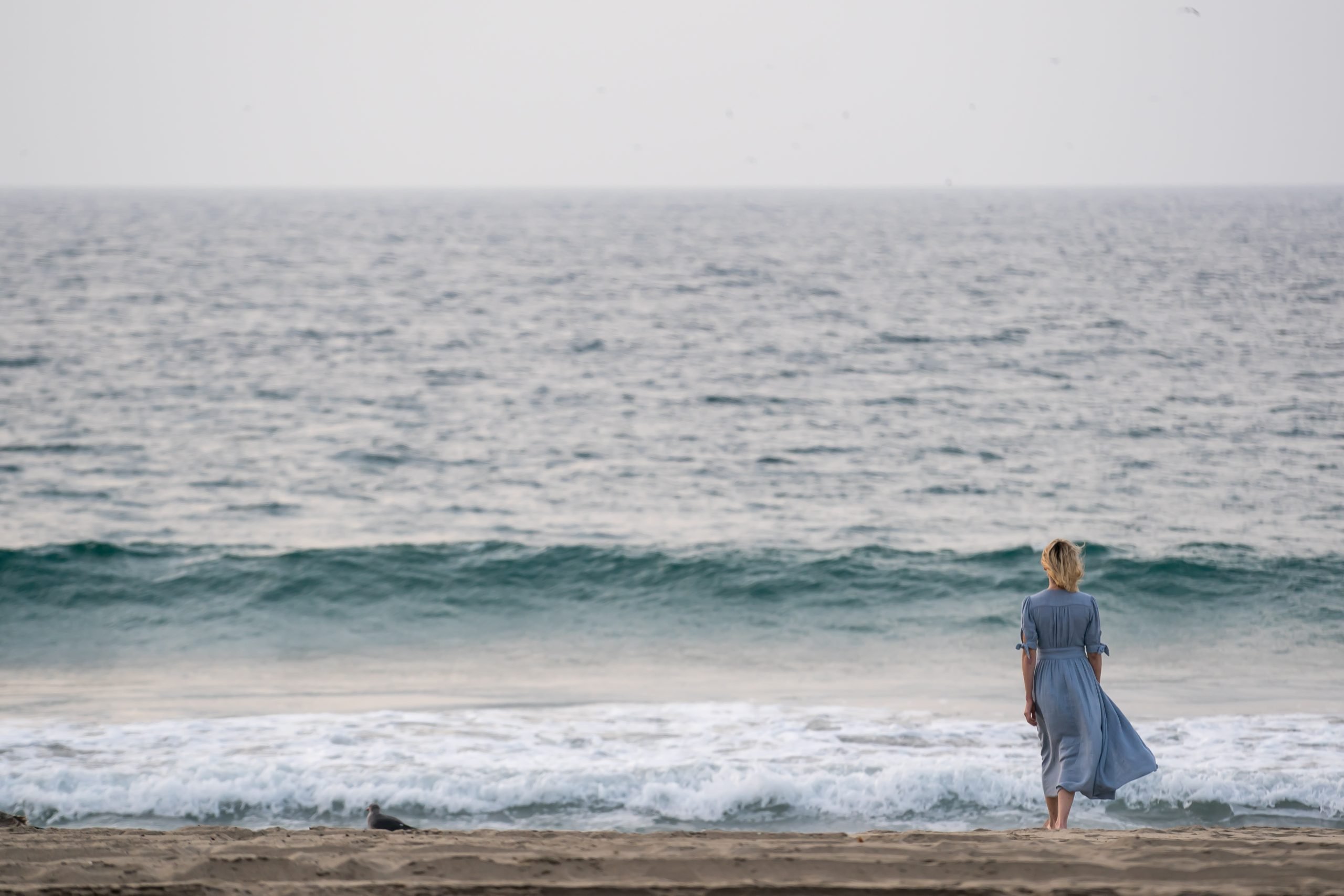 Lorelei focuses on Weyland and Dolores’ attempt to live together. We see the exploration of familial bonds beyond blood relations and learn how what matters is who is there rather than the established tropes of a family. This, of course, is enveloped within a bunch of nostalgia-evoking moments sprinkled throughout scenes that seem to touch upon the beauty of the Oregon landscape. Though these may seem tedious and unnecessary to the film (they are), it takes a deep understanding to appreciate the meaning behind it. It is these scenes that give the audience an understanding of Weyland as a person beyond the jailbird that we may initially assume that he is as that’s what films have led us to believe. It’s quite refreshing to see that Doyle veered away from the formula here and to present her lead as someone who wants to make something of his life rather than go back to what he was.

Weyland, despite having the stereotypical cruise biker gang member look, is far from it. He is the one who connects with the kids and seems to be the more mature one. Well, it’s still new for him. On the other hand, Dolores, who was condemned in a different way, seems way more frustrated. Jena Malone’s character oozes frustration, but she is never helpless. Once more, it’s refreshing that Doyle opted to present the female lead quite differently from the established ideas of such a character. In no way is she helpless that the metaphorical door remains closed. She can open it herself. Was she waiting for him to lure him in before being able to live the dream?

Related to Lorelei – THE OTHER SIDE OF EVERYTHING [2017]: ‘TIFF’ REVIEW

Dolores longs to break free. Water fills her dreams, representing her urge to break past the barriers keeping her away from getting to the sea. With each passing day, she moves closer and closer, and we notice it too. However, as the film progressed, Lorelei didn’t really delve more into the leads. Instead, it opted to let things play out on the screen with leisurely settings, helping it meander along towards the finish line. The lack of extra focus on the child characters helps keep attention on the Weyland and Dolores story. It is quite lucky that the interaction between these two doesn’t seem stony. There is a spark when they meet at the church. That spark in the first interaction, or even at the first time they are aware of each other’s presence, is something that works in keeping you on this film.

At moments it can get a bit tedious to watch and you feel there could have been a conflict or an issue with the kids feeling resentful of a new entry into their life. However, that, in turn, may have led to criticism of the film trying to do too much exploration of the family in too little time. Why though, isn’t that how films are usually? Not this one. Despite Malone and Schreiber’s chemistry, Lorelei may not be meaty enough and seem like elements just sprinkled together like dots on a canvas. 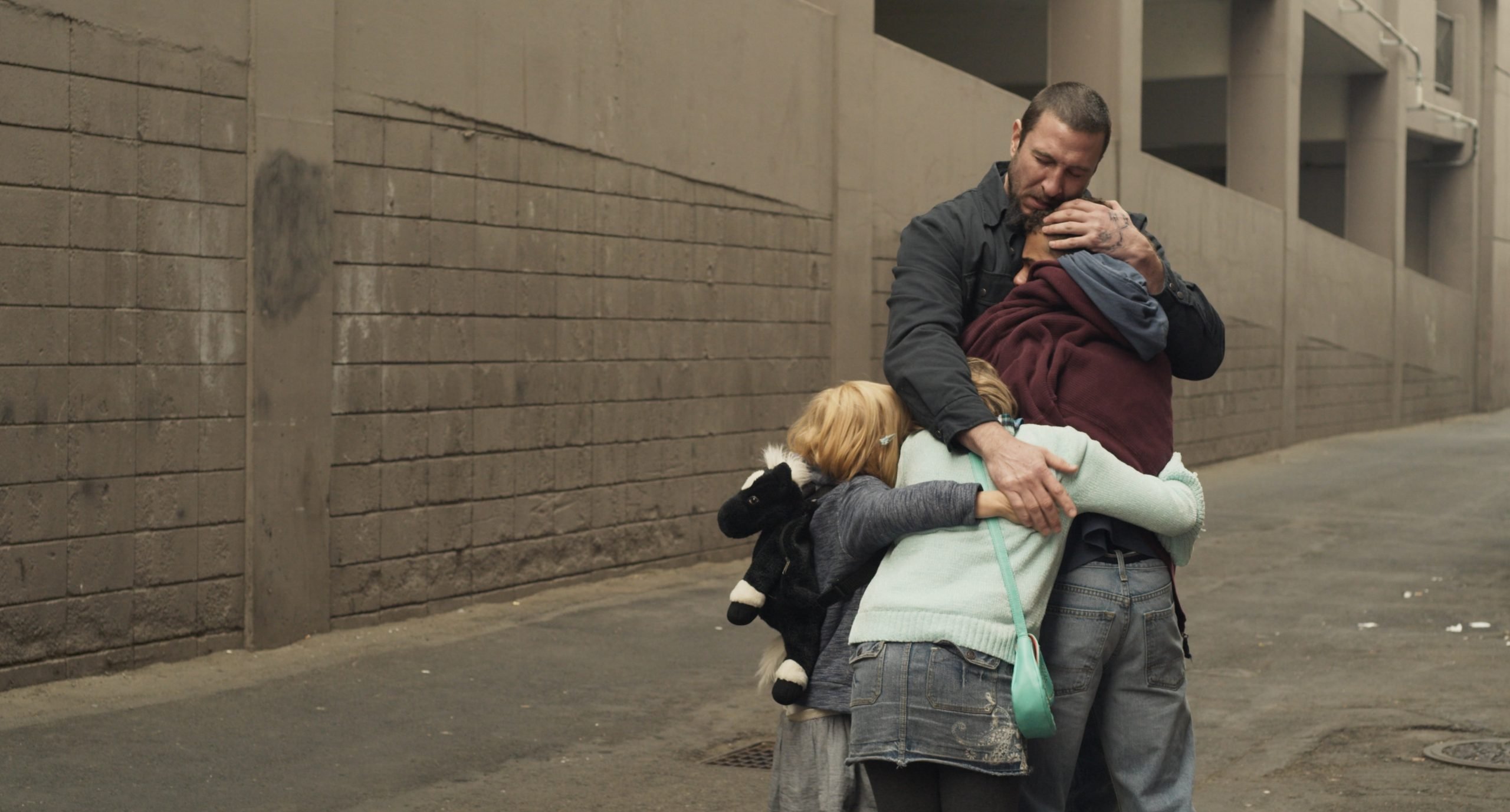 The final 20 minutes do connect the dots and add color to the canvas. These moments lead me back to think about previous points of the film and contemplate the choice of title. There is some sort of a payoff. That is, if you manage to sit through the first 90 minutes- a real challenge if you aren’t a fan of waiting.

It is here that we realize that all films aren’t for everyone and we make a choice. Avoid them and don’t grow as film lovers, or sit through it and experience a story that you may connect with in some small way. It may serve as a reflection of repressed dreams that need a catalyst to just emerge.

It’s the boring elements that help drive home the point of the protagonists. Life isn’t always filled with drama- the mundane interactions or just the sight of Weyland at his job or the scenes at the house paint a picture of the everyday adult struggles of most individuals. This is what makes the movies relatable and not the escape that movie cinephiles crave right from the start. Unfortunately, not many may hear of this film to even attempt to give it a chance to see the journey that leads one to the point where they escape.

The Employer and the Employee [2021]: 'Cannes' Review - A Modest, Bleak Portrait of Class Privilege and Indifference