“If I was really winning freedom and we take a look at the country we live in, then it is, without a doubt the worst failure of my life”, articulates Serbian political activist Srbijanka Turajlic after receiving an award. The statement stands as a testament to her integrity and the undying conflicts in Balkan region. She was once a symbol of student protests (worked as associate professor at the University of Belgrade) against ruthless Milosevic’s regime. She was also an active member of the National Resistance Movement (Otpor) and after the October 5th revolution (in 2000) she was appointed as Assistant Minister of Higher Education (up until 2004 in the democratic-coalition regime). Nevertheless, the poisonous Serbian ultra-nationalism which has led to numerous brutal conflicts in the past centuries has emerged once again in the political arena. Srbijanka who has voiced her dissent against Tito’s communist regime and Milosevic continues to address the unpleasant political crisis. The things she says may no longer have any effect and may only bring further troubles. Yet she strongly holds herself as the figure of resistance in a country that’s otherwise known for its exhibition of violent masculinity. The remarkably layered documentary “The Other Side of Everything” examines Serbia’s political past and present by chronicling Srbijanka Turajlic’s vast, first-hand experiences.

The documentary directed by Srbijanka’s daughter Mila Turajlic, never turns into a hagiography or a strictly ideological political piece. Mila opts for ‘cinema-as-artistic-means-of-expression’ than ‘cinema-as-political communication’. The result is a gently probing documentary on Serbia’s history, in relation to the themes of memory and time. The title literally represents a locked doorway in Srbijanka’s Belgrade apartment where she grew up and still lives. In 1946, after the establishment of communist government in former Yugoslavia, the apartment complex that belonged to Srbijanka’s family was divided across to accommodate other families. The documentary opens with Srbijanka cleaning the two locked doors in the living room which hasn’t been opened for seven decades (even after the dissolution of communist regime and Yugoslavia). I think Chekhov once said something like, “If you show a ‘door’ in the first act, then in the following act it should be opened. Otherwise, don’t show it”. So yes, the door gets unlocked at the end, but the fascinating aspect of the documentary is how Mila Turajlic meditates and gains access to the locked doors of the past.

“The Other Side of Everything” isn’t made with frenzied urgency to tell the Serbian populace about the immediate dangers of nationalism. For a film that regards historical events back up to 1918 (when Kingdom of Yugoslavia was formed), it surprisingly unfolds only within the Belgrade apartment. There’s no necessity to wade outside because Srbijanka and century-old apartment building hold multitudinous tales of the past. Furthermore, this limited space is where the personal meets political. Situated in a seemingly peaceful neighborhood, the apartment complex was built during the time of Srbjinka’s grandfather who was an influential member of the community. Later during the communist regime, the stranglehold on private space had a direct effect on the way Srbjinka grew up. Over the years, the apartment building space seems to represent the state’s indirect invasion into a sense of individuality.

Born into a family of lawyers, Srbjinka was requested by her father to take up Math in order to stay outside the totalitarian regime’s gaze. Srbjinka humorously states how she still managed to get fired and face the regime’s scrutiny. She candidly expresses the fate of revolutions and missed political opportunities: on how the success of revolution only transforms the downtrodden, power-starved people to power-hungry ones; on how general population prefers ugly populism and nationalism over true democracy. Srbjinka talks of the student protests, she spear-headed while working at Faculty of Engineering in Belgrade University, with a contradictory tone of nostalgia and cynicism or uncertainty. Director Mila often relates to this emotional conflict driving her mother’s actions and recollections of the past. She remembers the air of excitement and hope during 1990s protests, only to lament on how it all had been proved to be a fallacy. “No one’s thinking about the future, all we do is fight each other to rewrite the past”, Srbjinka expresses in an elegiac manner. The words perfectly address the political curse that hangs over Balkan region before and after the break-up of Yugoslavia. 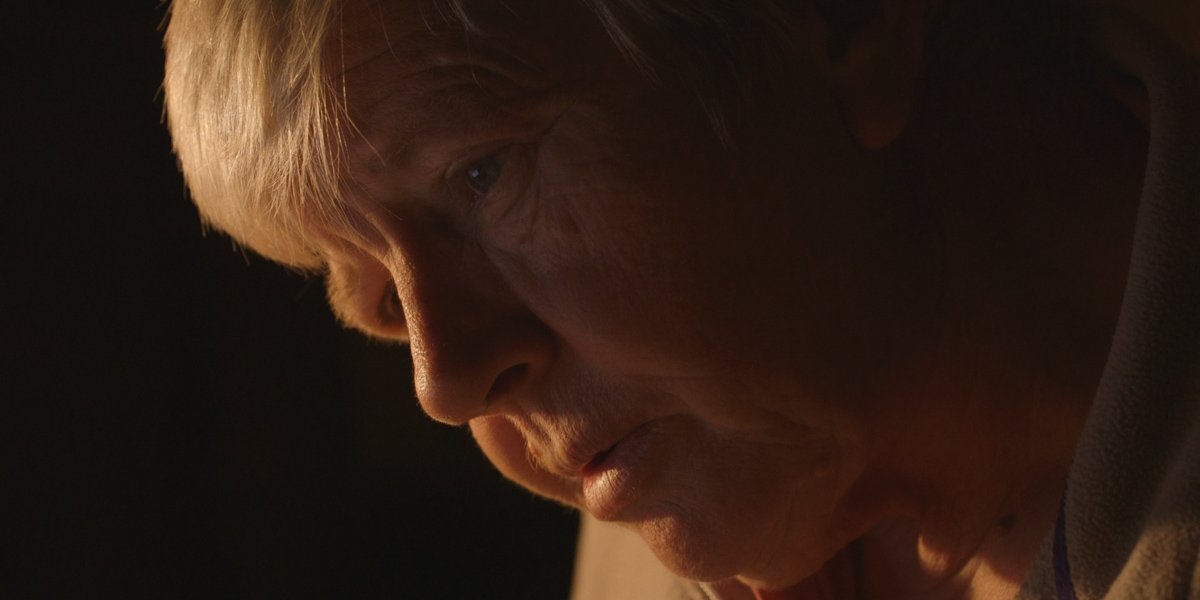 Director Mila Turajlic’s first documentary was titled Cinema Komunisto. It explored the ruins of Yugoslavia’s communist regime through the old state-run film industry and through collected memories about cinephile dictator Tito (who watched a film every night). The old film studios, cloaked in a web of dust, essentially became the metaphor for a country existing amidst ruins and illusions. As in Cinema Komunisto, Mila avoids using documentary as a political weapon. For her, the inquisitory examination of memory and space works more as a cathartic or liberating process. In ‘The Other Side of Everything’, Mila tries to picture the complex nature of her mother: a voice of sanity and courage who is now and then overcome by petty grievances. The director stays away from exploiting the current political uncertainty in Serbia to boost Srbjinka’s public image. At one occasion, Sbrjinka is asked to appear before the court after the list of possible anti-nationals floats around. On the due date, when Sbrjinka travels to court, the camera doesn’t follow her outside but just watches her going from the window. It’s one of the many instances when Mila uses her mother’s political and personal experiences to examine the past and present rather than driven by agenda of heroizing her.

The elegant aesthetic approach is designed with critically distanced frames and the cuts to footage of revolutions and protests deliver rousing effect. Director Mila’s approach to the subject doesn’t have many flaws, except that it demands some prior knowledge about the cycle of tyranny and violence in Balkan politics. Some of the historical details don’t possess any wider impact. The dinner table conversation between Sbrjinka and her old friends rests on exclusive knowledge which is hard to follow. Nevertheless, there are quite a few universal messages to take from the documentary, especially about the fate of uprisings in the post-Arab Spring world. I also particularly liked how it ends with a calm subtle shot from the ‘other side’. The doors locked for decades are opened and there’s nothing much revelatory when looked from the other side of the door. May be this simple act says that it’s important to open new doors, however familiar they may seem. For in the hope of opening (these figurative) doors lies the hope of eventually finding true democracy.

“The Other Side of Everything” (103 minutes) is a nostalgic, poignant and slightly meandering documentary that explores an interesting yet little-known piece of political history.

‘THE OTHER SIDE OF EVERYTHING‘ PREMIERED AT THE 2017 TORONTO INTERNATIONAL FILM FESTIVAL.
CLICK HERE FOR OUR COMPLETE TIFF COVERAGE.

Where The Road Leads (2023): ‘Slamdance’ Review – An Ouroboros of Thwarted Hopes and Desires