Egyptian filmmaker Amr Salama's 'Sheikh Jackson' is a coming-of-middle-age (if there's such a thing) drama about the innocence of dreams, the loss of identity, about grief, about love & about the nightmarish existential crises that controls the finger that is dead-stuck on notifying each step into the categories of the 'good deed' and the 'bad deed.' This little moonwalk will lead you to yourself - the real 'yourself.'

Back in 2009, the untimely death of The King of Pop – Micheal Jackson stirred and disturbed a lot of lives including the peaceful, God-following life of our middle aged protagonist. The Muslim cleric, who has dedicated his life to good deeds, in order to have a serene place in the afterlife is left with nightmares that bring back memories of his childhood. Why are these nightmares so significant to a person who has chosen a life of a Sheikh whose sole aim is to pray, preach & plead God for a paradise after death?

Broken into two narrative strands, the film follows the life of the Sheikh in 2009, where he lives with his family & the teen-era where the musical legend was a star that lit every other kid’s life with his weirdly attractive persona. The Sheikh believes (or is made to believe) that a person can have a beautiful afterlife if he/she prays with a tender heart. One that cries out while whispering the sermons and one that truly understands all the sins that they unknowingly or unknowingly end up doing.

However, the Sheikh is having trouble holding onto his faith as the death of Micheal Jackson has opened up a portal into his teen years of MTV fan worshipping.  The portal has also opened up some really bad memories & some amazing nostalgic moments. We slowly understand why the Sheikh is facing problems that lead him to a place where he needs to talk to a counsellor. He is not at a loss of faith, but at a loss of identity. His failure to decide what truly defines him as a person is what moves this wonderfully sketched out tale of self-realization.

Though overly predictable in how Sheikh and Jackson are two stilted personalities in the same person, Amr Salma’s film is about these brilliantly written and perfectly placed pieces that get us there. Sheikh is a man who hasn’t really come of age yet. He is still mad at his suppressive and authoritarian father who constantly blamed him to man up, questioning him about his obsession with the pop star who he considers to be just a transvestite drag queen. His inability to cry, which brings him to the counsellor has more to do with his half-hanging grief at the loss of his mother than being about godly faith. 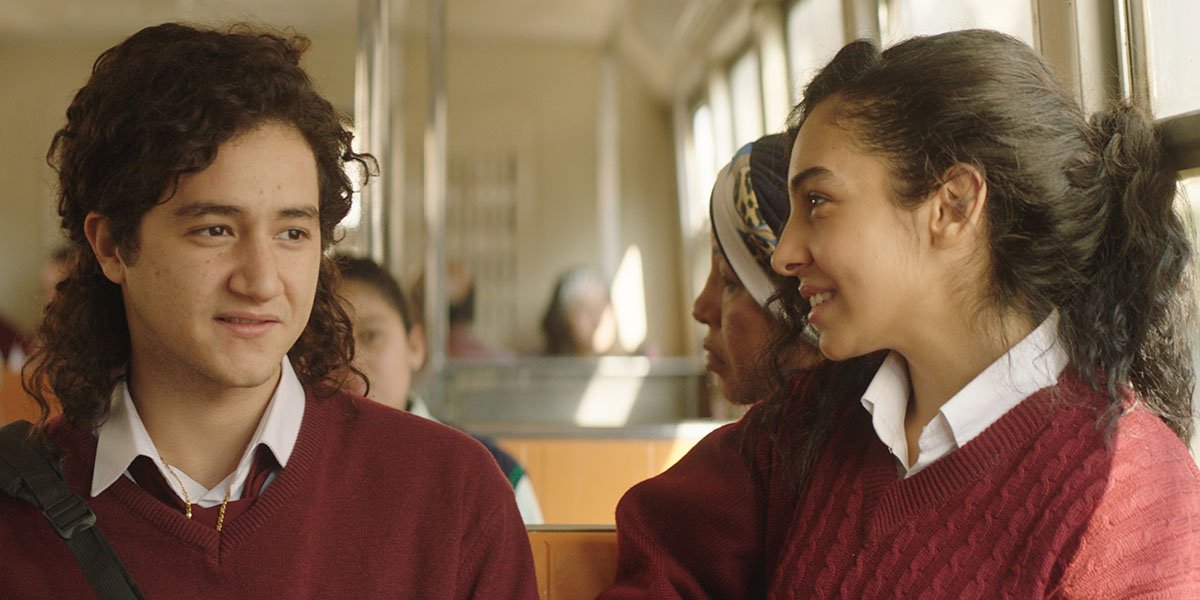 Amr Salma’s film is carefully orchestrated with a great understanding of character development and motifs. The way he shows the first love, the first steps, the first approach & everything that concerns the teenage Imam, evokes a kind of nostalgia that, in spite of its familiar notes, feels relatable. The elder Imam (Sheikh) is presented as a man confused with his existence, moreover his true motives. He is haunted by his memories and the veiled nature of ‘could have been’,  but Salma never puts him in a complete chaotic environment that shows no signs of redemption. The light touch that he imposes to both his narratives makes for an engaging and charming watch. There’s a nice little homage to Micheal Jackson’s Thriller which, in spite of feeling out of place, gives a nice little touch to the overall proceedings.

The film would, however, be a simple self-realization tale had it not been for the performances from almost everyone onboard. Ahmad Alfishawy who plays the elder Imam is great. He completely personalizes the character where you can truly understand his confusion and paranoia. The scenes that involve him and his father (Maged El Kedwany) towards the end are some of the best moments in the film. The young Ahmed Malek is terrific as the teenage boy who is both completely awestruck by the new girl in the class & his obsession with the newest pop-star. Also, kudos to Ahmed Beshary’s terrific cinematography. Especially the frames that follow the portrait shots are done brilliantly as they make the film more engaging than it really is.

Egyptian filmmaker Amr Salama’s ‘Sheikh Jackson’ is a coming-of-middle-age (if there’s such a thing) drama about the innocence of dreams, the loss of identity, about grief, about love & about the nightmarish existential crises that controls the finger that is dead-stuck on notifying each step into the categories of the ‘good deed’ and the ‘bad deed.’ This little moonwalk will lead you to yourself – the real ‘yourself.’