Home»Reviews»Film Festivals»Turn Every Page [2022]: ‘Tribeca’ Review – Exploring the ‘Love and be Silent’ Relationship Between A Writer-Editor Duo
Film Festivals/Reviews/Tribeca

Turn Every Page (2022) Movie Review: In one of the scenes, Gottlieb says, “Editing is an intelligent and sympathetic reaction to the text and to what the author is trying to accomplish.” This is the truth that every good editor is bound to inhabit when they put on their glasses and take up a pencil to read through a manuscript. However, its profundity exceeds its limits when you hear the “Dumbledore of Publishing” world, Robert ‘Bob’ Gottlieb, famously the editor of Toni Morrison, Salman Rushdie, Joseph Heller, and Doris Lessing who has edited over 600 -700 books and served as the Editor-in-Chief of Simon and Schuster, Knopf, and the New Yorker, offer it as insight.

This documentary is, in all honesty, a moment of fangirling for me as a reader and editor. Every frame becomes the Bible of understanding the less-explored, much-complicated world of trade publishing through the extraordinary association between Pulitzer Prize-winning writer Robert Caro and his long-term editor, Robert Gottlieb. Directed by Lizzie Gottlieb, her third documentary feature, Turn Every Page: The Adventures of Robert Caro and Robert Gottlieb, tries to explore this bittersweet author-editor relationship in a balanced cocktail of formal and informal ways. Thankfully, the balance barely tips off.

Related to Turn Every Page – All These Sons [2021] ‘Tribeca’ Review: A Hopeful and Well-Made Documentary About Violence and Reform

Lizzie Gottlieb interviews her father, Bob Gottlieb, and the writer, Robert Caro, separately and in different ways. She is mostly informal in her conversation with her father, filming him as he walks around a bookstore with his grandson and takes a walk with his wife and dog. However, the progression of the interview with Caro evidently tells us that the distance between them has been slightly bridged, from refusing to show Lizzie the number of words he writes per day to agreeing to have her camera look over him and his editor as they sit down with his manuscript. The journey of the latter was particularly fascinating to watch onscreen. It is the director’s commendable effort at bringing these two different modes of narration into one room, in the end, overlapping them so effortlessly that you’ll have to acknowledge she is a fine editor and storyteller herself.

Like the tonality of the interviews, the topics of both their conversations are different in tone and appeal. Caro details his hard labor, unique thought processes, and writing constraints that went into the creation of one of the modern masterpieces in American literature, The Power Broker, which got too succulent for my pallet. On the other hand, Gottlieb is humorous and full of literary quotations. The insights he offers about the authors he has worked with made me feel positively intrigued about the publication history of the famous books in conversation. If you aren’t interested in Caro’s matter-of-fact tone, you might gel well with Gottlieb’s grandfather-like recounting of his time in the publishing world or vice versa. The director threads these two differing tonalities in a discussion on the use of semi-colons. The opinions left me torn between the author and the editor, simultaneously fascinated by the charms of publishing a masterpiece lie in the little, easily overlooked grammatical details. Their symbiotic relation could easily be read as a microscopic representation of how power – larger socio-political power – comes from the people in a democracy and vice versa. 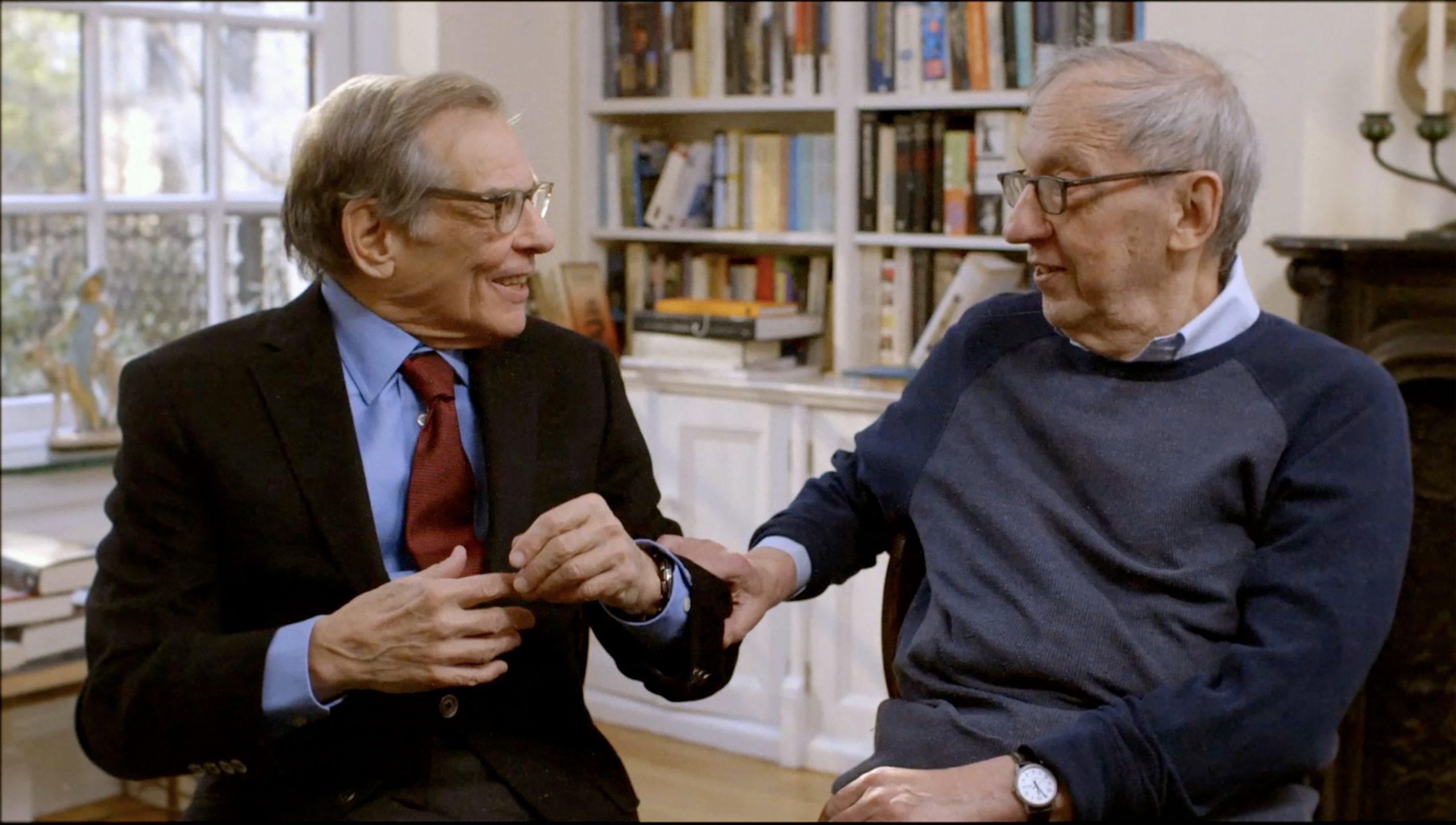 However, the sections where we delve into the personal lives of Gottlieb and Caro seem a little redundant to the understanding of their works, especially Gottlieb’s. Approximately 1 hour and 52 minutes long, the documentary starts feeling a little repetitive and leaves you feeling slightly restless for an ending during the third quarter. In a few scenes, the camera seems to take time to adjust to the film. There are some voiceover shots too, which look straight out of a YouTube video and don’t sync well with the overall tonality of the film.

Dylan Thomas’ famous lines from the poem Do Not Go Gentle into That Good Night come to mind when you reach the section where both Caro and Gottlieb are speculating their mortality and the publication of their final book in collaboration, the fifth volume of a five-volume series on the life of Lyndon Johnson. They are 86 and 91 years old, respectively, when the documentary is being shot, and the fifth volume of the book is still in the works. The morbid possibility of death lurks around the corner, but the writer-editor duo is relentless, constantly raging against the dying of the light. Do you sense a certain fear in their measured laughter and dark humor? Perhaps. I only saw hope, especially when Gottlieb looks at his watch towards the end of his interview and recalls a task that requires his attention.

I found personally amusing about the documentary is about two people who continue to be religiously old-school in the age of digitization of every human activity, even editing and writing. Lizzie spends some time shooting Caro and her father at work in great detail. While Caro still types out his words using a typewriter, Gottlieb proofreads and leaves editor’s remarks on a hardcopy manuscript using a pencil. Their search for a yellow pencil before they set down to review the manuscript and the absence of one in an editor’s office tells you how dependent we have become on technology. It struck me how, someday, the physical interaction between the writer and editor and physical manuscript editing might become the stuff of history.

Turn Every Page is an essential watch for every reader and aspiring editor. It points out how The Iliad can be relevant for book writing and how King Lear’s relationship with Cordelia is similar to the relationship between a writer and their editor. The upbeat background score helps you garner the lingering hope to help publish a book someday. It is smart enough to justify its title, urging the writers and editors to ‘get every detail right’, the motto that Gottlieb worked with and Lizzie, his daughter, is faithful to. It is currently set to have its world premiere at the Tribeca Film Festival 2022 and will be available in theatres across the United States from June 12, 2022, onward.

‘TURN EVERY PAGE’ PREMIERED AT THE 2022 TRIBECA FILM FESTIVAL