Understanding the Plot of Netflix’s 1899 and Theories Around it: Netflix’s first German original series Dark was initially compared to a grittier version of Stranger Things, but that opinion was scratched away by the middle of Dark’s season 1. And, then the show carved a cult-like following, that kept everyone intrigued and interested not only in its mentally exhausting plot line but also emotionally invested in the fate of  Jonas and Martha. Following up on such a popular television series that keeps their staunch fans and Redditors busy even today was always going to be hard but not impossible. Baran bo Odar and Jantje Friese yet again collaborate for another epic period, gritty mystery drama – 1899, that does feel like and unlike Dark, at the same time.

Ever since the inception of “1899” by “Dark” creators Jantje Friese and Baran bo Odar, we all have been frantically asking this question. That is understandable considering how much we have loved scratching our heads and going completely insane over “Dark” for three years from 2017 to 2020 and even now.

A New Netflix Original Series From The Dark Creator.

This was enough to grab our curiosity and attention along with our hearts, minds, and souls. So for the past two years, we kept wandering and digging the internet for news, information, and basically anything we could find about what was supposed to become our “New Obsession”. Well, it has already become that.

A New Netflix Original Series From The Dark Creator.

The teaser and trailer have been released, and character posters have been revealed; but WE STILL DON’T KNOW ANYTHING, other than the official synopsis which is NOTHING REALLY.

So what we know is that this is a series about a group of European immigrants traveling to New York from London with the hope of starting new lives. But (obviously, that’s not gonna happen, because come on!) they come across a lost migrant ship adrift in the sea and the journey turns into a nightmare. 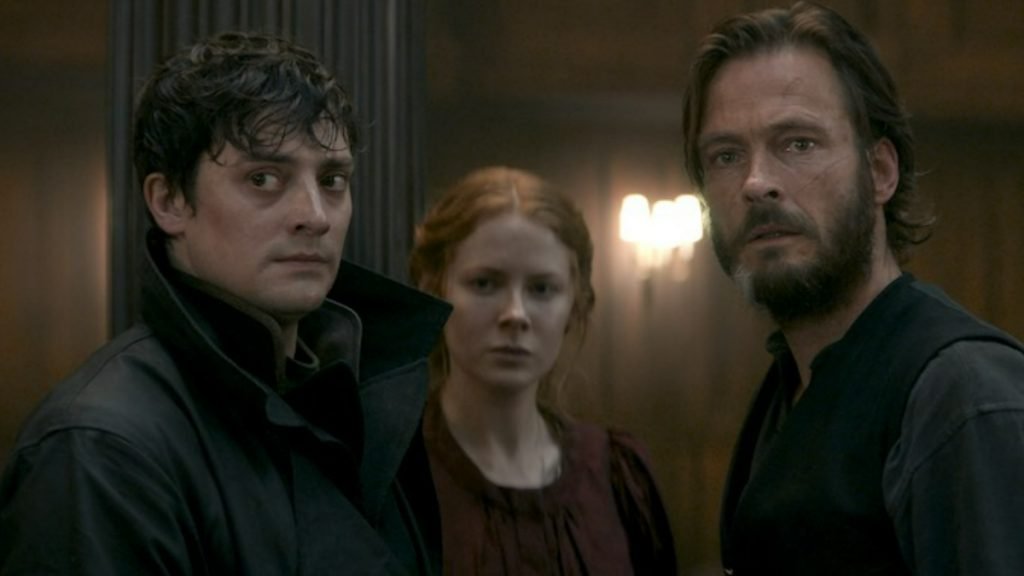 But the thing is, we don’t need to stop there and patiently wait for November 17 to arrive. After all, the internet is DARK and full of THEORIES. And while a lot of those are absolutely ludicrous (it can’t be a Dark spinoff, right?), some actually make sense. Yes, we are brave enough to use the word “sense”, perfectly knowing that all our theories might just be proven wrong once November 17 arrives. This whole article has the possibility of becoming absolutely redundant.

But that’s not going to stop us because the undeniable charm of writing, talking, and discussing these bizarre theories is something we can’t escape.

The ships: Kerberos and Prometheus

Alright, first the obvious finds. For this, we just had to notice things a bit carefully.

The name of the main ship is “Kerberos” which we could gather from the trailer. And the lost ship it comes across is “Prometheus” which is also a piece of known information by now.

But if you look closely, the interior of both the ships look almost the same so the chances of them being the same ship (but how? We will come to that, fear not) is pretty high.

According to Greek mythology, Kerberos is the three-headed guard hound dog of Hades aka the god of the dead and King of the underworld.

On the other hand, Prometheus is best known for defying the gods by stealing which earned him a reputation as a “trickster”.

We can bet our lives that the name of these two ships cannot be just random. The fact that Kerberos has three heads probably has a lot to do with the number three and the triangle (more on it later). And Prometheus is most likely not going to be good news, for our passengers.

The character posters: Right and Left 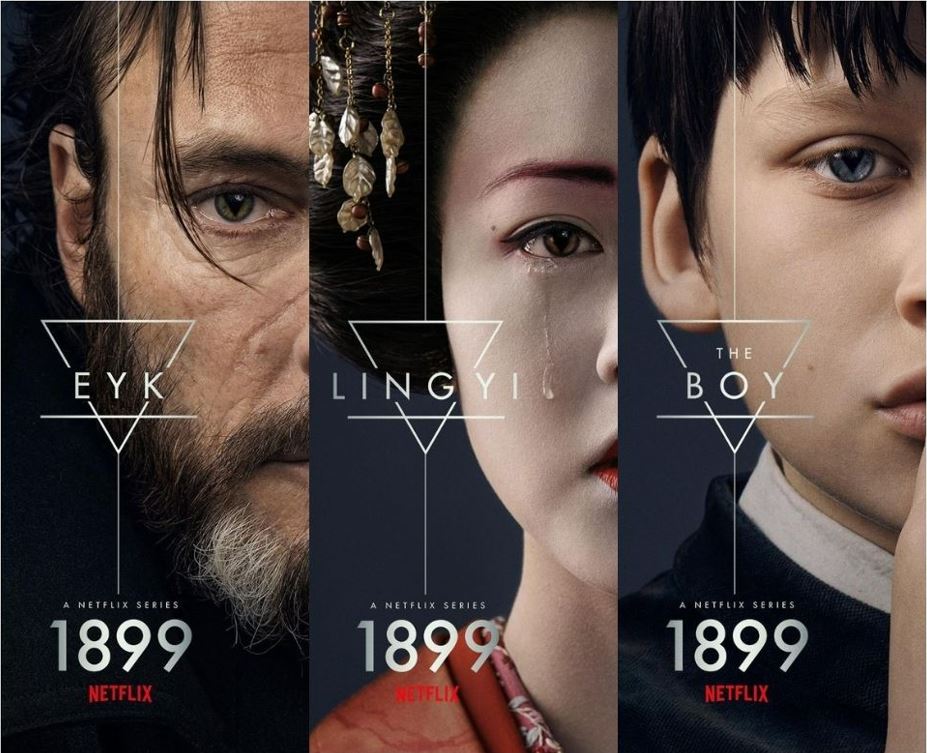 Now, this can be anything really. Might be two parallel timelines/worlds, one side is dreaming and another side is in the real world and both colliding, one side is dead and the other alive (Nah, not this simple). We can keep guessing but the real answer might just turn out to be something entirely different.

P.S: The upside-down triangle is seen in the place of a regular pupil in every character’s eyes, in case you have missed it.

The upside down Triangle (with the line in the middle)

Throughout the trailer and posters, we have seen an upside-down triangle with a line right above the bottom appearing everywhere. This is obviously a very important thing for the context of the story.

We have already mentioned the three heads of the hound Kerberos and we are hoping the triangle has something to do with that. There is a slim chance of a much more complicated and layered upside-down (much different from the Stranger Things one, though) thing but we are choosing to not particularly put our money on that.

However, we are most certain this has absolutely nothing to do with the Bermuda triangle or any attempt to replicate that.

This is where we are going a little too far in terms of predicting theories.

“The Interpretation of Dreams and Beyond the Pleasure Principle” by Sigmund Freud is one of the first books that extensively talk about dreams and their meaning of them. Why is this essential? Well, this book was originally published on the 4th of November, 1899.

If that is not all, the constant cry for “Waking up” throughout the trailer further hints at the story having a lot to do with dreams (and reality) and their interpretation of them.

This is somewhat related to Freud’s book but also a whole different concept.

As the name suggests, this indeed refers to unconscious minds and sharing of mental concepts and subsequently forming one collective unconscious state. Carl Jung who coined this theory believed in explaining similar themes occurring in different mythologies around the world with this theory.

The trailer of 1899 suggests a collective dream-like state from which every character is trying to wake up from. This might just be it.

And finally, here we are with the most fascinating (and also extremely far-fetched) theory.

A secret society (should we just call it a cult?), Golden Dawn was founded in 1887 to explore and explain occult, metaphysical things, and paranormal activities during the late 19th and early 20th centuries. There was a fraction between the members of this society in the year, oh well, 1899.

Now, the foundation of “Golden Dawn” is actually based on five divisions of pentagrammaton (an allegorical form of the Hebrew name of Jesus). These five divisions are fire, water, air, spirit, and earth.

Why is this important? Because the earth symbol is, guess what, an upside-down triangle with a line down the bottom of it.

But that’s not it. Every other symbol has also been noticed by certain people around the internet which makes the whole thing a tad more interesting.

As we have mentioned earlier, the show can completely debunk all these theories and can be an entirely different, unimaginable thing. We can’t wait to find that out, of course. Until then…

Everything We Know About Netflix ‘1899’ Including Trailer, Plot, And The Cast