1899 (Season 1) ‘Netflix’ Review: The first ten minutes of “1899” feels like a really jittery take-off. However, just like most flights become easier to handle once the plane is in the air, the show starts to find its footing soon enough. Using this metaphor is ironic, though, considering most of the show is in the water.

Jantje Friese and Baran bo Odar created “Dark” five years ago for an audience unaware of what was in store for them. The Netflix original series justifiably became one of the biggest pop culture phenomenons thanks to its astonishingly original concept, unbelievable plot, and insane storytelling. Thanks to that, “1899” has been carrying the burden of humongous expectations ever since it was announced by Netflix as the “next big thing” by the Dark creators.

People have already lost their minds by obsessing over possible themes and theories all over the internet. Both Netflix and the makers have been very protective about not giving anything away and have successfully managed to do that.

But the moment of truth is finally here after all this time. 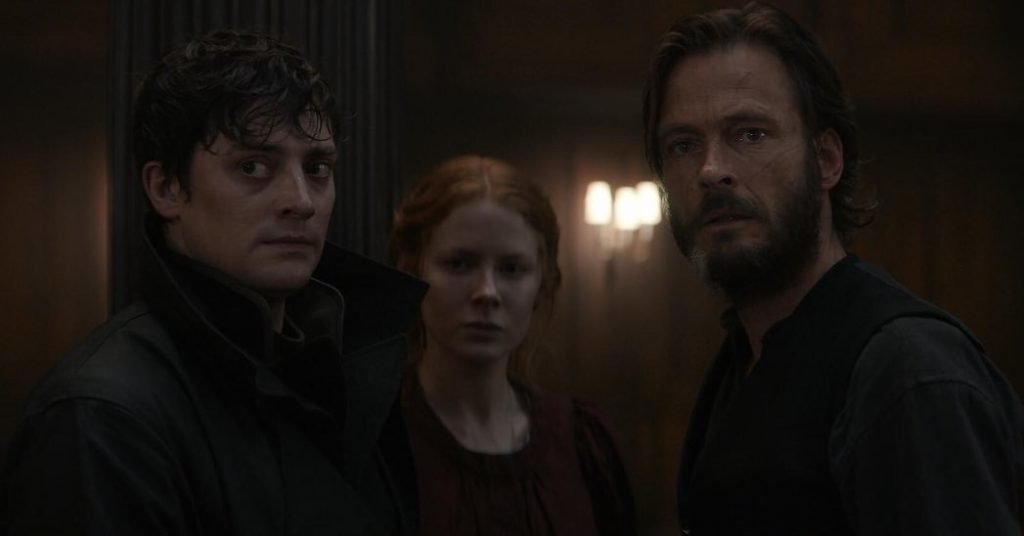 The world can see and judge 1899 now, and whether we consciously do it or not, comparison with “Dark” is bound to happen. In fact, at some point in the show, you might end up indulging yourself in ludicrous thoughts like “is this by any chance connected to Dark” or “is Andreas Pietschmann’s character here actually Jonas Kahneald.” It is still being determined whether or not the Friese and bo Odar actually intended for such things. But without further ado and spoiling anything, we can safely say that it is a new story that has nothing to do with any other show.

1899 opens with a narrative about the human brain and the associated dreams and realities, along with immersive visuals of the sky, the ocean, and so many other landscapes, which would eventually make sense, quickly followed by a flash of memory or dream of the narrator.

Within the span of ten minutes, the show put most of its central characters into the middle of things. We meet the narrator, Maura Franklin (played by Into the Badlands actress Emily Beechum); a lone passenger of the stream ship Kerberos, traveling to New York from London.

The other essential passengers are French honeymooners Lucian and Clémence, who don’t really get along. Spanish siblings Ramiro and Ángel, who do not at all seems like brothers are a mysterious young Chinese woman traveling with her mother, a wealthy British woman, and a Danish family of five members in the third class. Dark’s Andreas Pietschmann plays the captain of the ship Eyk.

The initial problem of “too much too soon” is quickly fixed as the characters settle in the first-class dining room for breakfast. We get hooked on the major plot, which is centered around a lost ship called Prometheus from the same shipping company Kerberos belongs to. However, Kerberos starts to receive signals from Prometheus real soon, and the “what is lost will be found” theme of the show is primarily established.

As time goes by, the plot thickens, and new mysteries are introduced into the narrative one after another, which seems intriguing initially but eventually becomes quite frustrating and, we dare say, irritating. In fact, the show’s sixth episode relies too much on character interactions, falls really flat, and feels tiresome to watch. The primary reason for that is other than the three main characters, Maura, Eyk, and Daniel (played by Welsh actor Aneurin Barnard), who are introduced at the very end of episode 1, none of the other characters are properly written.

Most of the subplots need to be fleshed out more to make us care for any of them. The acting of the ensemble cast is top-notch, though, especially of Beecham, who manages to earn enough sympathy for Maura. As far as the other two leads, Barnard is really good, but Pietschmann seems to have a “Dark” hangover at times.

In the bigger scheme of things, though, the undercooked characters hardly matter as the show’s focal point is its central mystery, which is interesting enough for the audience to keep going. However, it drags too long to give the answers finally. The infinite amount of time dialogues like “what is going on” uttered by its characters are disturbingly high. Although not completely satisfactory, the ultimate twist is worthy enough to hold on to the show if you are wondering.

One of the biggest strengths of Friese and bo Odar is their storytelling ability which has no bound as in their hand, the story can become absolutely anything and shifts through so many genres like science fiction to horror to fantasy. 1899 is no exception, but the over-ambitiousness of the whole thing is probably why it could have landed more smoothly. 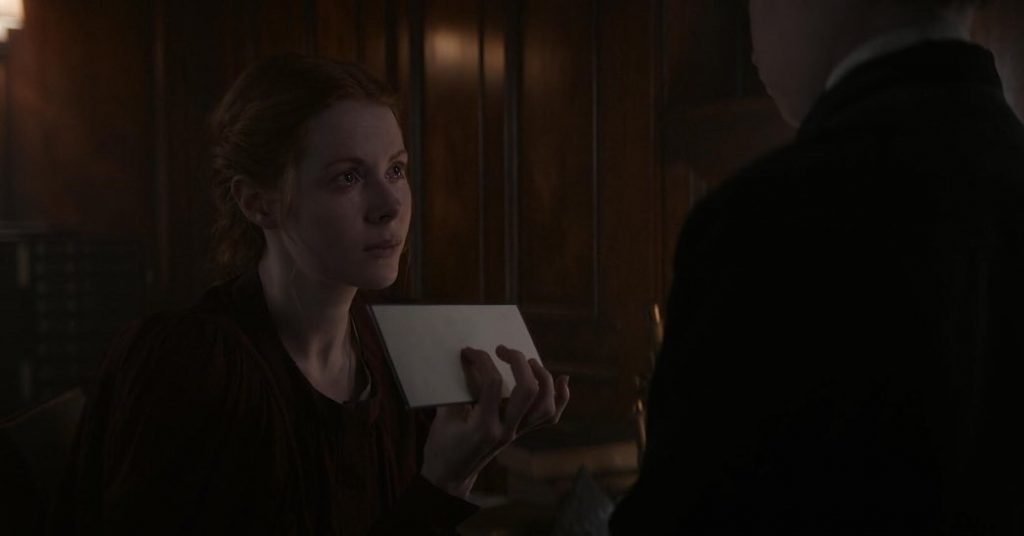 1899, to describe it properly, is a product of lots of ideas thrown into a blender. And the ideas could be more original as it reminds you of many other shows that are not Dark. The biggest USP of it is perhaps the absolutely brilliant and very suggestive soundtrack consisting of songs like a reimagined version of Jefferson Airplane’s White Rabbit as the intro to David Bowie’s iconic Starman. It is both frustrating and fascinating to watch the mystery unfolding. A more focused and less convoluted second season can be expected, nonetheless, especially after the perfect “cliffhanger” ending, which literally changes everything.

Understanding The Plot Of Netflix’s 1899 And Theories Around It

Everything We Know About Netflix ‘1899’ Including Trailer, Plot, And The Cast