Life is a labyrinth. Some people wander around their whole lives looking for a way out, but there’s only one path and it leads you ever deeper. You don’t understand it until you’ve reached the center.

Netflix’s first original German series Dark (2017–), created by Baran bo Odar and Jantje Friese, is set at the small town of Winden, encompassed within dense woods and grey, overcast skies. A nuclear power plant looms in the outskirts of the town and there’s a dreary labyrinthine of subterranean caves that spooks out the town’s kids. Early in the series, we see an angst-ridden teenager Jonas (Louis Hoffman) cloaked under a bright yellow jacket riding in his bicycle through the gloomy forest road to reach the school. And, soon we come to learn about a family haunted by a missing child. This set-up instantly propels our mind to think of Netflix’s sensational American sci-fi series Stranger Things. Yet in many ways, Dark is anti-Stranger Things. For one, the mood is much somber and there’s none of Spielberg-tinted nostalgic notions. The youth of the town are completely stripped of their innocence and the adults remain portentous. On one hand, it’s a family saga that intriguingly evolves over the decades, harboring scathing and deeply buried secrets. On the other hand, it’s a mind-bending sci-fi mystery, comprising of time-loops, wormholes, and 33-year cycle time-travel. 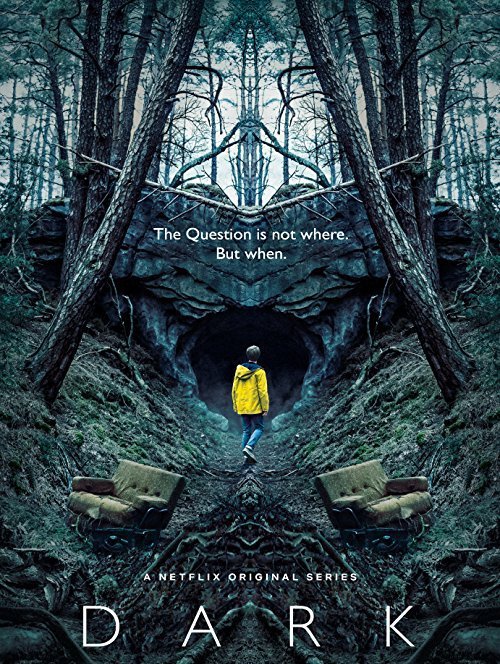 Dark has long list of characters to keep track of, which is a huge challenge in the initial episodes. It opens in 2019 with a brooding voice-over remarking ‘everything is connected’, and gradually introduces us the children and parents of four families, around whom the mystery is spun. Before that we witness the ominous suicide of a middle-aged man, who nonchalantly writes a letter and hangs himself. The man’s teenage son Jonas has recurring nightmares and suffers from post-traumatic stress ever since discovering his dead father. He has just come back to his isolated home after months of treatment at a mental facility. Upstairs, Jonas’ mother Hannah Kahnwald (Maja Schone) is seen having sex with local police Chief Ulrich Nielsen (Oliver Masucci), who after the session climbs out of the house and jogs through the dense woods to be just in time for the breakfast. Ulrich lives with his wife Katharina (Jordis Triebel), who works as principal at the local school, and they have three children. The youngest and mischievous of the three is Mikkel (Daan Lennard Liebrenz), who aspires to follow the paths of the famous magician Harry Houdini.

The whole town is on the edge, especially the atmosphere in police station looks tense, since the inexplicable disappearance of an orange-haired teenager named Erik. While the baffled townspeople aid the police to search for him, we see Erik locked in a brightly colored children’s room, where an old TV blares random ads and an intimidating electric chair is bolted to the center of the room. Unfortunately, by the end of first episode Erik doesn’t happen to be the only missing kid. During a night-time rendezvous near the foreboding caves, Jonas and his friends try to recover some drugs that Erik stashed away in a hiding spot. Mikkel too accompanies the group, sticking alongside his elder brother. Some spooky movements from inside the cave make the youngsters to run in different directions. In the chaos, Mikkel goes missing. At this point, the series looks like a crime tale about child abduction. And, more characters are introduced in the subsequent episodes and the web of overlapping connections between the disparate set of townspeople suggests possibility of a deep secret that’s directly connected to the mystery of missing children. Grief-stricken and angry over Mikkel’s abduction, the father & police chief Ulrich recalls similar disappearance of his beloved younger brother Mads Nielsen in 1986 who was never found. The year 1986 does seem to play an important role in the contemporary events. But not just in a figurative manner as sages often quote about the past; it plays a very literal role. How? That has something to do with an obscure wormhole in the caves or a mysterious time-travel device carried by a desolate stranger, which simultaneously tracks down the characters’ activities in 1986 and 2019.

Although Dark lacks the Lynchian sense of surrealism and sardonic humor, its narrative strategy pretty much recalls Twin Peaks. It starts off with a seemingly solvable mystery, but slowly crosses the threshold of reality to jump into complex, indecipherable dimensions that increasingly makes it hard to level our minds to the show’s unforeseeable turns. Viewers expecting Stranger Things-esque escapist entertainment would feel cheated by Dark’s quite demoralizing tone and heavy thicket of story lines. The series is definitely for those who embrace claustrophobic, atmospheric thrills and heavily philosophized thematic exploration of unstoppable evil (there are ample references to Antichrist and classic German legend Faust). Baran bo Odar and Jantje Friese’s visual schemes and writing tends to be both on-the-nose and ambiguous. From quoting Nietzsche, Albert Einstein to evoking myth of Ariadne and Trinity Knot, Dark persistently hints at its intricate science and philosophical ideas. The dialogues keep on conveying at lengths about inter-connectivity, repetition of history, wormholes, doppelgangers, etc which at times gives off a feeling that the creators are trying too much to underline their ideas in every possible scenario (a simple classroom lecture, a casual conversation or a school play constantly evokes the themes at play). Considering the effectiveness of the expressionist visual schemes, the weighty dialogues at times comes off as unsubtle (and some of the concepts talked about are pretty tough to understand for non-scientific viewers). 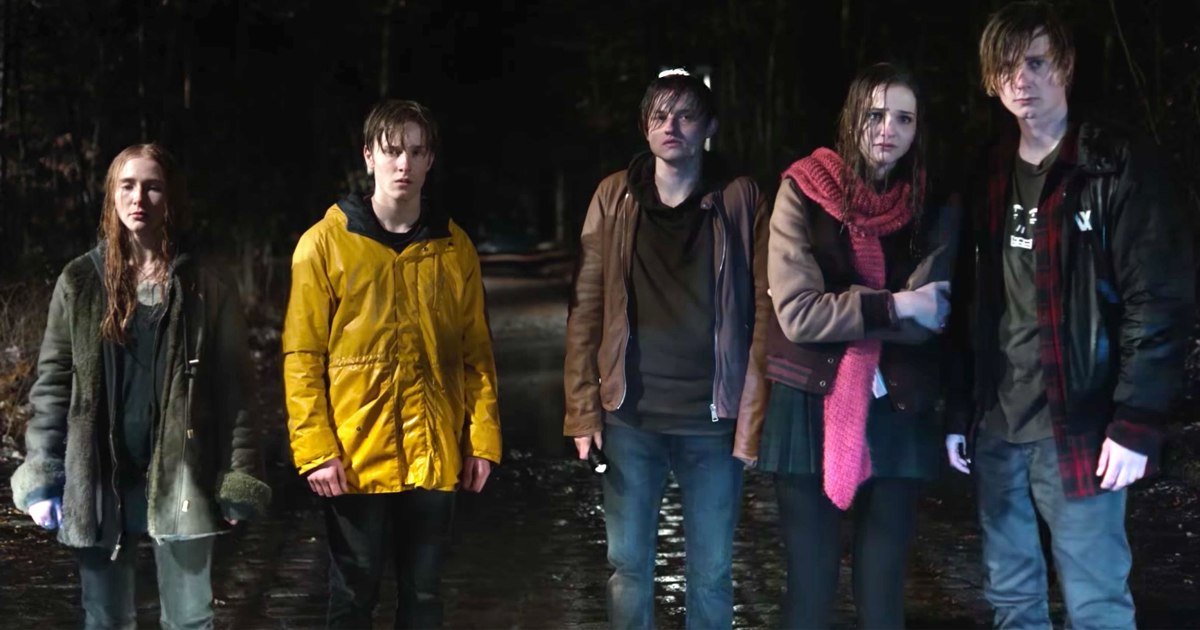 The autumnal imagery of Dark gracefully turns every natural setting into an omen of upcoming disaster. Heavy rain, damp murky brown landscape, fading walls, broken-down bunkers, and claustrophobic caves, the series keeps on ratcheting up its tension through subtly unnerving surroundings. Each disconcerting episodes also moves at considerably good pace, diffused with adrenaline-pumping scenes and cliff-hanger endings. So even when the thematic notions become too impenetrable to grasp, the tense visuals and brisk narrative flow bestows it with binge-worthy qualities (once the viewers keep their expectations at bay and embrace this obscurely twisted realm). The series also suffers initially in terms of character development. Apart from Jonas, we rarely empathize with contemporary characters, including the melancholic Nielsen family. However, the characters of 1986 seem a bit more humane and provides some chance to get to know these people on a deeper level. The ending of season 1 would surely annoy many viewers, since the answers are less while the questions are stacked high. I definitely didn’t understand some of the scenarios and connections (although some spoiler-filled online articles give away interesting insights) and yet the creators offer an immersive experience till the last moment (of course it’s frustrating that we need to wait for a possible second season to find answers to head-scratching questions).

The tough thematic core and slow-burn narrative tone of the German TV series Dark (2017–) may seem too overwhelming for those seeking popcorn entertainment. But if you enjoy watching eerie, brooding series that often toy with the conventions, Dark would offer a perplexing yet compelling viewing experience.