Death leaves a heartache no one can heal, love leaves a memory no one can steal.
– Irish Saying. 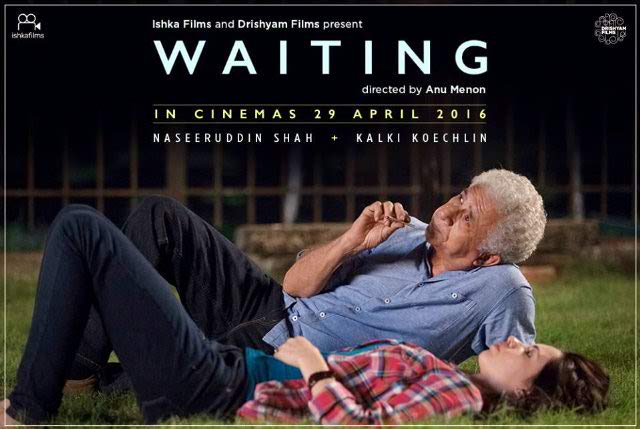 For everyone who has every been in a hospital, trying to pass on the agony in their heads onto the random daily newspaper or someone else going under the same spell, Anu Menon’s Waiting is a living portrayal of that heartbreaking ordeal one goes through. Time doesn’t just fly away & feeling just creep up out of nowhere. The fear, that clogs along with the pain just doubles the frustration. The dilemma of understanding what the next step should be; is even harder than being in a mental asylum surrounded by freaks.

Waiting is about Tara (Kalki) who receives a phone call & readily rushes to Kochi only to know that her newly wedded husband has faced a fatal accident & has in turn gone into a comma. Being an egoistic fanatic, she is overly abusive & angry at the situation she has gotten herself into. She doesn’t really understand what she should be doing in such a condition. In panic she needs someone to understand her futile condition but her speed-dials have all become lost causes as she has had a marriage that was out of norms for people to accept. Heart-broken & scared she walks across the 5 star facilitated hospital when she meets Shiv (Naseeruddin Shah), a retired professor who is probably the only one who can actually understand the stage she is going through, as his wife has been in a comma for the past eight months. 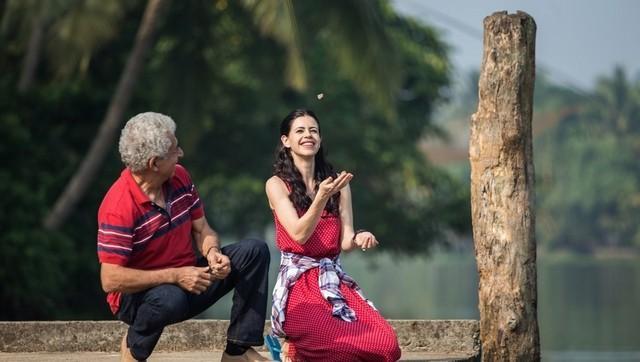 The film imposes numerous questions that deal with love, loss, hatred & above all that sad part of letting go off people you consider to be the dearest. There is a very subtle and nuanced way in which Anu Menon plays with her two central characters who are not only different from each other in their mannerism & age but are people who come from totally different walks of life. Yet they connect to each other in their mutual grief and sorrow. The greatest strength of the film is the way it deals with it’s sentimentality. The two characters are never weepy & snobby about their situations. Much like life, they are just confused & irritated at their conditions.

The film however, is not as perfect as it’s two leading actors. Much like her previous film London Paris New York, Anu Menon’s Waiting suffers from plot inconsistency. After a short period of time the film feels tedious & works entirely in a loop that goes on for way too long. Being just 90 odd minutes in run time, the clunky script strangely feels underdeveloped & over-written at the same time. While Nasser sir as always remains class apart, Kalki’s character who changes from speaking in English to Hindi quite often loses credibility & certain emotions are lost in translation. Most of her dialogues feel forced & seem like they are begging for attention. There’s also a very strange subplot that deals with the doctor who is consistently involved in letting people know about the cliched 48 hour critical timeline & a bearer of bad news.

Waiting is one of those films that’s too talky to be taken seriously but not entirely off-putting to be considered dumb. There are two specific scenes in the film that are seriously important for people to understand the value of love & loss. Hence, I recommend Waiting in spite of it’s jarring pit-falls.