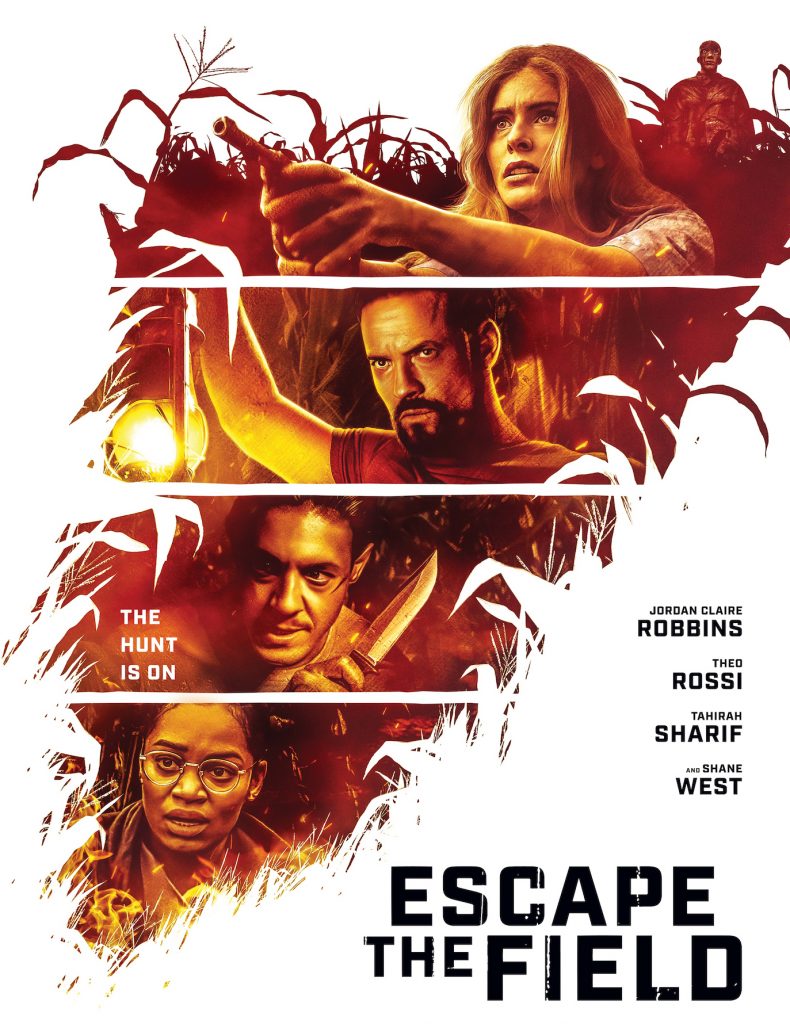 The film Escape the Field (2022) brings out an exciting and nerve-wracking, Squid Games anxiety that takes part in a cornfield. The film stars A Walk to Remember fame Shane West along with Jordan Claire Robbins (from The Umbrella Academy), Theo Rossi (Sons of Anarchy), Elena Juacto, and Tahirah Sharif (The Haunting of Bly Manor).

About Escape the Field (2022): The fear is inescapable and the suspense nonstop in this gripping horror-thriller about six strangers who suddenly awaken in a remote, endless cornfield. Stripped of their possessions, they are left with only six items: a gun with a single bullet, matches, a lantern, a knife, a compass, and a flask of water.

As mysterious sirens blare in the distance and traps appear at every turn, the group realizes it’s been plunged into a cat-and-mouse game with an unseen evil, and survival depends upon solving a diabolical — and deadly — puzzle.

Check out the trailer below to find out what could possibly happen in the cornfield in this thrilling new film – Escape the Field which releases on May 6 in the theatres.

Emily the Criminal Movie Ending, Explained – What Happens to Emily?