Season 3 of 13 Reasons Why follows the same approach of season 1, which was easily the only decent one of the show. But something about the idea of stretching what should have been a miniseries into an on-going teen drama full of dull twists is almost offensive, given the subject matters the series explores. It keeps touching on sensitive, serious issues in a lazy, forced and clumsy approach making the series more controversial than necessary. On that note, here are 13 reasons to avoid the newest season of 13 Reasons Why:

1. The treatment of Bryce 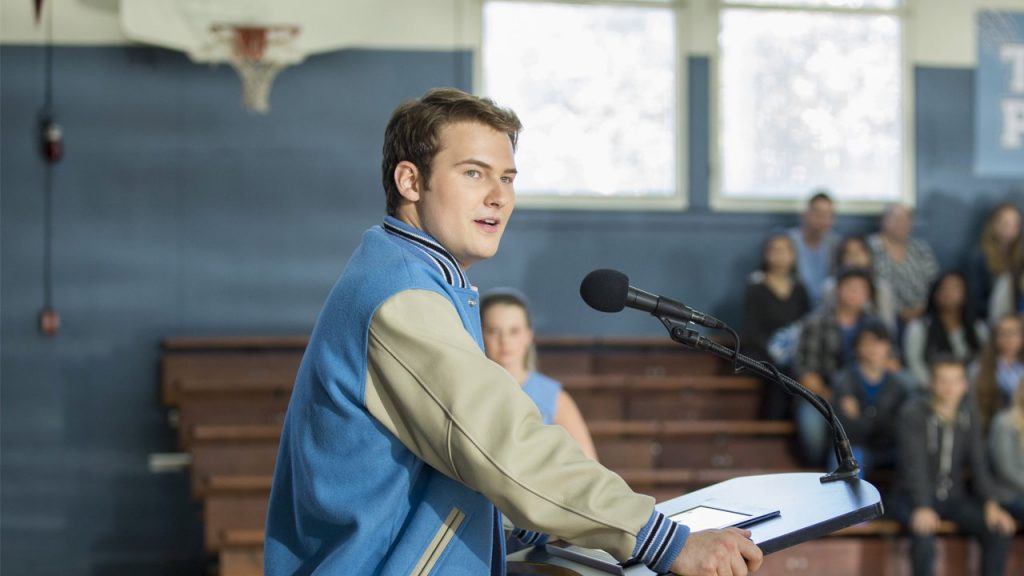 Throughout the entirety of season 3, we’re lead to feeling somewhat sympathetic for Bryce, who’s the one-dimensional rapist villain of the show. There’s a lack of an underlying point to his redemption arc. It feels as if the writers went into this season with the assumption that we, as an audience, think all rapists are psychopaths and completely incapable of developing feelings and emotions, and that they wanted to address that via Bryce.

People are not that oblivious though, and it was a big misstep to spend more time emphasizing how hard it is for a rapist to be forgiven for their actions than to question whether or not a serial rapist is even capable of permanently changing their violent, sexual behaviors and how tough rehabilitation is for someone who acts like Bryce. If they wanted the focus of the season to be on Bryce, they should’ve emphasized how difficult it was for him to avoid his violent impulses and compulsive lying rather than how he suddenly develops a conscience out of thin air.

Ani is not only the new girl but the narrator of the show. Incredibly nosy and arrogant, she has somehow befriended all the characters to the point where they trust her with extremely sensitive and private information. She comes across as quite self-righteous and ends up sleeping with Bryce, who’s a serial rapist, multiple times, and outright lies about almost everything she says. Every original character is whittled down to basically nothing just so we could see Ani in nearly every scene, someone that’s new to the show yet someone who knows more than everyone else. And since her backstory isn’t explained at all, we’re just left wondering why she’s at all relevant.

The overdose of flashbacks only make the story hard to follow and unconcise with the first two seasons. Random flickers between past and present are too short and too fast to follow, and the season would’ve worked a lot better and been more satisfying had it been told in a straight-forward fashion; having Bryce die halfway through the season or around episode 9-10 and having 3 episodes to manipulate the audience and point fingers at all the characters would’ve been way more decent. It lacked intrigue and concision, and it felt like the mystery elements were dragged out. Other movies and TV shows have done this correctly and made it coherent, but here it feels like reading a book by flipping to a random page, reading the first paragraph then repeating. 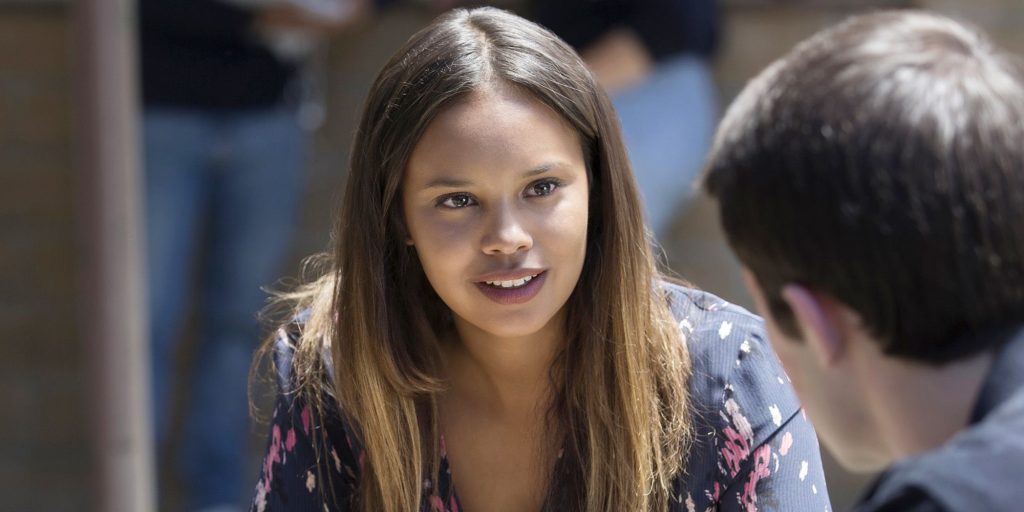 Throughout the season, Jessica – who’s one of Bryce’s rape victims – tries to do real change and help those affected by sexual assault by creating a group of assault survivors in an anti-rape culture. However, her arc was just completely spoilt by the reveal that she just let Bryce die. Despite the oversimplification of her movement, Jessica made an effort to change a toxic culture yet, in the end, she had power over Bryce’s life in that moment and she chose to let him die, becoming just like what she swore to destroy.

5. The unhealthy and unnecessary amount of secrets

Season 3 has so many unnecessary detours to in the story and things feel all driven by miscommunication or lack of communication – or lack of trust. This show is supposedly telling young audiences to seek help from trusted adults if they face issues, while none of these teen characters trust any adults surrounding them. There are so many situations like: A: “You have to trust me!” B: “Then tell me what happened.” A: “I can’t tell you!” B: “Then how can I trust you?” – repeat and repeat.

Despite the effort the media employs these days into passing down a deep message about equality, feminism and activism in general, Casey remains a cardboard cut-out of a social justice warrior, trying to lazily redeem Bryce last minute to make people feel bad about his murder instead of just putting in the work of actually making him a better person, completely ignoring a good storyline about closeted homosexuality to instead stick to doing a generic evil jock shtick. Despite probably meaning well, Casey ends up emphasizing everything that’s taken out of context when it comes to feminism.

7. The reinvention of the plot

Season 3 brought a shift in its narrative from how to get away with bullying to how to get away with murder. The whole execution of a murder mystery was done in plain bad taste; the constant red herrings, investigations, flashbacks and plot twists felt like to just fill episodes, making this season a bland and tiresome show to watch. 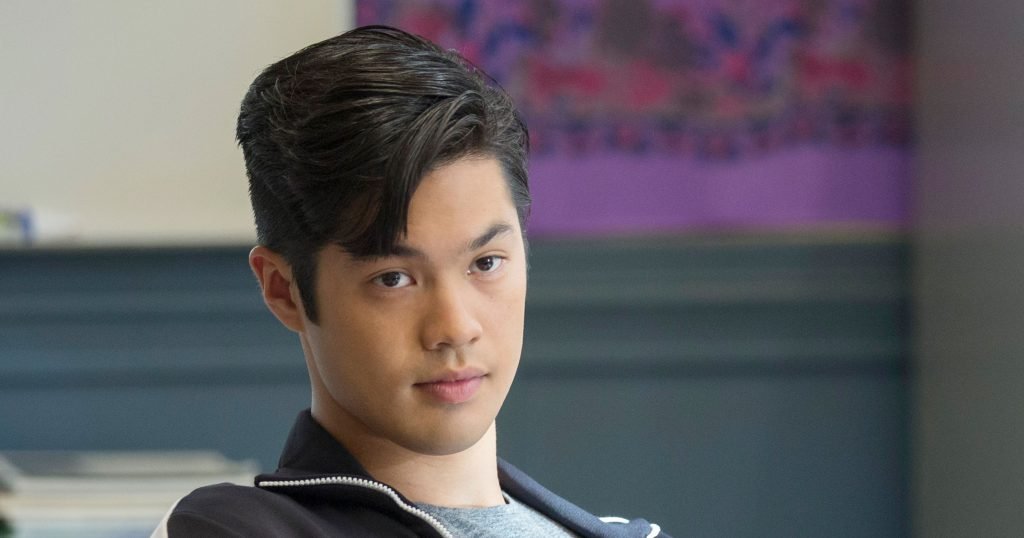 The way the show seems to want to clear Zach of moral culpability on Bryce’s death was a cheap and unjustified. Zach broke Bryce’s leg and arm, and then he deliberately threw away his phone so he couldn’t call 911. No matter what Bryce did (and what he did to Zach wasn’t nearly as bad as what he’s done to others), there’s no excuse for that. Even if Alex and Jessica hadn’t shown up, Bryce might very well have died of hypothermia, or shock, or any other number of complications. On that sense, Zach is just as responsible for Bryce’s death as Alex, and more responsible than Jessica. 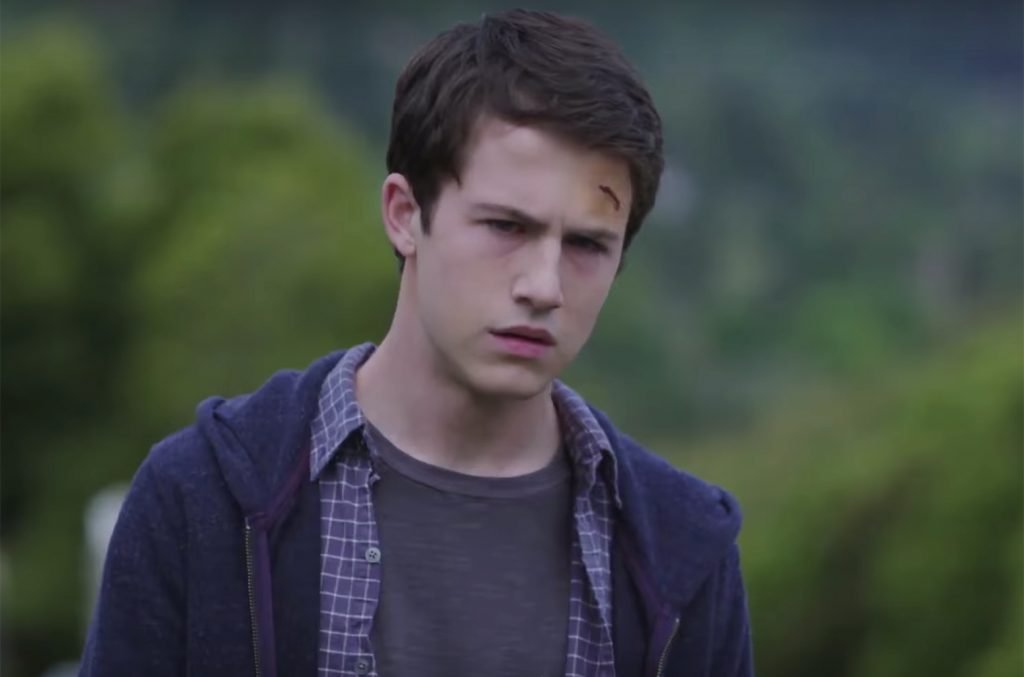 Making Clay look like the bad guy and calling him out for his actions would have been a highlight of the season had his character been developed. By taking the narrative that Clay was somewhat mentally unstable and was obsessive and jealous over Hannah, we clearly know that he was over top not only in his own narrative but also in Hannah’s.

In season two, we get to hear the story again from other people’s perspective, and we realise that a lot of people had meaningful and longer relationships with Hannah, but in Clay’s head, she loved him and mostly him, and he loved her. In that sense, Clay has a very “Joseph Gordon-Levitt in 500 Days of Summer (2009)” way of picturing women, and season three dove into him wanting one thing – love – when Ani obviously wanted something different. In a nutshell, Clay hasn’t developed at all, so he’s still as annoying and pitiful as he was in the two previous seasons.

This season is also about trying to cover up a school shooting – which is in itself absurd and amoral – and babysitting an obviously mentally unwell kid with an access to guns, all the while trying to make him and the serial rapist that’s the main villain of the series, into sympathetic characters. The fact that none of these characters were being held accountable for their actions is downright disastrous. Kids covering up for a potential school shooter was wrong to glorify and it felt like the message that was being portrayed was that it was okay to do whatever they wanted to do – which is extremely disappointing.

It’s not okay to lie and hurt others at the expense of another. That’s what creates the snowball. It creates a culture – just like the one Jessica was trying to destroy. As long as everyone kept their stories straight they could get away with anything. It’s just like the show went from talking about real issues that school aged children face (such as suicide, assault, addiction, etc) to glorifying them getting away with murder.

Monty, like most of the characters of the show, is not given a proper development. Not only that, but the writers did to Monty the injustice of under developing his story then killing him off. No one is born evil, they actually say that during the show, but that doesn’t seem to apply to Monty. Apparently, he’s just evil and gay, and his dad’s abusive and homophobic behavior doesn’t amount to any sort of explanation on how he was pushed to be the person he was, simply being killed off before he could find out.

This entire season was dragged out with a bunch of unnecessary plot points to make everyone look guilty, most of which didn’t add any substance to the finale at all. The first ten episodes are as bland as they can be. The series peaked at episode 11, but that’s way too. In the first season, there are 13 episodes, one for each of the tapes Hannah recorded, which is justifiable. The subsequent seasons did the same, which is completely unnecessary. Every moment of season three just drags and it makes you wonder if the show could have been any better if the storytelling was more concise.

In times where HBO’s Euphoria tackled teen issues in a fresh note, portraying them as serious people with real frustrations, dreams, problems and desires, 13 Reasons Why still acts like it’s the TV series of the millennials. By refusing to have a moral compass and by insisting on moralizing teen pain, 13 Reasons Why remains a shallow teen show in the likes of Riverdale, with the only difference between the two being that the latter isn’t as controversial as the first in its topics.

Everything Coming to Netflix in November 2022: Crown Season 5, Wednesday, Enola Holmes 2, and more

Everything Coming to Netflix in September 2022