Everyone goes through that phase in life when nothing seems to be going your way. Without any redeeming elements in your day or near future, you just try to cling on to any sort of hope in an exasperated state. The endless tunnel of disappointments and the darkness seem a bit too much at times. ‘Actual People’ realizes that state of mind and fears through Riley, who’s about to graduate in a week and has no idea what she should do ahead. The plot is set in New York but that hardly matters.

Director and writer Kit Zahaur stars as the protagonist, who is revealed to be half-Asian by the end of the film. Like so many college students about to graduate today, Riley’s tumultuous life is like a fishing net, wide-open one moment, only to shut closed the next moment. She goes through a chain of events that put her on the verge of a mental breakdown and threatens to disrupt the life of those around her.

Related to Actual People – Inside Out [2015]: “Feelings can Creep up Just like that”

Zahaur also does well in capturing the millennial mood. One hilarious instance involves her erstwhile boyfriend-cum-roommate evicting her because her attitude to everything in life is too millennial. That is a keenly observed and surmised characteristic that is becoming dangerously common among young people today. Her attempts to establish a dialogue with the audience about the issue are frustratingly inconsistent. Does this generation really have no maturity to handle the realities of life? Why are we so overwhelmed by almost everything that goes against how we thought it would? There are too many questions to answer them all. And maybe Zahaur inundates the viewer with a bit too much. 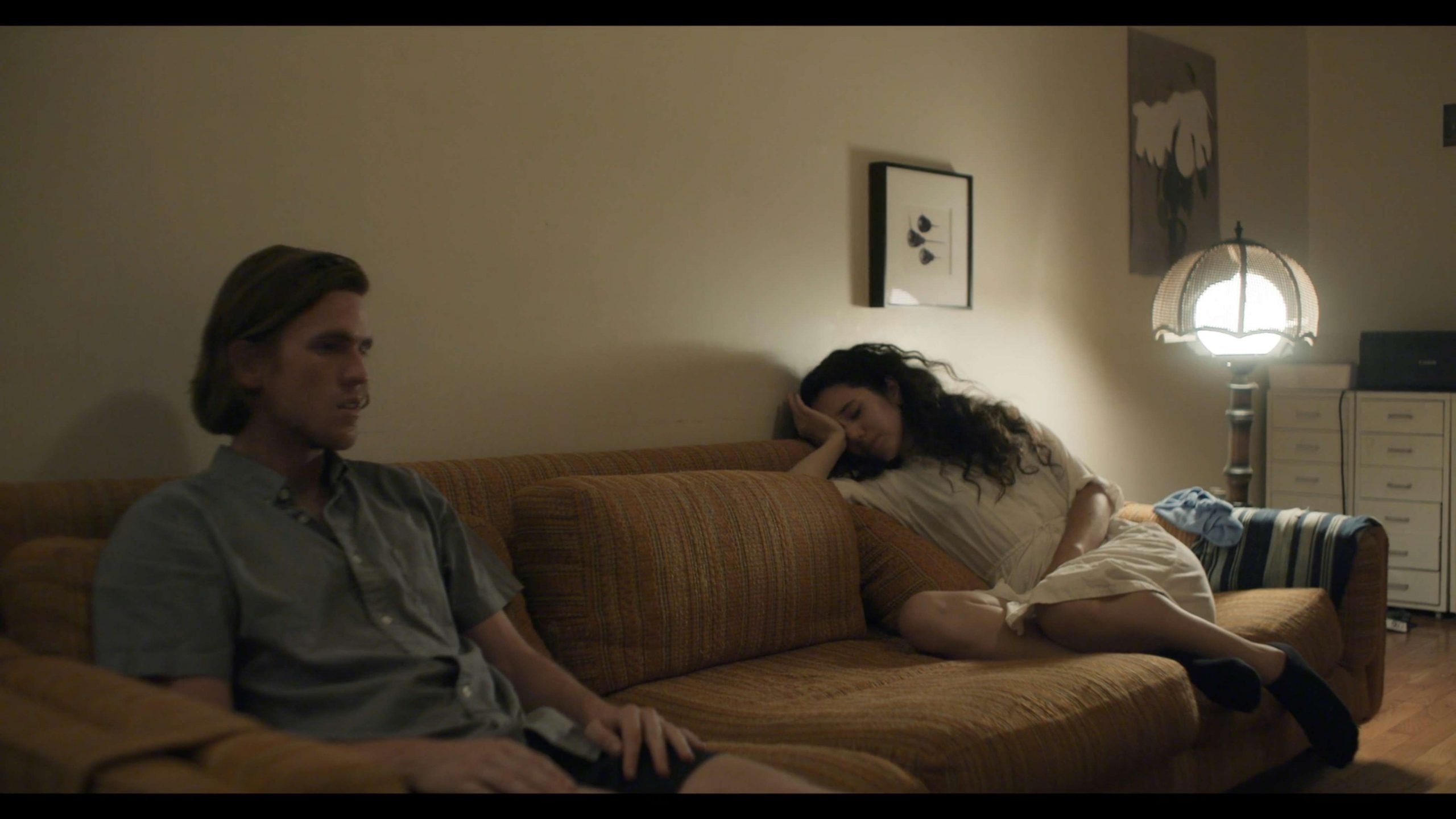 ‘Actual People’ tests your patience before finally presenting a lucid path. The point it drives home is gradually built, albeit without graded nuance that is not bereft of passion. It might take multiple viewings to realize why a lot of things that ought not to happen, do.  I do get that the title ‘Actual People’ is meant to bring to light the vicissitudes of daily life, more often than not eluding the reel life. But there’s some confusion in my mind about how to interpret the final scene. That really puts the film just short of being a coming-of-age film but elegantly close. One explanation can be Riley embarking on new beginnings in life; the idea that God opens one door when he shuts one. It sort of ties in with the larger notion that starting afresh is never too late. Or, on the other hand, the same can actually be a change in Riley’s attitude towards life. After the breakdown in front of her family, she pulls her straps up and tries to look at life differently. Your perspective immensely dictates what different things mean to you.

There’s a line in the climactic scene where Riley says “I wish someone would just tell me the kind of person I’m supposed to be”, which really struck me. Almost all of us, barring the rare breed of overachievers, have gone through this crisis that is as much existential as it is about identity. Not being able to find your place in your individual standpoint is worse than not being able to fit in with others. Most people are unwilling to accept this fact. This lack of introspection may not be a healthy thing for your future self. Counseling and sessions with psychologists only help so much. If you cannot arrive at the realization yourself, there’s nothing significant others can do for you.

Also, Read – SORRY TO BOTHER YOU REVIEW [2018]: A REJUVENATION OF AMERICAN INDIE CINEMA

Coming to some technical aspects, there’s not much to relish visually or cinematically. New York’s nightlife is mostly drunk teenagers and people in their twenties trying to be even drunker and score recreational drugs. The setting keeps shifting from one party to the other, just as Riley seeks an ailing hand. Calling the filming techniques minimalistic might be the right thing to do. Zahaur tries to keep the story flowing organically and hence a lot of dialogue does not feel scripted but also a bit undercooked. Some critical emotional scenes seem a bit under-rehearsed, which is not always a bad thing. It has worked before for a lot of filmmakers but fails to reproduce the desired effect here.

‘Actual People’ is a fine attempt to capture the dazed, gnawing feeling people get that remains unattended. The debacle of adulthood is often swept under a good job, a loving family, and a secure future. The mirage only lasts until the stupor is broken and you are confronted with that feeling inside.