“There are no more barriers to cross. My pain is constant and sharp, and I do not hope for a better world for anyone. In fact, I want my pain to be inflicted on others. I want no one to escape. But even after admitting this, there is no catharsis; my punishment continues to elude me, and I gain no deeper knowledge of myself. No new knowledge can be extracted from my telling. This confession has meant nothing.” 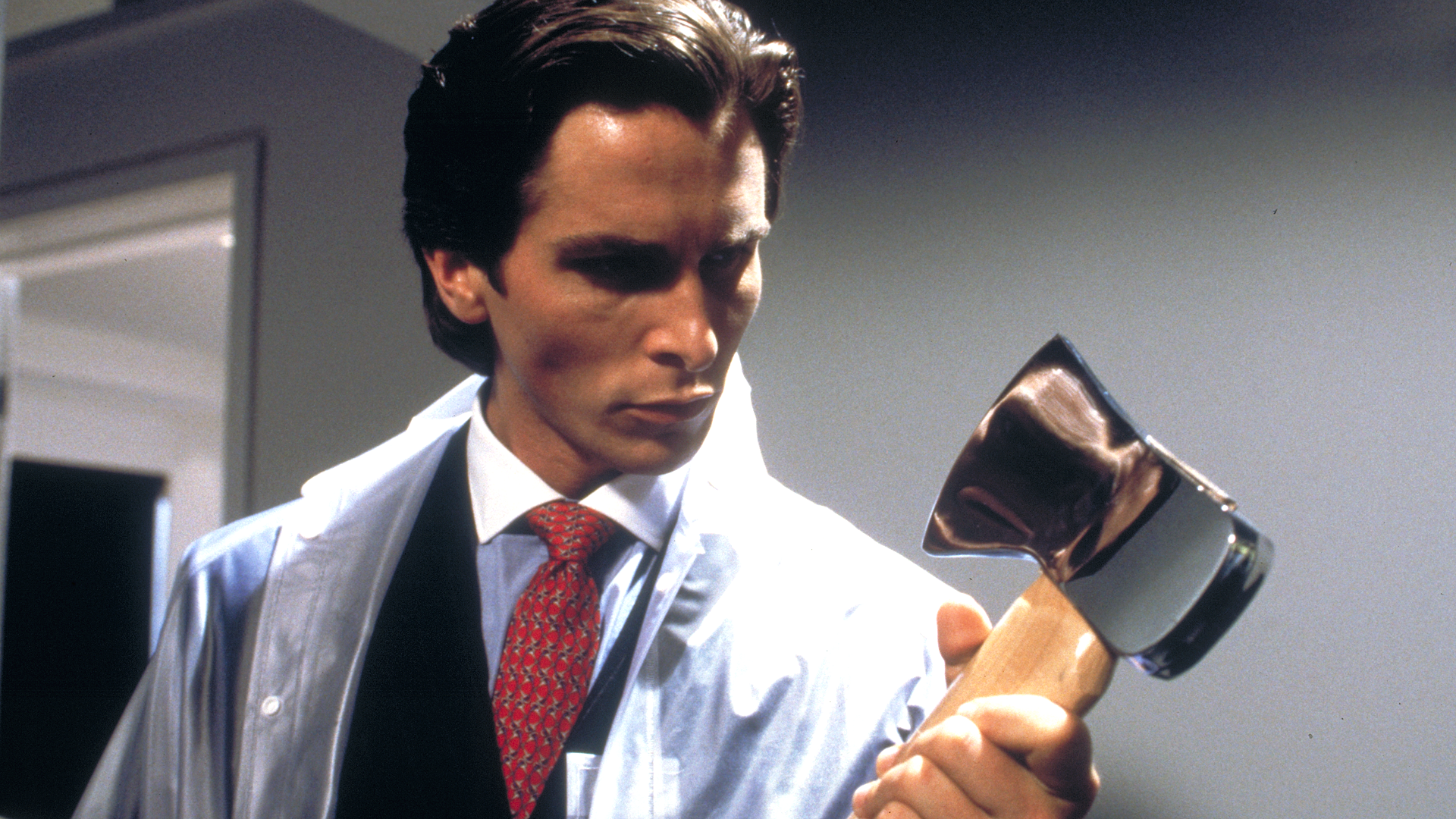 American Psycho is the pinnacle of madness. Never has the lust to simply kill, just for the pleasure of it, narrated so furiously and extravagantly. Never has a movie been so indulgent in petty sexism and lofty materialism, that the central character steps out of his shiny shell to be what he really is: a horribly ugly crab feeding on the misery and pains of humanity. And never has violence been so gratuitously amusing.

Mary Harron has chronicled the horrible descent into madness of an Investment Banker with the precision of a surgeon cutting open a blocked artery with a sharp knife. All that flows out is thick blood, darker than tar, corrupting all that touches it. First, the bits fall, piece by piece in this disintegration of Bateman, then whole chunks and by the end, the persona of a man no longer exists. What remains is violence incarnated, all flesh and bone. Christian Bale as the psychotic murderer pulls off a stunner. It’s how he walked, talked, smirked, grooved and smiled, that made him such a trickling presence of rottenness. To put a further spin to it all, just like Bret Easton Ellis did, American Psycho leaves us with a dead weight of an open ending.

Taking a sting at yuppie culture and consumption of rich, American Psycho takes us  closer to Patrick Bateman, a character who is at the peak of infused consumerism. It’s unnerving when his basic lines of sanity start wearing off, the moisturizers and lotions fade away, to show the actualities of his face. A face which is torn apart by greed, materialism, and egocentric individualism. But the uglier beast lies within, his soul which is so black, that it is almost invisible to the naked eyes in the dead of nights.

American Psycho is a paradox within itself. It’s as much a heart wrenching depressing satire about the fall from grace of humanity, as it’s a laugh out loud subversive black comedy riot. But, in the end, nothing really matters. Neither the deaths nor the satisfactions, not even the sins Bateman committed or his most personal of confessions. Everything turns out to be utterly pointless and meaningless. Just like us and our miserable little lives. Maybe, we all too, don’t really matter much.