When the supervisor at their detention tells both Vale and Alex to fight for their dreams because they’ll have to fight complete ineptitude, we immediately know that we have landed up in a teenage drama where the adults are looked at as sorcerers because of their age and experience in this world and the consequent ways their lives have shaped into. Anonymously Yours (Anónima), directed by Maria Torres, is a teenage drama to its heart. It pumps with the passion of young dreamers, beginning to grasp at their real selves as they look forward to graduating from school. Yet, it throbs with the age-old questions of love, companionship, and identity crisis that the teenager accompanies with itself, making the film sweet but predictable throughout.

Anonymity is an interesting aspect of the modern world. Especially since most of our lives have come to be contained inside the webs of social media, anonymity has become achievable, practicable, and a little scary to swear by. However, teenagers wishing to take on an anonymous identity on the web can be read as a projection of the desire to be someone else, to find an answer to who they really want to be, especially because in their stage of life identity crises are natural.

Related to Anonymously Yours – 10 Unconventional Films About Teenage Girls

Vale, played by Annie Cabello, and Alex, played by Ralf Morales, are no different from other teenagers. They think they are not understood by anyone around them and happen to indulge their real selves into a friendship over text messages with someone anonymous (read: each other). They are also in detention together at school and begin to form a friendship that is going to determine the course of their relationship with each other and their anonymous friend. The movie takes off from there and we speedily head along into the world of teenage confusion interspersed with music, parties, and the process of graduation from senior year at school. 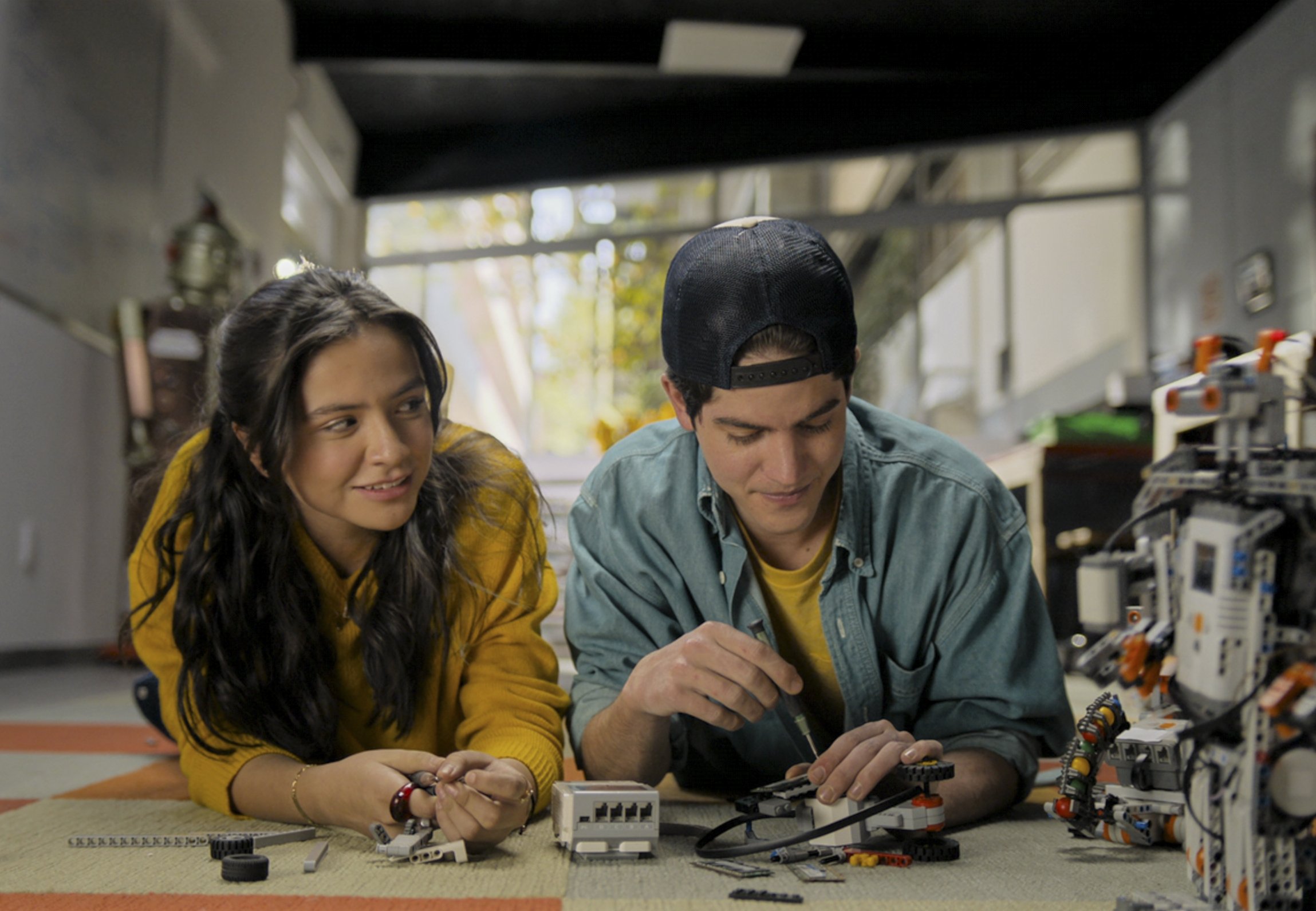 The cliches serve to both hinder and feed our interest. The protagonists are brought together by their queer best friends who also happens to be dating each other. Vale’s parents, like most parents, want their child to join the family business and Alex, who has lost one of his parents, is a very bright student but doesn’t know whether to join college or make a life of his own. Strangely, the burden of teenage identity crisis seems to have fallen upon Alex and Vale while their best friends seem to never strike up a conversation about their future. None of them are convincing enough in their part; thankfully for a makeup and costume team, Vale and Regina look quite the teenager they play, and Alex, with his loose, oversized t-shirts, is a convincing next-door, studious kid.

I am personally a big fan of teenage dramas that handle the idea of anonymity well. One of the reasons why Dash & Lily, a TV series that was released last year and was nominated across numerous categories for the Daytime Emmy Awards 2021, was a delight to watch is the story that revolved around the idea of two anonymous book lovers trading messages via books. Anonymously Yours, no matter how cliched in its dealings, does keep the audience on their toes with the question – what happens when Vale and Alex come to know about their anonymous friend? It has a mischievous playfulness to it, albeit flawed. By the time we finally arrive at the answer to the above-mentioned question, we have lost interest and sacrificed the film to the music in the senior-year prom mood.

My biggest question is – since when do we need the internet for text messaging? Since a majority of Alex’s character and the anonymous friendship is founded on the basis of the wifi connection at his place, this question proves to be a fatal flaw and is almost cancerous for the course of the film. Also, it cannot be me alone who thought it to be a little strange for teenagers, desperately clung to the internet and starting to develop feelings for each other, to not communicate with each other outside school and parties over the real-time course of this story. The question then arises whether or not one should push aside logic and give in to teenage fancy. Whatever your answer, it determines how you receive the film at the end of the day.

I cannot deny that the concept of having to choose between one’s real but virtual existence and one’s lived, teenage existence is brought out well on the screen. But the complexity is handled too casually, even for a sweet, romantic teenage drama. Ill feelings, anger, and hurt vanish into thin air as soon as the music is turned on. Anonymously Yours might be flawed at its core but is sweet if you are an adult and in a mood to indulge.

Anonymously Yours is now streaming on Netflix