The feature film adaptation of what's considered by many to be the most influential Batman story of all, Batman: The Dark Knight Returns brings Frank Miller's groundbreaking comic book miniseries to the cinematic medium in all its glory, and is an utterly dark, powerfully captivating & unabashedly savage delight that's faithful enough to appease fans of the graphic novel and entertaining enough to dazzle everyone else.

Ever since its publication, Frank Miller’s “The Dark Knight Returns” is unanimously hailed by readers & critics alike as arguably the most influential comic book series ever written. Widely considered as one of the best works in the comic medium, it’s a retelling of Batman’s genesis was a watershed event that returned the character to his darker origins and captured the realism, grit & humanity of the masked vigilante like never before, thus marking the dawn of a new era of comic book storytelling, one that was far more serious, grim & seedy than earlier interpretations.

Frank Miller’s graphic novel was such a game-changer that it forever changed how future writers would approach Batman. Such was its influence & popularity that it is even responsible for how we envision & perceive this character to this day. Every comic book issue or TV show or film featuring Batman ever since has borrowed elements from it for their own story. But it wasn’t until 2012 that this comic book miniseries was directly adapted on film canvas in the form of a two-part direct-to-video animated feature film. And it is every bit as great & faithful as any comic book adaptation can get. 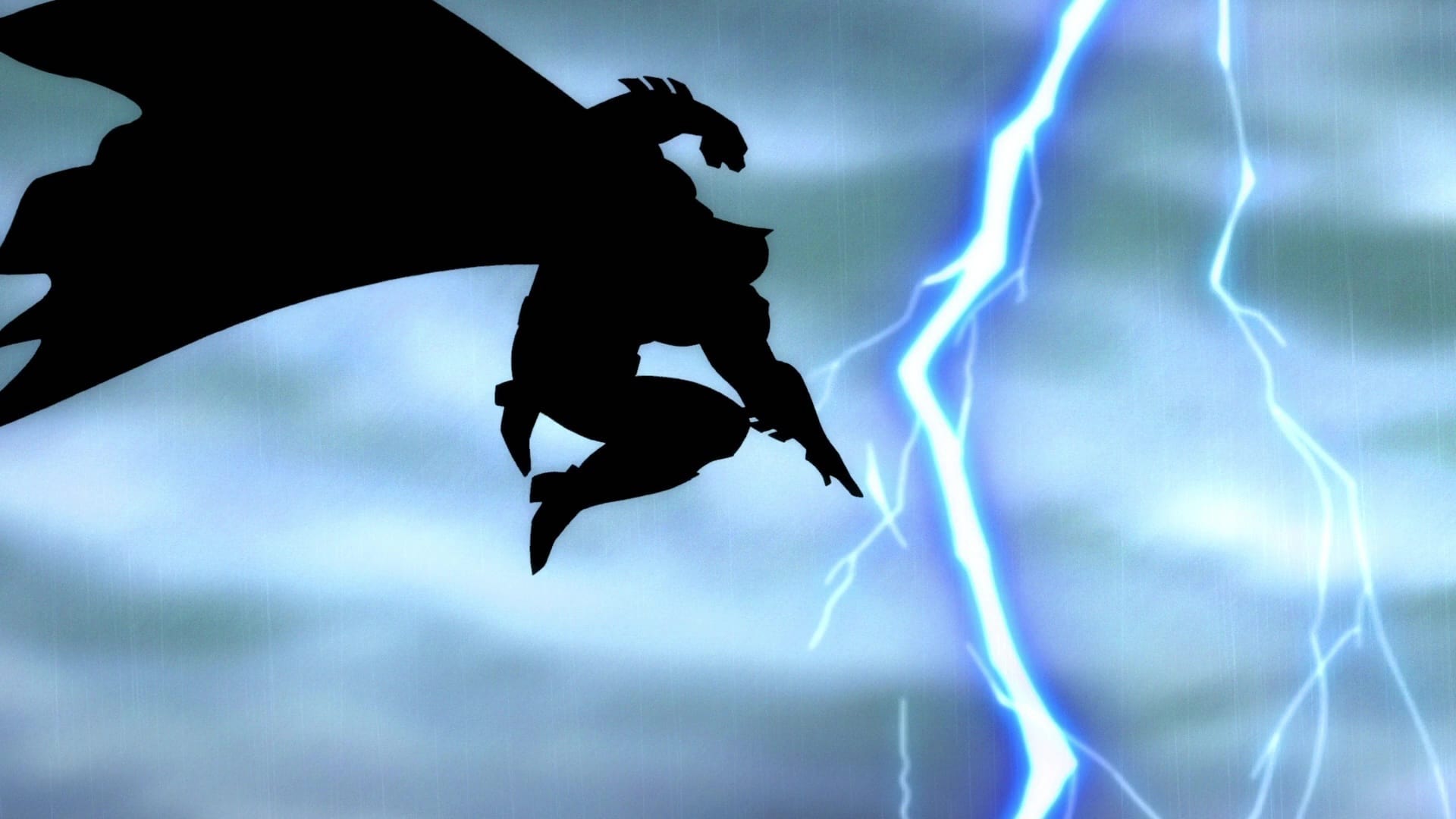 Bringing Frank Miller’s influential literary work to the cinematic medium in all its glory, Batman: The Dark Knight Returns is an incessantly dark, powerfully captivating & unabashedly savage delight that’s presented in two parts. Part 1 introduces a much older Bruce Wayne living a life of solitude after having retired his crime-fighting persona a decade ago, until a number of incidents unfolding simultaneously force him back into the cape & cowl. Part 2 covers the chain of events that are set into motion following Batman’s return as an old foe prepares for a reunion while the U.S. government plans to put him away.

Directed by Jay Oliva, this ingeniously animated & expertly told adaptation opts for a no-holds-barred approach, for it grabs our attention from its opening segment, packs one thrilling moment after another, and seamlessly intertwines its drama & action to deliver an edge-of-the-seat experience that continues to get bigger & better before culminating on an epic & monumental note. The Batman we meet in this film is far more brutal & badass than previous renditions. On top of that, the moments of action it has in store are preceded by terrific build-ups, and the tension is palpable even during the quieter segments. 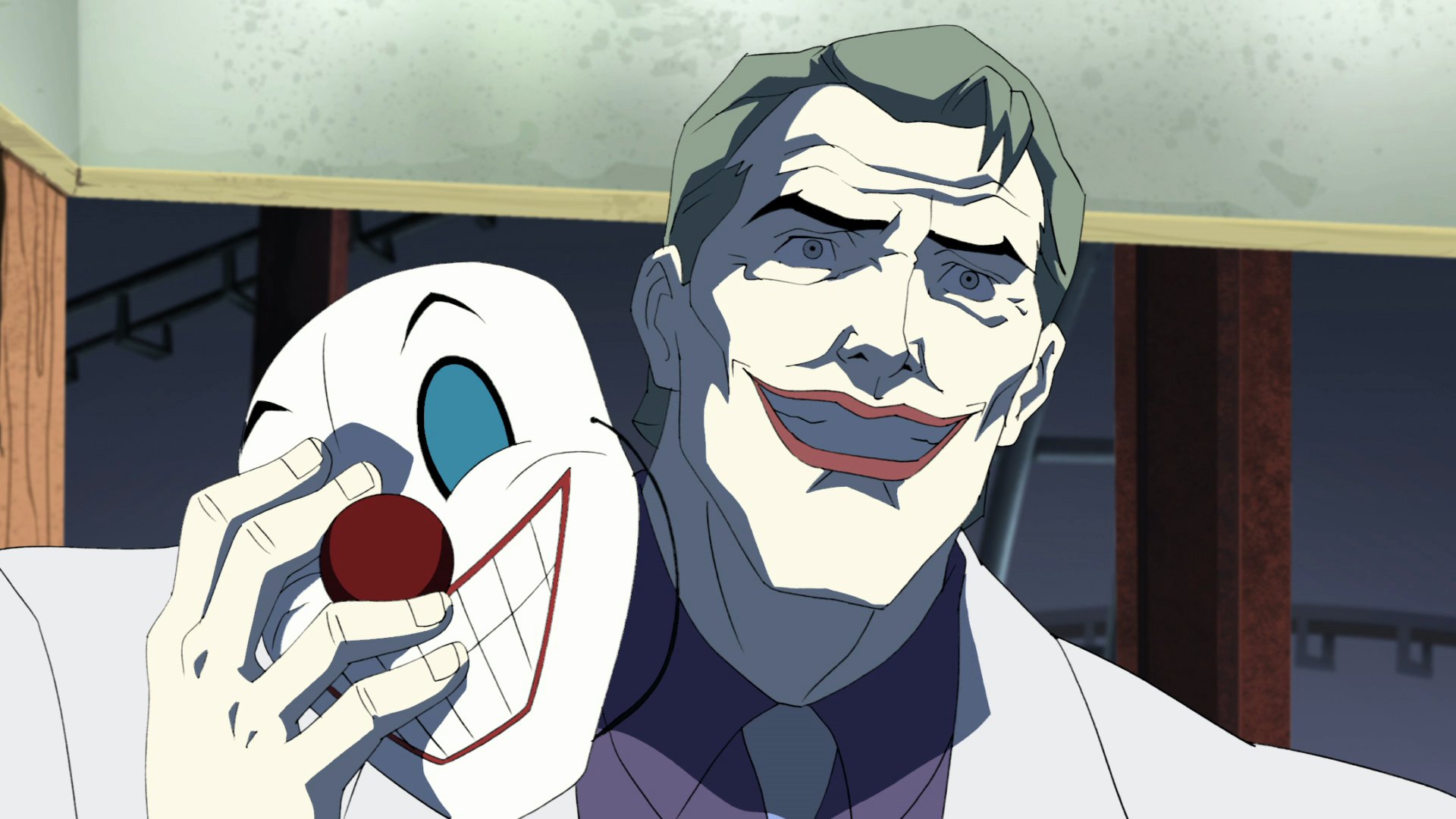 The character sketches & production design are in tune with the gritty look & feel of the graphic novel, and same goes for its sophisticated camerawork & slick animation. Christopher Drake’s excellent score helps keep the dark tone & grim aura alive at all times while also maintaining a firm grip on the viewers’ emotions with its rousing tracks. Peter Weller is no Kevin Conroy but his voice is still fitting for the 55-year old Bruce Wayne. As plot progresses, more larger-than-life characters show up, each raising the stakes some more with their arrival. Yet the one who leaves a lasting mark is the iconic Joker, brilliantly voiced by Michael Emerson.

On an overall scale, Batman: The Dark Knight Returns is an immaculate adaptation that’s crafted with true passion, narrated with unrelenting intensity, and makes every minute of its runtime count to cement its spot amongst its genre’s finest offerings. It is a richly realized story that’s translated from comic book prints to the silver screen with verve & clear vision, addresses all themes, relationships & dynamics with precision, and concludes Batman’s journey with a climactic showdown that delivers on both action & emotion. Faithful enough to please fans of the source material and entertaining enough to dazzle everyone else, Batman: The Dark Knight Returns is one of the greatest adaptations of a comic book on film. Strongly recommended.

Goddess of the Fireflies [2020] Review - A story of freedom

10 Films to Watch While Self Isolating