Goddess of the Fireflies [2020] Review – A story of freedom

An adaptation of Geneviéve Pettersen’s novel of the same name, director Anais Barbeau- Lavalette’s “Goddess of the Fireflies (La déesse des mouches à feu)” is a beautiful coming-of-age drama that you should watch.

Catherine is a 16-year-old girl whose life transforms as she experiences her parents’ divorce along with her own transformation into a self-destructive lifestyle. The film begins on the day of her birthday with her mom gifting her a book her dad doesn’t approve of and her dad giving her a 1000$ cheque her mom doesn’t approve of. This start to the film itself hints at the dysfunctional relationship between her parents. The film progresses to show Catherine’s infatuation for a boy named Pascal (Antoine Desrochers) which proceeds further to her getting punched by Pascal’s girlfriend Mélanie (Marine Johnson).

Catherine is stuck in the chaos of an impending divorce which will lead her to change her present house for a smaller place. With things not going right at home and her desire to kiss Pascal escalating, she finds her own way out. She resorts to being the destructor of the building rather than being the one suffering in its debris. She kickstarts her way into a different life by kissing Pascal and then joining his group of friends. 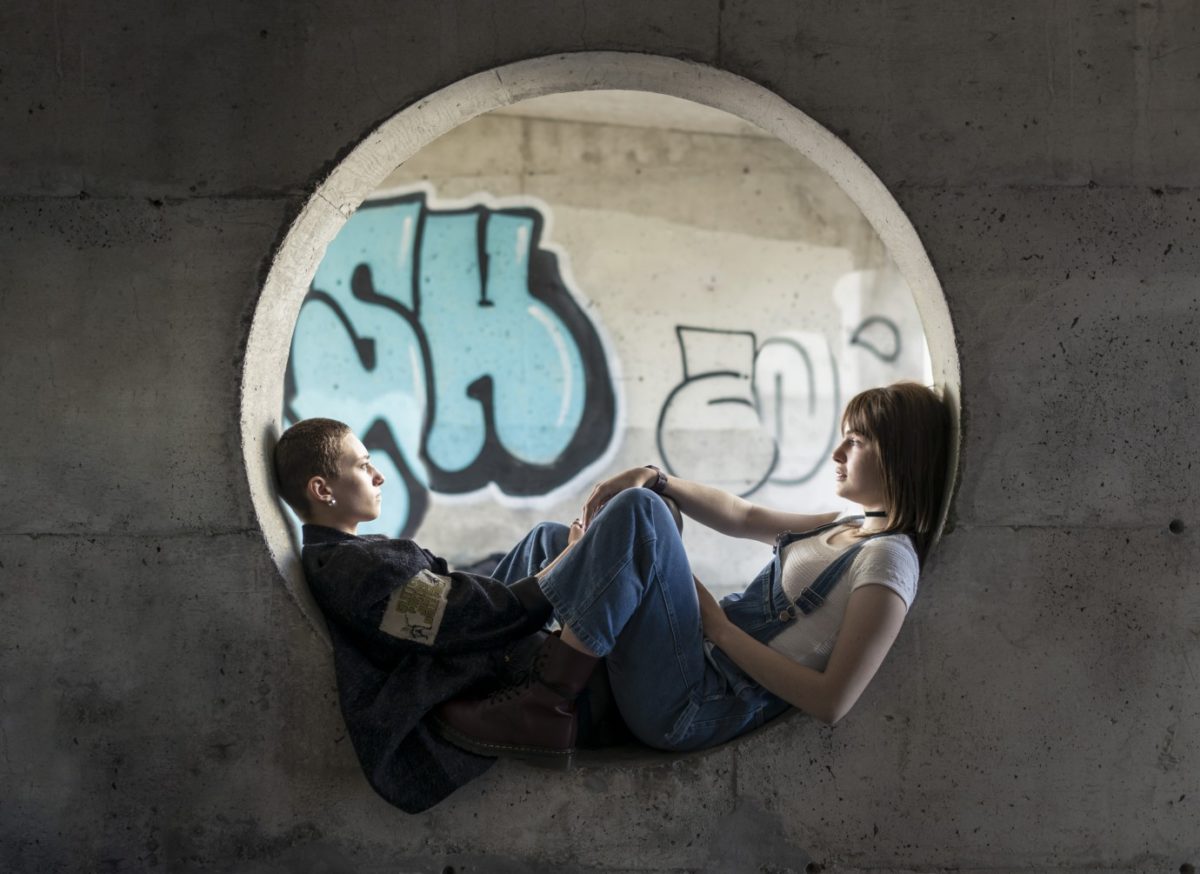 This group of teens indulges in the so-called cool habits of the kids of the 90s – alcohol, cigarettes, and mescaline. Catherine is new to all this but this doesn’t stop her from snorting the white powder. There is just one life to live and it is not worth regretting. Mescaline takes her to ecstatic states. Her newfound addiction and her new best friend – Marie-Eve (Éléonore Loiselle) help her cut out the toxic family troubles. Catherine is in search of a mental state even she doesn’t know of so she just goes ahead with what her group pf friends are doing around her. Her quest for liberation of some kind is visible in her desire to be a rebel, in doing everything she is not supposed to do – sex and drugs.

Barbeau- Lavalette has very beautifully shown this transformation of Catherine. When you think of the plot you wonder how is it different from any other coming-of-age film? It isn’t but what makes it a wonderful watch is the character of Catherine which has been written down with such intricacies that is makes Catherine’s internal conflict feel very real. The film stands on the amazing acting by Kelly Dépeault (Catherine). Her flawless acting abilities have brought to light several layers of the character.

The film moves ahead to show how Catherine falls in love for the first time and how despite being caught by her parents’ she doesn’t stop doing drugs. The film makes an important statement when one of the teens commit suicide. Even while mourning his death, the others in the group don’t stop doing mescaline. They seem to be guided unconsciously by the things around them -Kurt Cobain’s death, Mia Wallace’s style and dance from Pulp Fiction and several other things. These kids are not afraid to die, they are afraid of facing their troubled realities and afraid of being uncool, outdated.

The film has a beautiful soundtrack and the cinematography which is at most times hand-held grasps our attention and sucks us into the film. Things grow darker for Catherine but we don’t know what will happen for her. Her parents try to be with her but there is still a lack of surety as to whether she will get out of the loop of doing drugs, of not feeling okay. Through the story of the teens, it feels like the film writes itself. It is not completely Catherine’s story alone, it is the story of freedom that all teens seek.

Goddess of the Fireflies [2020] Review – A story of freedom