Better Call Saul Season 6, Episode 5: Recap & Ending Explained: This season of ‘Better Call Saul’ is turning out to be another slow burn. Despite being it’s last, Gilligan doesn’t seem to care. He has not abandoned his typical and honestly, genius, eye for detail. His meticulous opening shots are becoming a work of art. There are no unceremonious diversions in the story. The buildup is as sure and steady as it has always been. The fifth episode did not spring up too many surprises. It did see the much-awaited return of Lalo Salamanca. Come to think of it, probably the final sequence involving a new (and an old) character was the only one that we watched with bated breath. Some important developments must always be caught on by the viewers to enjoy the story progression. So here we are with a recap of yet another ‘Better Call Saul’ season six episode.

Before we discuss the Episode 5 of Better Call Saul (S06), you can read about Episode 4 here.

The process to make a beautiful sculpture is shown in the opening scene. Kim cannot sleep. She is still paranoid about Lalo making an unwelcomed and untimely entry into their house. Her fears are assuaged by Saul, who is still under the impression that Lalo is dead. Just as an extension of Kim’s sleepless nights, we see Gustavo Fring struggling with the same issues. Even at work, where he is the consummate professional and the “first man”, despite being the owner of Los Pollos, his attention wades away in the distance looking out for any possible signs of Lalo. Meanwhile, the Sandpiper case is finally going to arbitration. The clients in the class action suit demand the lawyers – Howard and Cliff – to settle but the former is able to persuade them to continue.

Cliff confronts Howard about the drugs. The chain of events has unsettled him and he speaks out, asking Howard to seek help. Saul’s name inadvertently comes into Howard’s head after Cliff mentions meeting with Kim. He cancels all his appointments in the week and rages on. Saul starts his first day in office. He has hired Francesca to help out with the paperwork in the office. Kim meets with Viola, a fellow worker from her previous firm, and is able to get the name of the arbitrator who will preside at the Sandpiper hearing. Saul and Kim seem to have another plan in the works, the outcome of which we will see later. 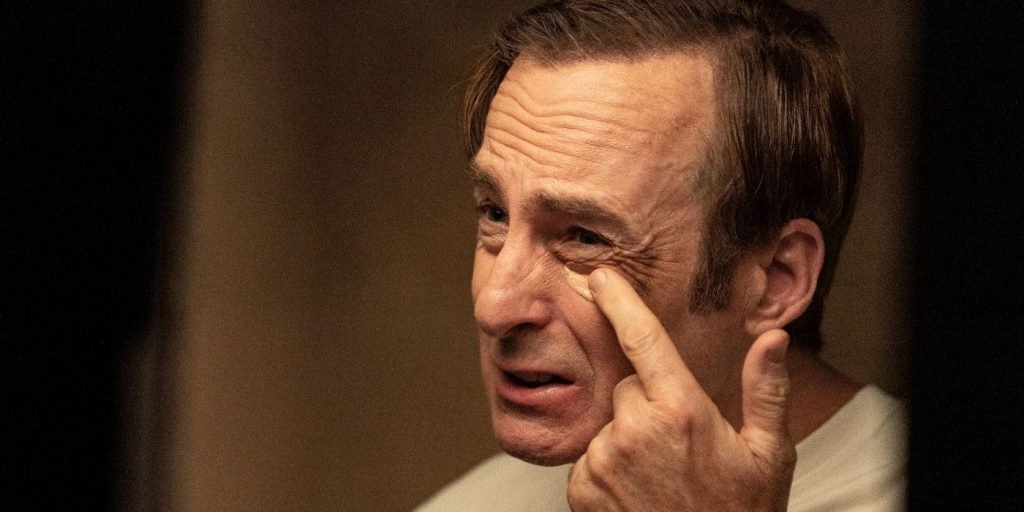 Saul is finishing up his day with one client left. He visits a certain Mr. Ward at a boxing ring. As it turns out, the client is actually Howard who called Saul to settle the score. He asks Saul to fight and demands that he leave Howard alone. Although initially, Saul is walking away, his ego persuades him to go the round with Howard. Saul is beaten “black and blue”, and Howard walks away saying that this is the end of their cat and mouse game. Unknown to Saul, Howard has no intentions to let it go. He hires a private investigator of sorts to tail Saul and make notes of the people he meets.

Mike and Gus are still looking out for any signs of Lalo. Gilligan goes to great lengths to show how paranoid Gus really is and the efforts he has made to cover all bases. It is also the first time we see the meth lab from ‘Breaking Bad’. It is still under construction and we can see Gus hiding a small gun underneath the excavator. The attention then shifts to an unknown place – a bar in some German-speaking population area. Margarethe, an old widow, sits alone at the bar. We then see Lalo, under the alias Ben, joining her and striking up a conversation. The two discuss their personal lives and it turns out that Margarethe is actually Werner’s widow.

Lalo drops her to her house, where Barchan, her dog, doesn’t stop barking. She says she has work in the morning and does not invite Lalo in. In the morning, after Margarethe has left for work, Lalo slips into the house. He quietens Barchan and then looks for the “evidence” that he talked about on the phone with Hector at the end of episode two. Margarethe unexpectedly walks back into the house. She had forgotten her phone. As she frees Barchan from the pet obstruction, he goes to the stairs and starts barking at something. Margarethe, in a hurry, goes upstairs to check out all the rooms. Lalo draws out his gun and puts on the silencer, ready to kill her. He notices a sculpture, the same one from the starting of the episode, checks the label, and smiles. Margathreteh makes her way into that room but finds nobody there, except an open window, which Lalo has used to escape with the sculpture. He finally has his evidence.

We’re almost halfway through and now it seems like the opportunity for a violent confrontation is ripe. An extremely important incident for fans of Breaking Bad, who’re looking forward to seeing Jesse and Walter again, was the unconstructed meth lab site. It is an indicator of us seeing them very soon. This episode lacked the panache and polish of the last two episodes, but the standard itself was so high that of itself, another solid episode in the final saga. The Howard timeline now has a new twist with a private investigator after Saul. Things are bound to get messy going ahead when he notices Saul interacting with you know who. The Sandpiper arbitration can prove to be a turning point in this two-sided war between Saul & Kim and Howard. It will be interesting to see how it pans out. Until then, see you next time.