Aaron Schimberg’s Chained For Life derives its title from the 1952 exploitation film by the same name. While the later was a true B-movie with real-life siamese-twins in the lead (a cute little reference that Schimberg puts up in his film too), the prior is a meta-melodrama that uses expositions and instant cuts to skillfully divulge us into the life in a film and the film in a life. Referencing numerous movies and the entire subculture, Schimberg pays a peculiarly satisfying homage to the everyday people and the little stories inside their heads.


Foreboding a film inside a film that is funnily set in a b-movie premise of a hospital for the disfigured, Chained For Life is about Mabel (played by Jess Weixler), a young actress playing a blind girl in need for an eyesight fix (a pun-really-intended). She is fascinated and intrigued by the part she is playing – partly because it’s challenging, and partly because it’s the first American film made by a philosophically overcooked European director (maybe an indirect critic on the challenging task to transform from being ‘foreign-language director to someone who can be nominated for a Best Picture’, I suppose?) However, the thick-german-accented director is debuting with what looks like an expressionist-horror about a mad doctor and his patients. Most of whom would define the other spectrum of beauty, deemed to be abnormal for how they look rather than how they act or perceive life. 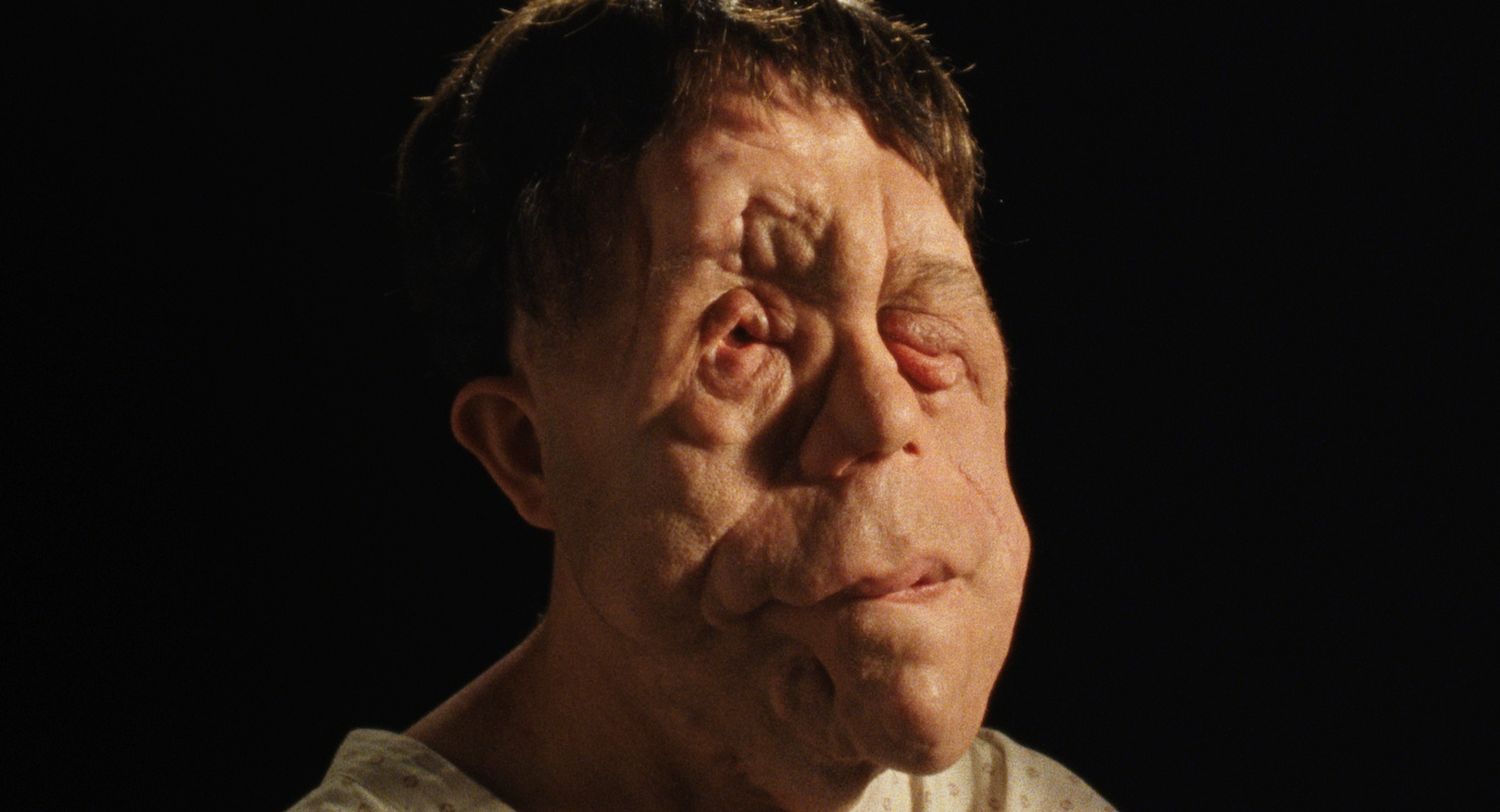 Le-director peppers his entire screenplay (the film inside the film) with moments of shock and awe. For instance, there’s an elaborate scene where he is trying to introduce his disfigured main character Rosenthal (played by Adam Pearson in his second outing at Fantasia after last year’s DRIB) and asks him to suddenly ‘walk-into-the-light-from-the-darkness’ so that the audience would a have an Orsen Welles-esque from The Muppets kinda shock to see him. The said scene take up longer than it’s supposed to in the actual film that keeps having re-takes. This is Schimberg’s little idea of critiquing the very quote that opens his film. This lengthy quote by Pauline Kael talks about beautiful actors and why we would like to see them instead of someone with a disfigurement.


However, Aaron Schimberg treats his disfigured leading man in this surreal, meet-cute fantasy as an equal to his leading lady. In a certain odd way, they could be a couple of worthy people who like each other for just being themselves. In a way, we see Schimberg proceeding to show how everyone has a different story and how each story is just dying to come out to the screen. Who doesn’t want to be in a film? But, “Chained For Life” is not just that, it’s also an incredibly challenging and experimental approach to a narrative that can start to seem a bit too wobbly to for its nature of referencing films and to carve a niche for its own. Also, the meta nature of the film takes a mysterious little turn halfway through the film and it occasionally becomes hard to keep up. However, the distorted nature of the film only gives extra beauty to a narrative that manages to carve a niche on its own. I’ll say job well done, Mr. Aaron Schimberg!


“CHAINED FOR LIFE” WAS SCREENED AT THE 2018 FANTASIA INTERNATIONAL FILM FESTIVAL.
CLICK HERE FOR OUR COMPLETE FANTASIA COVERAGE.

James Gunn and the cancel-culture