Home»Reviews»Cinemawala [2016] : A heartbreaking ode to the single screen theaters!
Reviews 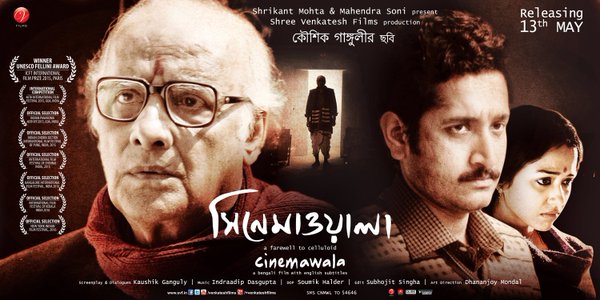 I often walk past these single-screen theaters in my city. Not because I loved the movie experience I had back when they were in the prime but because I love to reminiscent over my memories. How, as a child, I would get my bicycle into the cycle stand and be fascinated by the large hand-painted posters with my favorite stars on them. There was a certain aura that the films carried when you had to drench yourself in sweat in the queues that didn’t seem to end. While Kaushik Ganguly’s Cinemawala fails to deliver as a prompt cinematic achievement, it does manage to replicate those memories. The memories of the bygone era of projected films. The era where films were life, not only for the ones who made and saw them, but for the ones who projected them over heavy machinery, where every flick and change in the reels would ensure a change in the narrative.

Cinemawala is a tribute to the bygone era of celluloid films. The era when projecting movies was a task. An effort that not only gave visual pleasure to the popcorn audience but was a piece of work for people who took on the mammoth task of getting films from the distributors and finally getting them seen. Cinemawala is about a retired film exhibitor Pranabendu Das.  His single screen theater ‘Kamalini’ (named after his separated wife) has not seen the light of the day ever since digital projection has taken over. But the overly stubborn Pranabendu is not ready to let it go. He goes to the theater every day after his daily routine of selling fish. Followed by his loyal servant, the two sit inside the theater thinking over old actors and talking about their love for the projectors they poses. Over alcohol, Pranabendu also talks about his hate for his son Prakash, an opportunist who sells pirated DVDs for a living. 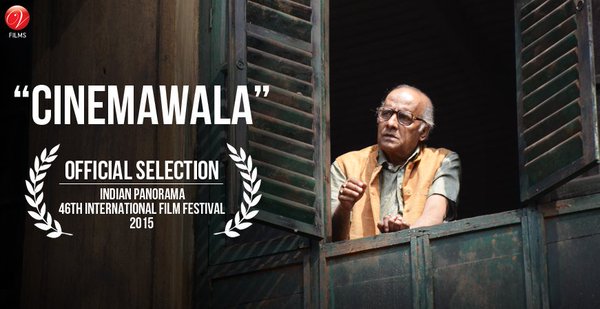 Cinemawala deals with the dynamic between a father & son, and the wife who gets mixed in their dislodged mired of hate and disagreement. Prakash’s wife is pregnant and he wishes to expand his wealth by organizing an open cheap movie show using the new projection technology at the local fare. His father as always is unhappy with his decision. In a very sad scene, you see him talking a stroll through his son’s new venture at the local fare. He then goes ahead and says that his son is off course a part of him, as he also is a Cinemawala in the true sense. Another heart-breaking scene involves Pranbendu’s servant cleaning the projection machines of the theater as he is not ready to let them go. He has attuned half of his life into that projection room, and nothing, absolutely nothing had brought him more joy that making films available for the niche audience. What follows that scene even breaks you more.

Cinemawala is not a happy film. It goes down a narrative that shows the struggle between a father and a son, failing to understand and allow each other’s work to flourish. This is also where Ganguly’s film lags into some flawed territory. His film fails to present any of the sides as the actually right or even the wrong. While he hangs the audience in a dilemma, his narrative motions to a rather discolored path that eventually disrupts the initial proceedings he wishes to go to. The narrative jumps across the screen giving no valid explanation for the suddenness. And hence, the impact doesn’t stay with you as much as it should have. 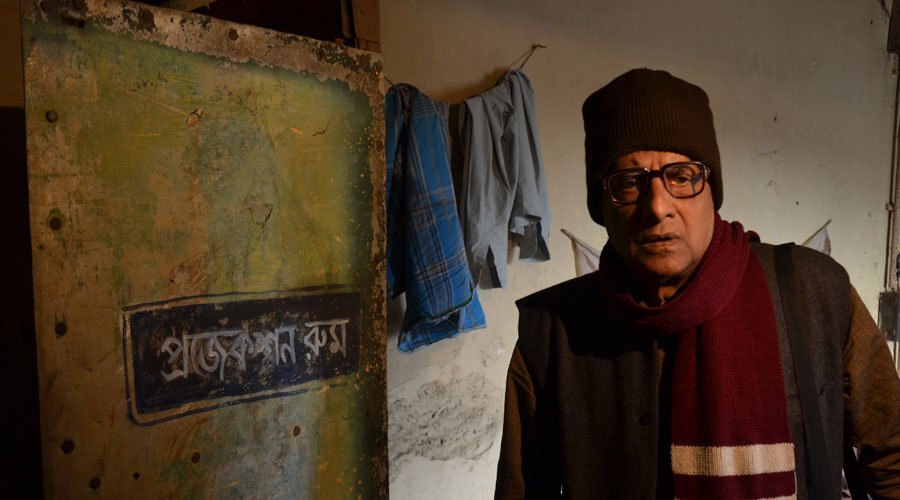 Having said that, Cinemawala is a well intentioned film that works on multiple grounds. The performances are all great. The relationship between the master and the servant, that doesn’t necessarily prove to the most important aspect of the film is in fact, the strongest. The film could have worked greatly if Ganguly envisioned it a little better. What we are left with is a family drama that wishes to make a bold statement over the condition of the long lost corridors of cinema-halls and the flickering light of the chandeliers which are their only shining armor.