Alexander Nanau’s riveting documentary Collective (Colectiv, 2019) is a fly-on-the-wall documentation of the deep-rooted corruption in Romanian health care system. What’s intriguing about Collective is the way Nanau eschews interviews and simply keeps his camera focused – in the tradition of cinema verité – on the individuals fighting against the negligent system. Investigative journalism docs nowadays increasingly become a visual recollection of long newspaper article. Instead, Nanau chooses the right people to follow, and learn the crisis as it unfolds through their eyes.  This not only brings a sense of urgency to the proceedings, but also gradually pushes us into the mindboggling abyss of government corruption. Though the overwhelming information presented here pertains to Romanian healthcare system, the worst behaviors of humanity exposed here is universally relevant.

The cascading effect that brought down the Romanian government in 2015 originated with Bucharest’s Colective nightclub disaster.  On October 30th, 2015, the fire that broke out in an overcrowded nightclub claimed the lives of 27 and injured 180. A little pyrotechnic display during the performance of the metal band caused the incident. The inadequate fire safety measures allowed the fire to engulf the space in a matter of few minutes. This sparked wide-spread demonstrations demanding the resignation of Prime Minister which ultimately happened. Right from 2012, corruption scandals has provoked social unrest in Romania, and the 2015 protests were one among the many. 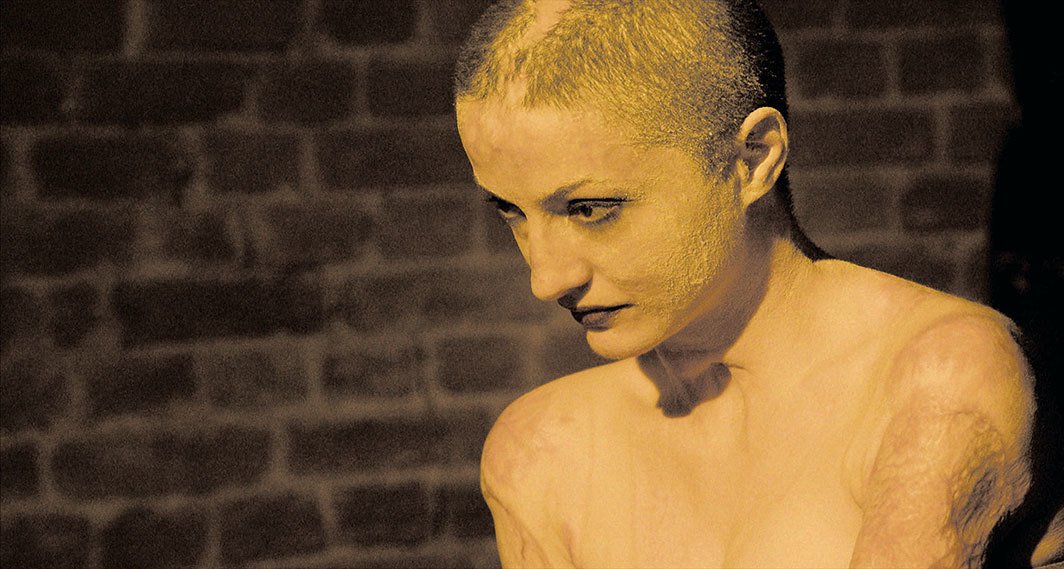 Collective isn’t particularly about this terrible tragedy and the protests that ousted the government. It is the aftermath that sent more shockwaves across the country. In the subsequent months of Collective tragedy, a further 37 people died in the hospitals. The injured young concert-goers didn’t succumb to the burns, but rather died due to bacterial infections. Moreover, the hospital management refused to sign off the transfer of patients to hospitals in Austria or Germany. As one grieving parent addressing the media says, “A communication error killed my son”. Allowing a nightclub to operate without a proper fire department license discloses corruption at a relatively simpler level. But the death of 37 revealed something far more sinister: corruption and complacency at all the tiers of the political system.

Related to Collective: Welcome to Chechnya [2020] Review – Shines a Light on One of the Most Appalling Humanitarian Crises of Present Times

Catalin Tolontan, the investigative journalist of Sports Gazette (Gazeta Sporturilor) was first approached by a doctor with an explosive truth. The country’s major disinfectant supplier Hexi Pharma is providing diluted disinfectants, i.e., it has only 1.17% of active ingredient when they should have the recommended 12%. With the medics further diluting the products before using them on patients, the disinfectants are too weak to be of any use against complicated bacterial infections. In fact, the burn unit didn’t have a sterile environment in the first place to prevent the strong bacterial infections. Long after the death of the 37, the brave doctor Camelia Roiu, who first came out with the truth, also offers video footage of a patient lying in the bed with his flesh covered by maggots.

Tolontan first starts with the Hexi Pharma lead and uncover cronyism that is widespread from pharmaceutical supplier, hospital care providers to hospital managers and the government. The mainstream media maintains a silence at the initial phase, but gradually awakens to the undeniable truth. What Tolontan says at one point would have universal resonance: “When the press bows down to the authorities, the authorities will mistreat the citizens.” The interim government which has promised reforms appoints a young health minister named Vlad Voiculescu, a former patient advocate. Vlad genuinely looks for solutions to the mess. He gives access to Nanau’s film-making crew, signaling his intention for a greater level of transparency.

The public and the media weren’t very optimistic about Vlad’s promises. But the minister is honest unlike his predecessor. He constantly converses with journalists and acknowledges how under-equipped their local hospitals are. Vlad takes quite a few unpopular decisions, including the attempt to reform the politicized appointments of hospital managers. Tolontan, on his end, with the help of whistleblowers exposes the corruption network of an influential and filthy-rich hospital manager. Nevertheless, minister Vlad faces greater resistance from the political powers and a populist news channel targets him. As the general election looms, and one party is all set to sweep the elections, it feels that a determined politician and a journalist can’t really take down a rigged system.

Needless to say, there were no real health reforms when the Social Democrats took office in 2016. The horrors of negligence and bribery continue as it is; so does the massive protests across Romania over various issues. The intricate web of greed and mismanagement as shown in Collective doesn’t tell anything new about the governments or bureaucracy. There will be an equivalent of Colective fire tragedy (and its aftermath) in all the countries. We live at a time where apathy doesn’t simply exist within governmental and institutional levels, but in the name of partisanship it has permeated across the society.  National defense, military toys, and invisible (or non-existent) enemies are at the forefront of general elections, not healthcare or education.

Therefore, Nanau’s Collective is a documentation of our times. It’s a cautionary tale which reports the painful human costs of corrupted political practices. We are so much desensitized by the plethora of corruption scandals that something like Collective – embedded with facts and human suffering – has become very essential. Though the documentary moves like a newsroom thriller, assisted by absolutely objective reportage of Tolontan and his crew, it does put a human face to document a survivor’s tenacity. Tedy Ursuleanu, a Colectiv survivor (some of her fingers were removed as a result of the burn injuries), was also one of the whistleblowers to reveal the disturbing truths about Colectiv fire patients.

During the course of the documentary, we see how she doesn’t allow her injuries to strictly define her. Nanau simply observes her as she goes tries to recover. There are no interviews that attempts to learn her ‘feelings’. In fact, this is one of the defining aspects of Nanau’s spare aesthetics – somber yet quiet discussions and distant yet humane observations. It’s great that no effort has gone into interspersing the documentary with sloganeering, call for action, and pundits providing facts in an exaggerated tone.

Overall, Collective (109 minutes) provides a lucid and concise account of an incendiary corruption scandal. It’s a tale of ingrained institutional malfeasance which sadly is part of the global political landscape.

Netflix in March 2021: Here's Everything Coming To Netflix This Month