Investigative reporter, author, and documentarian David France is best known for his eye-opening 2012 documentary How to Survive a Plague. It chronicled the early years of the AIDS epidemic and the subsequent queer activism that stirred up to face the crisis. In Welcome to Chechnya (2020), France follows a Russian LGBTQ Network as they work in the frontlines to save the victims of Chechnya’s horrific anti-gay purge. Interspersed with intercepted footage of homosexual men and women being harassed, beaten, and raped, the documentary provides a first-hand account of the underground LGBT organizations at work. By employing Deepfakes and hidden cameras, France captures the sense of urgency and desperation – likening it to espionage thrillers – while the hounded Chechens flee from the ruthless regime.

The 44-year old Chechen strongman Ramzan Kadyrov, Putin’s key ally in the Russian Federation, has been increasingly acting with impunity, ‘cleansing’ the republic of perceived enemies. There are reports of his security forces and assassins hunting down those seeking political asylum in Europe. Zelimkhan Khangoshvili, a former Chechen rebel commander, was gunned down in Berlin in August 2019. Apart from executing and silencing government critics, rebels, and suspected activist groups, there are widespread testimonies about Kadyrov’s detention centers. From March 2017, there have been concrete reports about mass torture centers for gay people. Kremlin-backed Kadyrov and the Russian officials have outright dismissed the allegations of persecution of homosexuals in Chechnya. Welcome to Chechnya gathers grim yet undeniable proof of the state-sponsored pogrom against the LGBTQ+ community.

Journalist and Crisis Response Coordinator of the Russian LGBT Network, David Isteev and Olga Baranova, the director of the Moscow Community Center for LGBT Initiatives work inside Russia, utilizing the resources of their organizations to smuggle out the endangered Chechens. The organization first relocate them to safe houses. The next vital step is to prepare for emigration outside the Russian republic. Early in the documentary, David receives a call from a young woman, who is blackmailed by her uncle to have sex with him in exchange for silence regarding her sexual orientation. David states that apart from the systematic tortures and beatings, in many occasions the family is encouraged to kill their gay, lesbian, and bisexual family members. 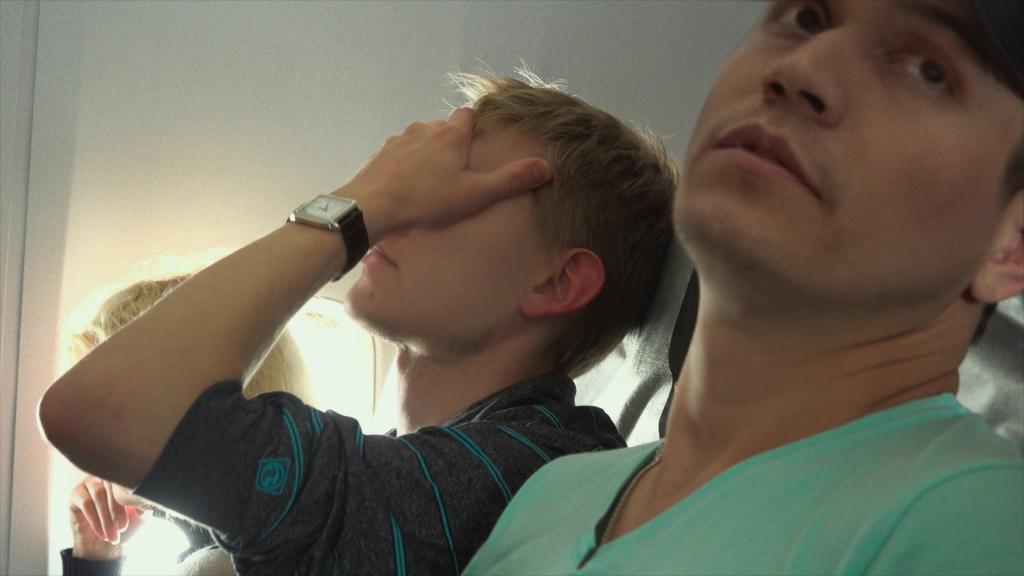 France’s intention with Welcome to Chechnya is to broadcast a call to action. There are not many details about how Chechnya became one of the world’s human rights black spots. The little we learn about Kadyrov is through newsreels, and even that seems a lot to digest for a sane mind. Halfway into the documentary, in an interview Kadyrov gave to a TV show, he coolly declares, “We don’t have such people here. We don’t have any gays……”, and proceeds to say, “They are for sale. They are subhuman.” Hence much of what happens in Welcome to Chechnya tensely unfolds as the at-risk individuals jump through a lot of hurdles to liberate themselves.

One of the chief subjects of the documentary is ‘Grisha’, a survivor of torture center. Eventually, he takes the bold step to hold a press conference and reveal to the world about Chechnya’s anti-gay crimes. Grisha’s digital face melts away when he comes out to the world with his real identity, i.e., Maxim Lapunov. David Isteev and the members of this Underground Railroad network of sorts want someone to go public in order to put pressure on the Russian government to open an investigation. Although their great efforts are casually dismissed by the Russian officials, Lapunov has firmly stood against the ongoing campaign to silence the Chechen LGBT victims.

David France, however, doesn’t blankly establish Lapunov as the heroic figure or a symbol. The documentary rather offers deeper insight into his emotional anguish since Lapunov is forced to flee the country with his partner and family. The mother has accepted her son’s sexual orientation, the sister who has left her husband taking her children, and the partner who can’t return back to his life. You could feel the weight of all this when Lapunov contemplates each of his choices. Despite fleeing the Russian republic for peace and safety, he might have to face difficulties and fears on a daily basis. The inherent thrill replete in the clandestine efforts of Russian LGBT activists is balanced by exploring the existential quandaries of Maxim Lapunov. Both would have a profound impact on the viewers. 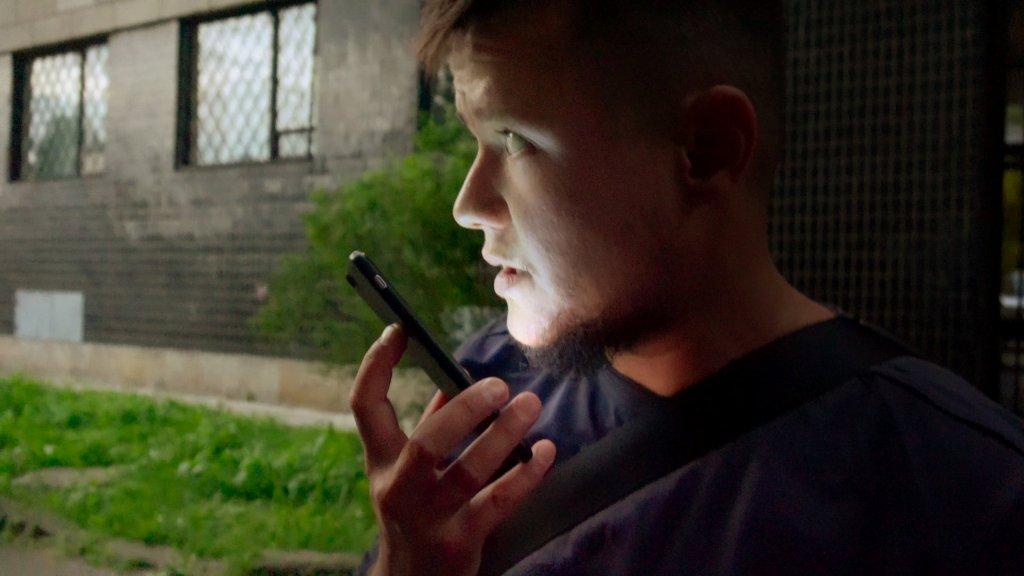 The most suspenseful part of Welcome to Chechnya is the border crossings, captured with hidden cameras. The aforementioned young woman’s – identified under her pseudonym ‘Anya’ – escape plan presents David and Baranova with the greatest challenge because she is the daughter of a Chechen government official. France also travels alongside Anya and records those tense moments as she goes through border checkpoints and airport security. But again France doesn’t portray this extraction as a triumph. It’s rather presented as one successful step among the many. A lot of times the terror on display is so far-reaching that the eventual success is undone before passing through the next hurdle.

Welcome to Chechnya’s use of deep fake technology is receiving a lot of attention. Hailed as a rare positive use of deep fakes, the activists believe that this will help anonymize people, facing state-sponsored human rights abuses. The debate over deepfakes – the question of regulation and ethical motives – has gotten complicated now. Bt surprisingly, the documentary’s adept use of the technology has allowed it to make it to the Oscar shortlist for Visual Effects.

Overall, Welcome to Chechnya (107 minutes) is an important piece of investigative journalism that demands global attention on the frightful human rights violations against the homosexuals in the Russian Republic. Though it’s sad, and at times very hard to watch, the documentary also offers an incredible account of love, courage, and perseverance.