Malcolm & Marie (2021) Netflix Review: The Bittersweet Realism of Love: Sam Levinson’s new feature deconstructs traditional romance stereotypes in favor of a modern love story filled with resentment, disorientation, and unresolved issues. Set in one night, the story follows the dynamics of a couple formed by a rising filmmaker and his actress girlfriend.

After the Premiere of his first film, Malcolm falls out with Marie when she vents about an incident during the event. From then on, the growing tension marks heated discussions, which occasionally also give way to moments of silence and attraction. These aspects are captured by a sometimes intrusive, sometimes sensitive direction that questions the artificiality of cinema itself in a dramatic, voyeuristic, and stylish production.

In the opening sequence, the static camera shows the entrance to a house. For a minute, the scrub sways around the door while the opening credits appear in two columns, just as it used to happen with large American productions between the 1920s and 1960s.

The similarity to this period is understood through the jazzy soundtrack, the black and white photography, and the 35mm film format in which the feature was shot. Despite this, the narrative is far from being a romantic comedy about the American Way of Life represented in Billy Wilder’s works. Rather than reinforcing an idealism based on appearances, the script chooses to focus on realistic divergences that always unfold when the lights go out and there is no one left to impress. 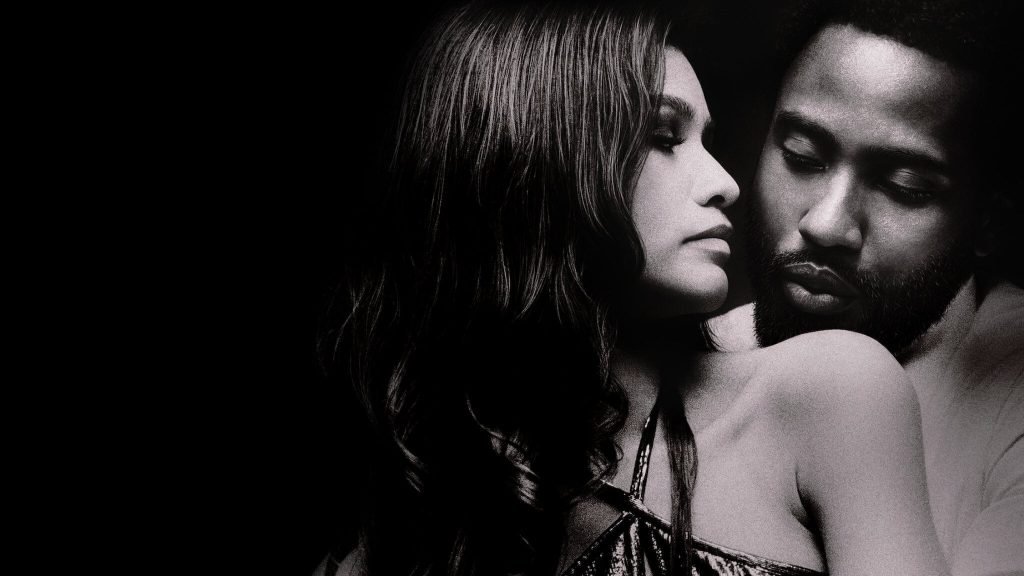 As the protagonist, Zendaya brings back her experience in the Euphoria series, another Levinson’s project. Although she played two young women involved in drugs, her performance is versatile and never repeats itself, since the actress discerns the traumas of both characters. Marie’s hurt towards Malcolm, portrayed by John David Washington, supports her arguments over time as she strips, literally and metaphorically, from the superficiality enacted in everyday life.

In this way, the woman feels more confident to confront her partner, who abandons the suit and tie just to expose his pretentious and opportunistic ego. Such characteristics are emphasized not only by the expositive script but also by Washington’s organic performance, which is responsible for highlighting ambiguous and vacillating aspects.

In this film, the distancing from clichés is not only realized through outbursts, but also by how the director rejects the formalism of fiction to illustrate the conflicts through documentary language. In the beginning, the camera takes an impartial look at the events, but then, it starts to move around in the environment, immersing the audience in a broken fairy tale.

At this point, the approach becomes as intrusive as a morbid curiosity once the director abuses close-ups to reveal the sensitivity and latent passion that also constitute that mix of negative emotions. That’s why Malcolm & Marie’s conditions become accessible to any viewer. Although many real relationships also have more lows than highs, someone always gives in to the other and that is love.