We are all suckers for atmospheric survivor thrillers. The enthralling magic of seeing men come up against nature in its most brutal form is unmatched. A struggle for life sends man into strange directions looking for hope. The Arctic region has proven to be an ally to the genre. Many films have benefited from the region’s visual appeal and mystic charisma. ‘Against the Ice’, unfortunately, flounders the chance to do so.

With a heroic premise that in itself makes the experience one to look forward to, the film hardly justifies the hype. Nicolas Waldo stars as Captain Mikkelsen, who, along with Iver Iversen (Joe Cole), is stuck in the middle of nowhere in modern-day Greenland. Based on real events, the plot of the film is inspired by the historic Danish expedition that allowed the Danes to preserve Greenland as we know it today. The two characters take most of the screen time. Their journey back from the cairns where the last unsuccessful party was able to reach is beset with dangerous but expected turns. Given the elements, the storytelling is laggard.

With this much ammunition, any movie worth its salt is expected to create some semblance of tension. Familiar tools that mostly adorn such genre thrillers are present here as well. An aggressive polar bear that keeps tracking the humans; sacrifices of utilities to make the baggage lighter; and good-old-fashioned “I’m losing my mind” trope.  ‘Against the Ice’ is never quite sure of what it wants to be. It tries to discover its mojo along the way only to stumble upon a haphazard and toothless derivative commoditized work. For those of you who have seen Madds Mikkelsen starrer ‘Arctic’, ‘Against the Ice’ feels an extension without the depth, melancholy, and clarity of the former.

The film’s historical context is fascinating. In those times when the world was still finding boundaries and defining territories, saving what one already had was a challenge. The American zeal to sweep the uncharted areas put many countries on their toes. Without much technological development, it was spirited men who made the difference in the end. Waldo’s Mikkelsen comes across as one. One of the most prominent internal conceits Mikklesen struggles with is that of sacrificing a life of love and comfort for an unrelenting, unforgiving one. He muses somewhere in between, “No one else could have done it. It had to be me”. It is an effective reminder and instant homage to those brave hearts of yesteryear who never saw themself limited in any imaginable human way. 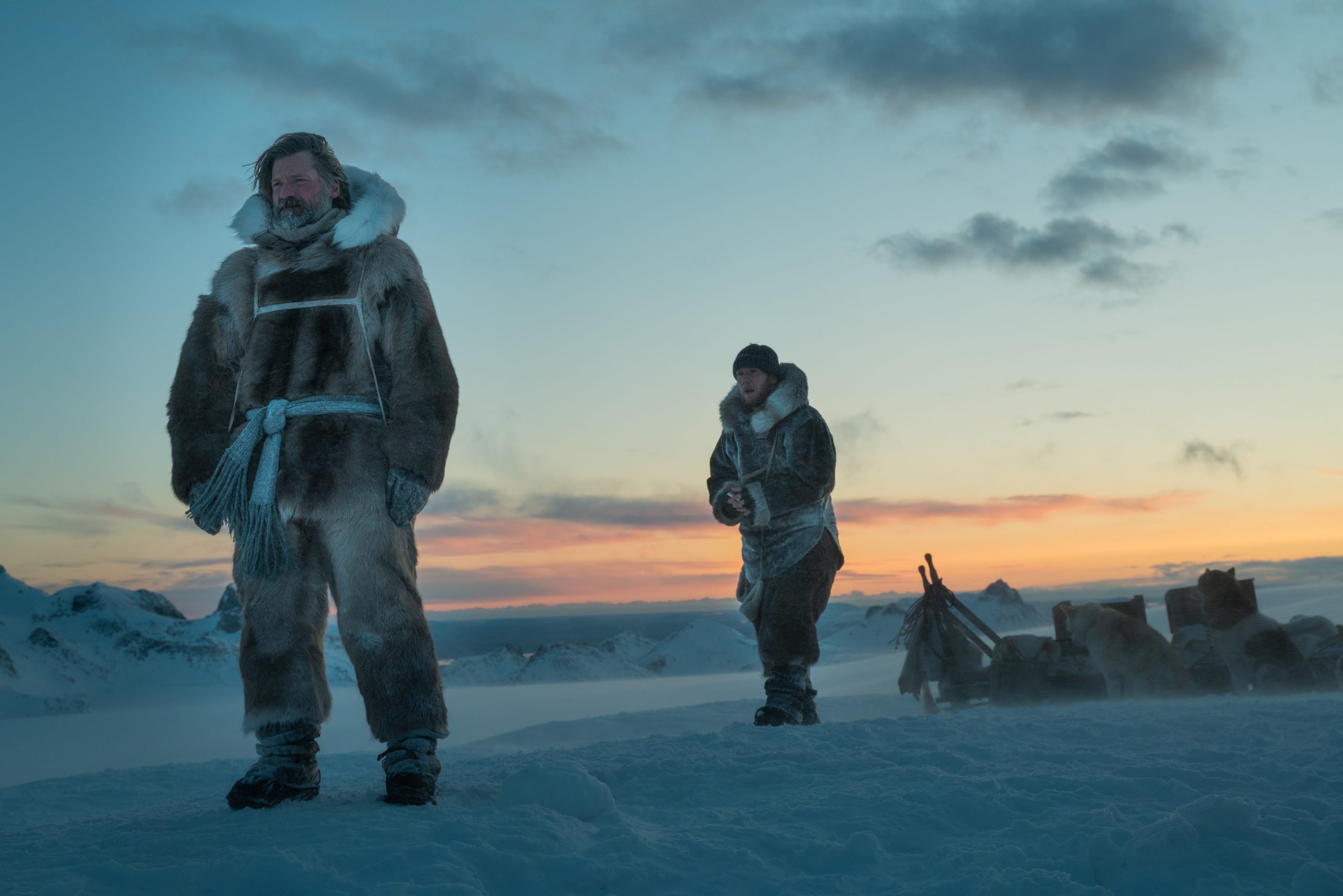 While ‘Against the Ice’ is a timely celebration of men like Mikkelsen who seldom make it out of history books’ side margins, it is never completely able to comprehend that into an engaging story. The weakness in its structure reflects in how unsatisfyingly many plot points are developed, and others concluded. This phenomenon leads to frustrations and never allows the film to get into any sort of rhythm.

A sum of the parts analysis actually leads one to see that there are fleeting moments of brilliance. The cinematography is top-notch. Without compromising the authenticity of the characters’ emotions and expressionism, Torben Forsberg captures the glacial barren at its most beautiful. The visual language of ‘Against the Ice’ is augmented by the expert camerawork we see on screen. Waldo and Cole put up a decent show. Their shortcomings stem from an uninspiring directorial effort from peter Flinth. He seemed torn having to choose between going with a character-driven drama at an individual level, or a story-driven narrative on a larger scale. In the end, he is led into doing both. Tragically, the half-baked job spoils the chances of either strand taking off.

Also, Read – The Pianist [2002] Review: A Poignant Commentary On the Horrors of the Holocaust

‘Against the Ice’ is a lazy behind-the-camera effort. What we see in front of it is fueled by individual creative talent that does not seem to be enough in this case. The promise of a taut and nervy survivor affair is gradually washed off as Flinth started sunning out of ideas. A copy-paste mission thus begins that leaves the movie stranded in no man’s land. Even as a one-time watch, ‘Against the Ice’ hardly seems the perfect candidate to give you time off from the real world.

Against the Ice is now streaming on Netflix