Leila Conners’ Ice on Fire (2019) is both a wake-up call and a call to action documentary that (once again) poses the pivotal question to those overlooking the threats of environmental catastrophe: “Can we reverse climate change, or is it too late?” Twelve years before, Leila Conners made the climate change documentary ‘The 11th Hour’, which was produced and narrated by Leonardo DiCaprio. With Ice on Fire, Conners has once again collaborated with the Hollywood star, utilizing his attachment to attract attention to the arduous work of a confident group of scientists. The documentary, similar to the long-line of didactic eco-docs, starts with a sobering message: climate change is escalating and we are close to reaching various tipping points from which recovery looks impossible.

As usual, this despair-filled message is visualized through devastating drone shots of melting polar ice caps, cross cut with talking-head interviews, and peppered with empirical data that in a sane world should actually drive our government policies. However, Ice on Fire goes beyond gloom-and-doom attitude and slick PowerPoint presentations to take a brief look at some of the powerful ideas that are already in progress to achieve the goal of reversing climate change. Director Conners sets the stage for scientists working for ‘the greater good’ to concisely explain their plans to combat the villains of this story: Greenhouse gasses, particularly carbon dioxide (CO2) and methane (CH4). Some of the solutions exhibited in Ice on Fire were all part of Project Drawdown (launched in 2014 by social entrepreneur & environmentalist Paul Hawken), an optimistic list of solutions to reverse and halt global warming. 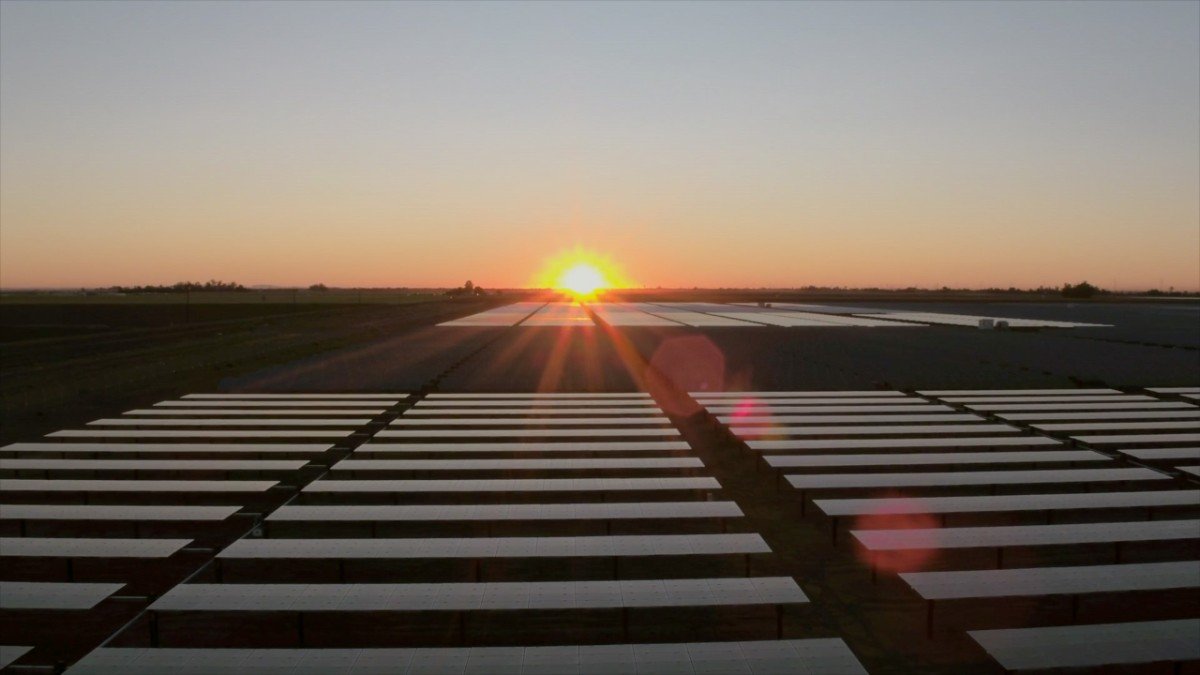 Conners and her team do a good job in balancing between the complex science at the core of each significant ‘drawdown’ solutions and the positive impact it’s gonna have in sequestering carbon from our atmosphere. We have heard of worldwide death of corals, but here we see an oyster farmer (Bren Smith) planting kelp, a fast-growing marine algae, which he explains would ‘absorb five times as much carbon as a terrestrial plant’ and also be used as fertilizer and animal feed (if the seaweed is fed to cattle, methane emissions reduce  by 90%). A company called Climeworks has opened a small commercial plant in Switzerland and Iceland for Direct Air Capture (DAC), a method of carbon capture and storage from the air. Although the project is in the early stages, it may have the perfect potential to curb the recklessness of the fossil fuel industry.

Other methods in development include Harvard’s artificial and bionic leaf (which supposedly converts solar energy into liquid fuel) and innovatively designed ocean turbines to generate renewable energy using tidal power and wave energy. The documentary also reminds us of the very familiar solutions, i.e., urban farms (a single urban farm can offset the carbon emissions of seven cars), and solar & wind energy, which thanks to evolving technologies is alleged to be more efficient and cheaper. Elsewhere, we get a glimpse at very interesting concepts that are very much in the theoretical stage, such as Marine Snow. Ice on Fire does acknowledge that these complex processes sequestration couldn’t be implemented broadly until we face up to the vested interests, whose powerful voices continue to muddy the debates on climate change.

A voice-clip of Donald Trump yelling about ‘bringing back clean coal’ reminds us of the blatant lack of common sense among those enjoying power (one researcher remarks that authorities and big business denying climate change should be tried in Hague for their ‘crimes against humanity’). One of the questions often posed by climate-change deniers is, “how do we know humans are causing climate change”. The answer is profoundly simple: by measuring the radioactive isotope Carbon 14. The documentary at times may sound overly optimistic, considering the uphill task of breaking through bureaucratic gridlocks and corporate interests to bring about green policy changes. Yet it would serve the function of inspiring minds, interested and already engaged in tackling these issues.  Overall, Ice on Fire (98 minutes) highlights the potentially apocalyptic consequences of our ignorance and mistakes, but also fascinatingly shits its focus on the endless possibilities that may halt our march towards a scarier reality.