You Disappear raises critical questions, ones whose answers would have only worked if hard earned rather than being shoved down your throat. Peter Fog's fleeting take upon the nature of our conscience and the control we possess over our will is surely a fascinating albeit an unfulfilled thriller.

It is often an uphill task to adapt best sellers. One has to stay true to the essence while also creating a separate shelf to rest their way of approaching such literary works. Considering the intricate waters it has its feet into, Peter Fog’s choice to adapt Christian Jugerson’s seemingly complex Danish bestseller ‘You Disappear’ is an interesting and one must say, a challenging selection.

Fredrick is a high school principal who is diagnosed with a brain tumor. Some years later, he is accused of financial misappropriation from the same school. Held on a trial, what follows are testimonial accounts of family, surgeons, and psychologists upon the mental illness commenting upon the extent to which such diseases can alter a person’s decision making abilities along with his core behavior.

The decision to run parallel story lines explaining the proceedings on screen that led to the event of embezzlement in the first half is unique. However, the execution of the concept becomes awkward as exposition heavy conversations last for the entire run-time. There is one thing to lead us into the narrative with certain voice overs and completely different thing to have a narrative that has voice overs explaining the context after every scene. 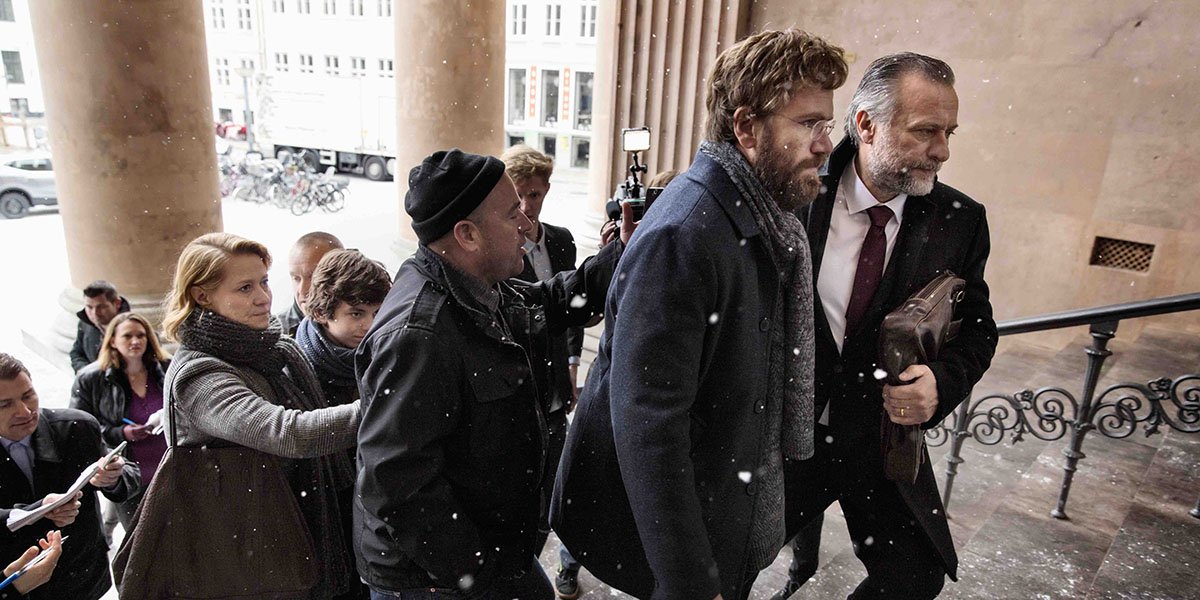 You Disappear raises critical questions, ones whose answers would have only worked if hard earned rather than being shoved down your throat. There are plentiful of interesting themes floating around but it is the weak screenplay that could not exploit the scope to its utmost potential. But, strong performances from Mia (Trine Dyrholm) as the grieving wife of the affected and on trial and Fredrick (Nikolaj Lie Kaas) anchors the vessel to the coast even when the proceedings get a little rough in the second half. The affair between Mia and the lawyer Bernard (a fabulous Nyqvist) is understandable and oddly fitting to the overall canvas of the movie.

Peter Fog’s fleeting take upon the nature of our conscience and the control we possess over our will is a fascinating albeit an unfulfilled thriller.

‘YOU DISAPPEAR’ PREMIERED AT THE 2017 TORONTO INTERNATIONAL FILM FESTIVAL.
CLICK HERE FOR OUR COMPLETE TIFF COVERAGE.