The film that admittedly has an interesting premise never manages to take it somewhere interesting. The characters are badly written and are not even despicable enough to give a fuck about. Which leaves us with no emotional contradictions when someone is killed. The only thing that surprises is the amount of gore this low-budget film can really bring to the screen. There's a lot of gore which might satisfy the midnight screening enthusiasts.

Thinly plotted and almost always too edgy to really feel significant, Sebastien Landry & Laurence Morais-Lagace’s “Game Of Death” works only if it’s played out loud in a dorm room full of drunk people. People who happily giggle at the genre gore-fest and body count, secretly wishing it’s the characters and not them whose lives are on the line.

Sold as a cross between “Jumanji” & “Natural Born Killers”, the film opens with a terrific and innovative 8-bit animation set. This slowly leads us into a vacation lake-house where 7 despicable teenagers are busy getting shit faced over drugs, booze, and insults. We see snippets of them being self-involved with their snap chat stories that slowly makes us understand both their fakeness and worth. In their disarranged partying and drug intake, one of them stumbles onto the titular game in a hidden corner of the house. Obviously intrigued by the name of the game, the curious teenagers decide to play it when they are super-high on the drugs brought down by their pizza guy-cum friend. 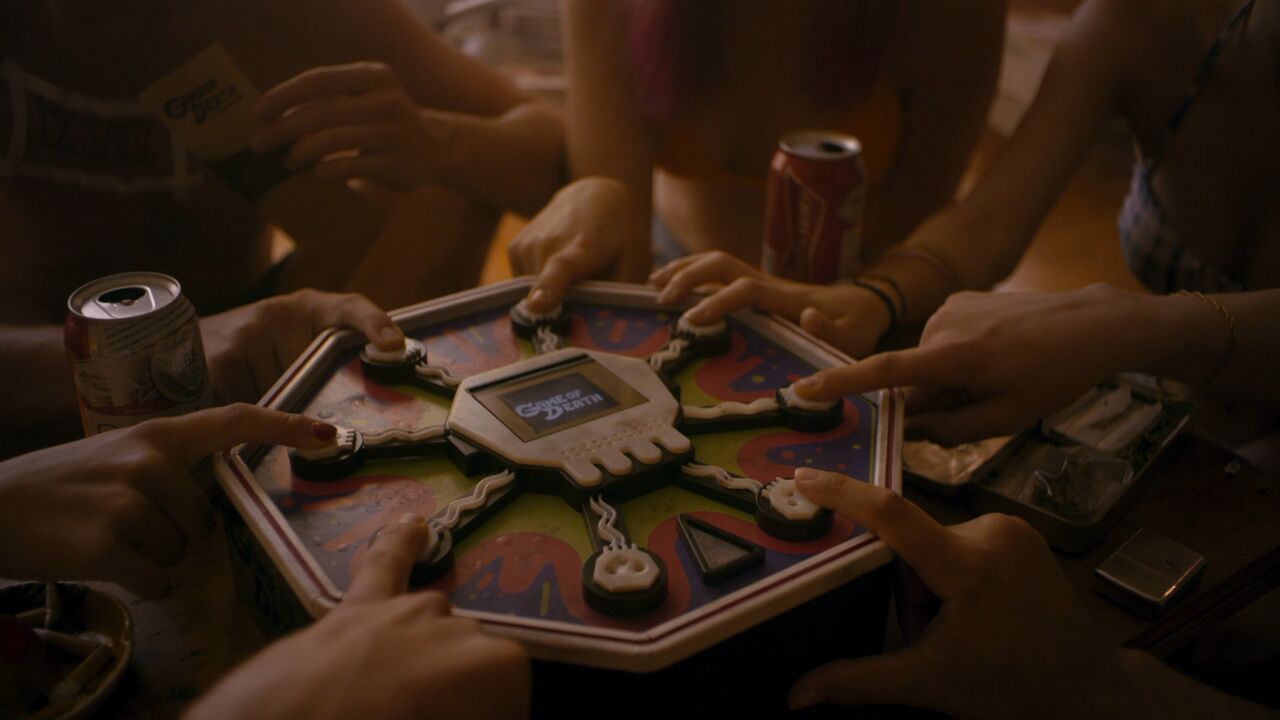 Based on the television web-series of the same name, “Game Of Death” indulges us head on into its clever premise as the game literally sucks out blood out of all the teenagers, giving them the warning to kill ’24’ people or die one after the other. The premise turns heads towards the Japanese cult-classic “Battle Royale” or its drained down Hollywood counterpart “The Hunger Games.” As expected, the teenagers go on with their drinking games until one of their heads blows up (a direct reference to David Cronenberg’s “Scanners”) soaking all the ones around with flesh and blood. As the body count reaches two, the teenagers slowly start understanding that the game is very real and they need to go out on a rampage kill in order to save their souls.

The film that admittedly has an interesting premise never manages to take it somewhere interesting. The characters are badly written and are not even despicable enough to give a fuck about. Which leaves us with no emotional contradictions when someone is killed. The only thing that surprises is the amount of gore this low-budget film can really bring to the screen. There’s a lot of gore that might satisfy the midnight screening enthusiasts. But even so, the film never manages to hold the characters in any kind of conflict. Which only leaves us wishing that there was more substance to this teenage party-gone-wrong scenario. 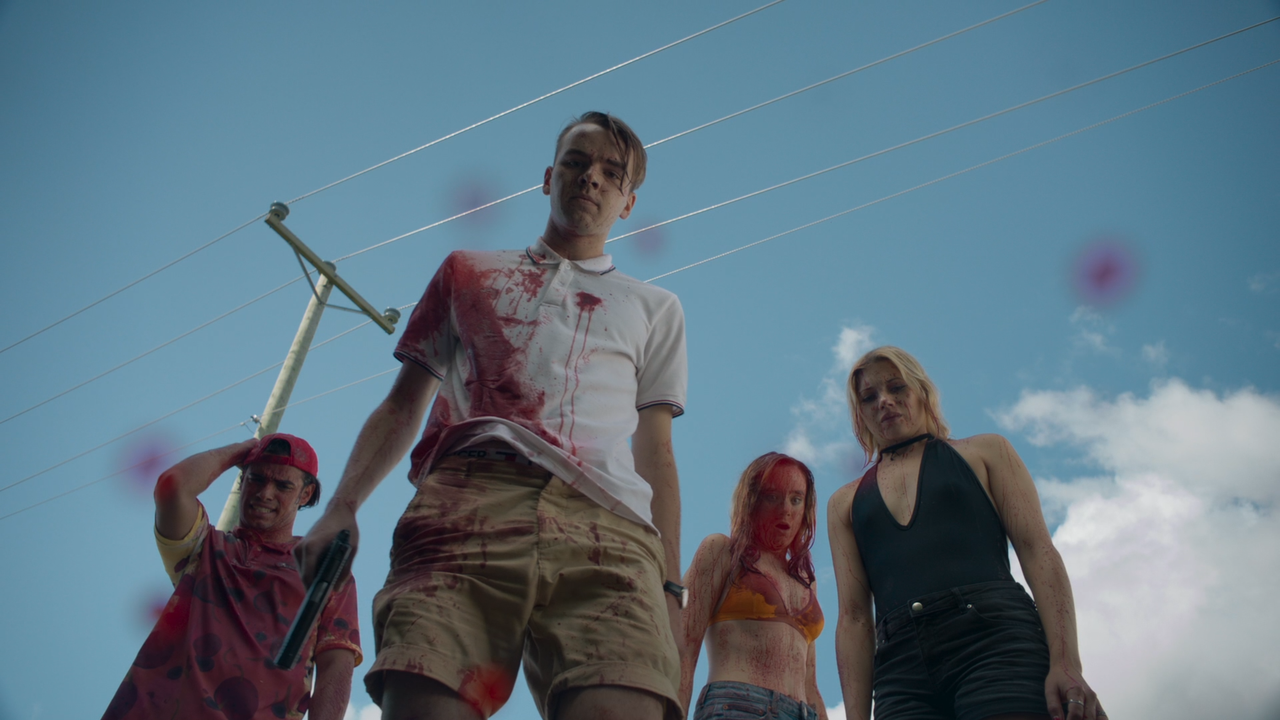 With dialogues that could have ended up into the film from random text messages or probable improvisations from a cast of numb performers, “Game Of Death” wastes its premise on a film that, in spite of its short runtime, never feels cohesive enough to be taken into consideration. Which brings us to the question – Is “Game Of Death” worth recommending? Not really. Not until you are 15 years old who has a fetish for irritating teenagers killing people for no reason whatsoever.

Watch the Game of Death Trailer

Watch The Trailer Of Suburbicon : The Coen Brothers Are Back With A Bang.