In one of the early scenes of Rajen Kothari and Dayal Nihalani’s Das Capital (2020) (Gulamon ki Rajdhani), Purushottam Ram (Yashpal Sharma) goes to ‘see’ a woman chosen to become his wife, played by Pratibha Sharma. Their meeting place is that of a ground where several women are exorcised. You might just get the reference here, if not so required to deduce. On top of that, comes the next dialogue that unsubtly equates the marriage with the exorcism. And there, the scene loses its direction.

Das Capital is embedded with such scenes, where either the overt references or the unnecessary cliches jeopardize the best of scenes that could have been if the director had exercised a tighter grip on the details that flow with a screenplay playing out in the 80s. It is the story of Purushottam Ram ( intended to be ironic, again) a treasury clerk who finds himself caught between the corruption in his workplace and the family which he has to tend to. It is the age-old tale of the individual pitted against the system driven by ruthless capitalistic ordeals.

For such a premise to work, a teeming sense of realism is what is most required. Das Capital seemingly ticks all the boxes- it is marvelously cast and thoughtfully designed, and yet there is a nagging sense of theatricality to the events. The symbolisms are never subtle, along with the stereotypical characterizations that do not blossom out of their one-note dialogues. A lot happens in the 120-minutes screen time but the scenes move rapidly from one to another, and little is felt. The second half moves on to a climax that is predictable from a mile. 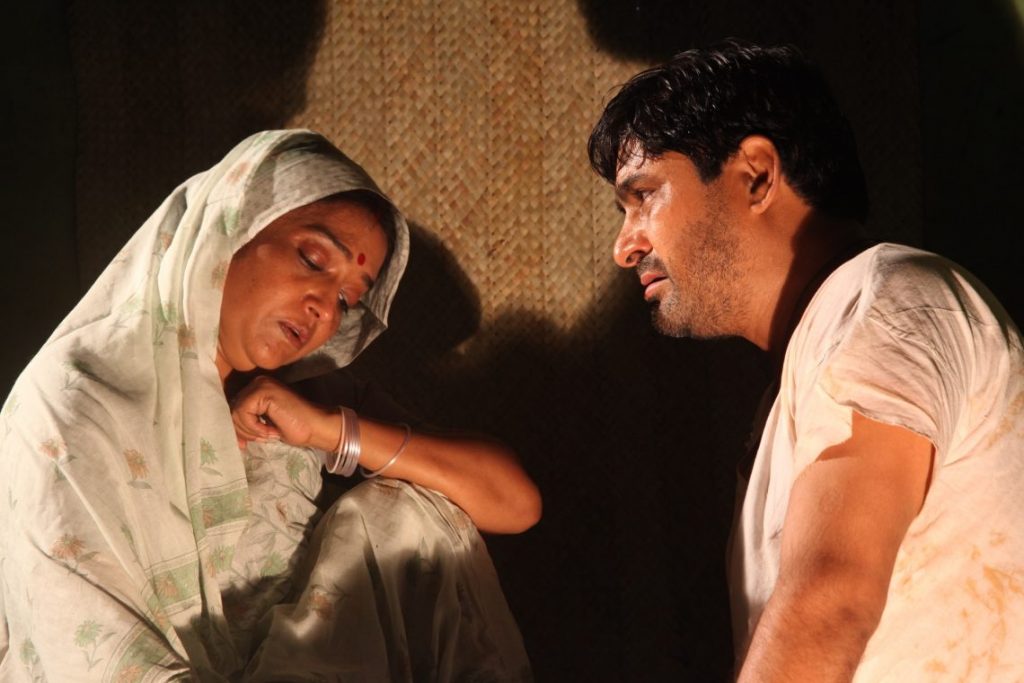 Directed by the late cinematographer Rajen Kothari who shot films like Ghayal, Zubeidaa, and Godmother; and Dayal Nihalani, Das Capital (2020) falls short of depth and ambition, where Chandan Goswami’s lens lack composition and effective blocking. Even the most hard-hitting scenes miss the mark because of the casual mode of cinematography and the abruptness in Prashant Naik’s editing. In key scenes, Amod Bhatt’s music doesn’t provide the poignancy, but in some of the other earlier scenes, the use of earthy, rural songs fit in beautifully.

As Purushottam Ram, Yashpal Sharma is believable and superb, and catches hold of the narrative whenever he is on screen. Even when the situations around him falter and lose weight, his mere presence grounds it with faithful recognition and response. Sharma is supported ably by Pratibha Sharma, who even with a limited screen time, creates the maximum impact. Among the huge list of supporting actors, Neeraj Sood demands special attention.

Das Capital (2020) is a fairly well-intentioned attempt, but so much is lost in the conviction to scrap the inherently corrupt system in order to present a story of a man lost in the maze. The ingredients are all there- ready and willing to work along; just that right pair of hands are amiss, that would have created a more tethering piece of work for the ages.

Mads Mikkelsen starrer ‘Another Round’ Sweeps the European Film Awards 2020