Deep End juggles a lot of intrinsic dynamics that constantly engages us with voyeurism, sexual awakenings and naive character moments. But overall, the film is singular in its vision and never falls into the formulaic coming-of-age film's shadow. Deep End is a devastating, almost nightmarish film about adolescence, obsession, sexuality, and vulnerability.

Deep End has to be one of the most destructive and electric telling about the life of a nervous teenager. The film, which must have influenced numerous other films that followed, takes an interesting dive into teenage hysteresis. Recounting the pheromones and hormones as they come into play when a boy wishes to become a man as soon as possible.

Deep End is about obsession and vulnerability. If you look back at your life (the very recent life), you can very easily see the times when you’ve been vulnerable. You can also nitpick the times when you have made other people vulnerable as a part of your own pride and probable vengeance for being made vulnerable in the first place. Jerzy Skolimowski’s aesthetically sound and visually enriching character study bathes itself in sexual obsession and the – often funny, idiotic and in some cases, downright devastating consequences of attraction. The film focuses all its nervous energy on a bike riding, 15 something, school dropout named Mike (John Moulder-Brown). The reason behind his dropping out is unclear. His bleeding hand and swift paddling of his racing bike might suggest an unfathomable strife with a fellow mate or an unsuccessful chance at love. However, the film blasts with guitar riffs and a Cat Stevens song as we see him joining the rundown swim club/bathhouse which just might be his own way of freeing himself from the shackles of the society that doesn’t understand. Soon enough we see his naive eyes and nervous adolescences fixating on the proactive and uber-sexy work colleague Susan (Jane Asher). While the flirtatious back and forth is often playful and actively nuanced, Jerzy Skolimowski’s striking use of color keeps reminding us of the consequences of young obsession that might see its unwanted fate after all.

Skolimowski’s film is full of color. The kind of colors that are both beautiful to look at and are also dangerous warning of what is yet to come. American film-maker David Lynch describes Deep End as a film with great art direction. He points out that colors are not his forte and he greatly loathes them, but Deep End uses colors to not cheapen the aesthetics but to use it as a freak-out point. Skolimowski uses his stupefying screenplay – fusing stalking, frustration, and wrong decisions to culminate the life of Mike as it runs down to one of the best climaxes in any coming of age film, ever. 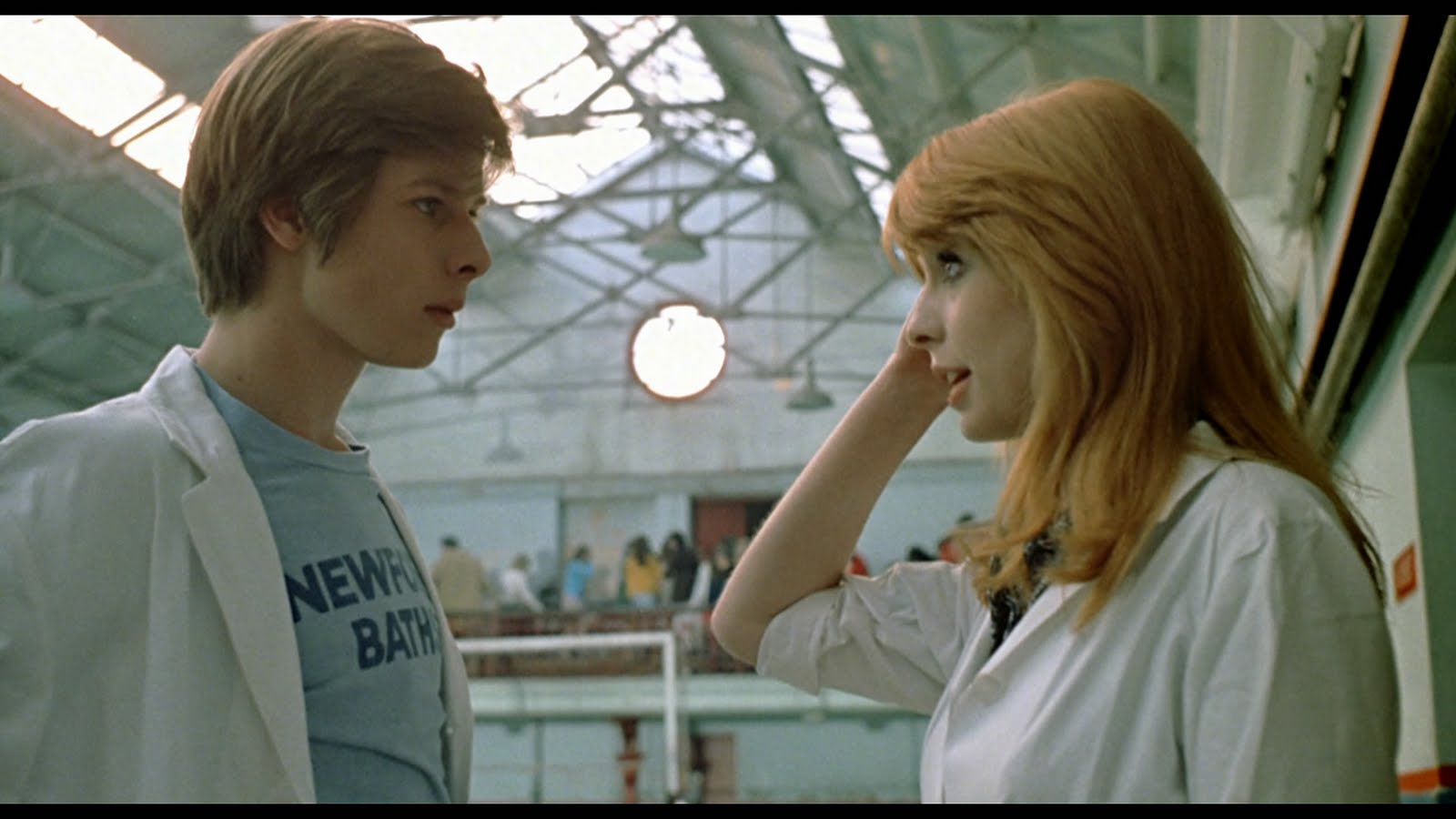 Deep End is different from the usual coming of age films because the psychosexual confusions of the protagonists are as ambiguous as his actions. In a darkly comical scene, we see Mike stalking Susan into a nightclub only to face his sexual frustration and nervous hunger as he motions between a strip club and a hot-dog vendor who eventually offers him a hot-dog for free. The more you dig into the film, the more you realize how tightly knit the whole thing is. Even Susan’s character (who is usually seen as a woman capable of manipulating men) is completely vulnerable to her own self-defence and outgoing nature. The harshness and loathsomeness of her character is given a sense of human touch with a simplistic rundown, pre-climax.

Deep End juggles a lot of intrinsic dynamics that constantly engages us with voyeurism, sexual awakenings and naive character moments. But overall, the film is singular in its vision and never falls into the formulaic coming-of-age film’s shadow. Deep End is a devastating, almost nightmarish film about adolescence, obsession, sexuality, and vulnerability.