In a very over the top, Buddy-Cop way, Dishoom succeeds to an extent. It does manage to constantly engage the audience in the back and forth between its two lead characters J (Varun Dhawan) and K (John Abhraham). It also has audience pleasing masala ingredients that includes the likes of Bikini clad models, a dance number, an item number, an array of celebrity cameos, a cricket backdrop and to top it all off, some good old deshbhakti. The sad thing is, Rohit Dhawan & his writer friend go astray in the second half. The gags don’t hit the sweet spot and the already convoluted plot just goes on descending into something that is entirely erasable from the memory in T-minus 2 minutes.

Lets get things into perspective first. Dishoom is not a film that you need to be answerable for. So, Rohit goes full retard from the word go. The greatest compliment I can give to this film is, its not boring. It has a screenplay that doesn’t lag onto characters for too long. In the typical Buddy-Cop-Action-Comedy way, the various elements that need to work, actually do! The chemistry between the lead actors, though lifted from films like Lethan Weapon to 21 Jump Street feels genuine and funny. 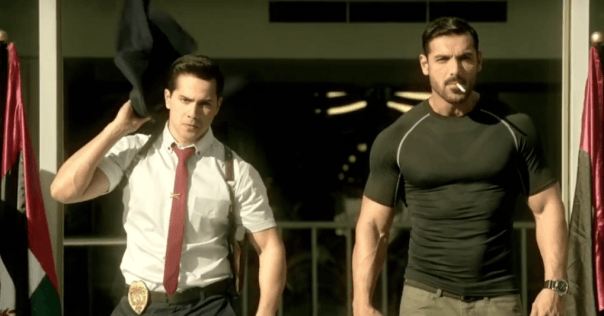 The plot revolves around two mismatch cops who team up when they need to locate the recently kidnapped Indian batsman before the next match against the leading rivals – Pakistan. There’s a tape on the loose, and all the clues that are scattered around them, lead to more clues & some more. Enters, Ishika (Jacqueline Fernandez) a petty thief who is also brought into custody relating to the case. In a very typical, Bollywood way, off-course the thief is the third wheel in an already child-like station wagon.

What follows is, a mixture of funny, unfunny & completely flat reels of gags & situations, which move from one good underappreciated actor to the other, performing characters which are half written & sometimes over-written.  What still stands, is the chemistry that powers the film. John & Varun are perfect match for each other. The wooden, brooding expressions of John work perfectly for Kabir, a perplexed cop with anger on the tip of his nose was paper made for him. Varun Dhawan on the other hand, overplays his child-like humor to his favor. His energy and expressions call for some of the really funny moments in the film. 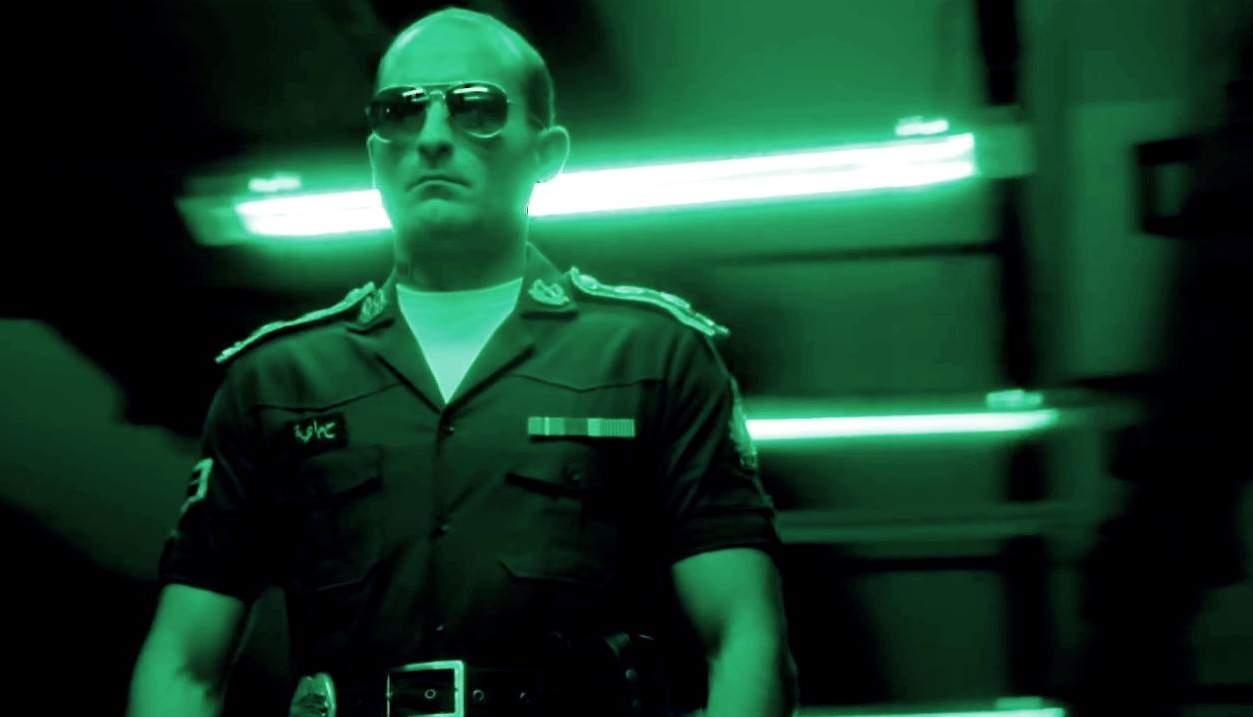 Akshay Khanna who has been away for far to long, plays the baddie – Waggah. While he does manage to make his presence felt, his character does not have enough meat for him to chew through. A series of convoluted plot devices make him sound even stupider than he is made to look and hence there is nothing much that you might remember about him. However, Akshay Kumar who shows up in a shed down of his macho avatar, playing a gay-party-boy-with-a-man-bun is an absolute cracker. There’s a point where he pouts for a selfie with the cricket star and its actually hilarious.

While Dishoom gets a lot of things right, the wrong over-powers it. The second half particularly is a huge let-down. The soul and energy of the first half soon vanishes when Miss. Fernandez is seen dancing in the middle of nowhere in front of goons in her skimpy dress. The whole third act, that includes the part where we are meant to feel patriotic feels so forced and numb that its almost off-putting. Even the closing dialogues including the totally unnecessary dance number is in a way a proxy for the lack of usable material in the script.

Dishoom is a mild entertainer. One that wouldn’t stay with your as soon as you leave the theater. But there is something that makes it better than the usual entertainers which are thrown our way. Just don’t expect a 21 Jump Street and you’ll be PUPPY & GAY!

The Wailing [2016]: Killing them diabolically