There has always been moments of insanity when men has ventured too close to the forests. The thick outgrow of wilderness where water and land diffuses and practically melts into each other’s arms, the silver lining of morning mist, haunting silences of the nature and breaking it sometimes, the surreal voices of the jungle. Embrace of the Serpent makes us feel like an intruder eavesdropping into the farthest corners of Earth. Such places, where our presence is uncalled for. It makes us feel like a lost stranger on these serpentine edges of long winding rivers of Amazon. Like a snake jumping upon its unprepared victim, through the eyes of white men, we vicariously experience the times of cultural and spiritual clashes in Latin America.

Based on travel accounts of two adventurist who set their feet on this alien land to search for a plant that can cure their mystical illness, Embrace of the Serpent introduces us to extreme beliefs and hidden wisdom of Colombian tribes. It makes us a mere spectator in its grand journey of enlightenment, which the tribal people understand so well, being in continuum with themselves. Far away from the civilization and touched by men only due to necessities of rubber which is found in abundance in their region, it focuses on internal struggles and socio-political issues which the Amazonian tribal community faced which made some orphans, some a soulless memory faded versions of selves and others, purely insane. 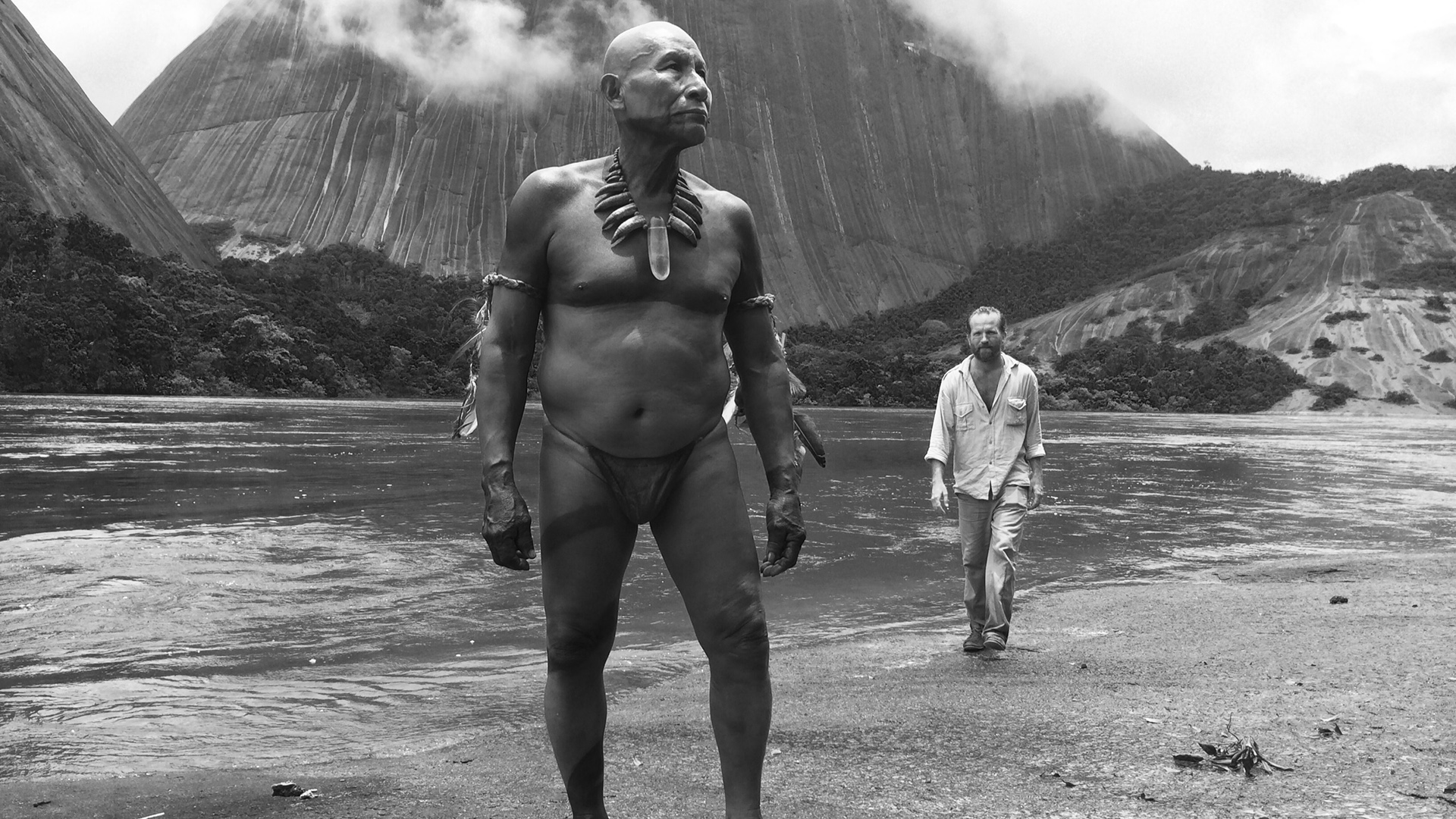 Ciro Guerra serves a platter of complex ideas and brings a confident touch of somebody, who knows the blood in the veins of his homeland. He draws brilliant comparisons of invasion of one race by another advanced one and the violent aftermaths which are caused by sheer misunderstanding of cultures. Like a watchful surgeon, he opens his protagonist’s heart and peeks in to understand why we desire to comprehend everything around us. He builds visual allegories and creates a close bond between the two foreigners and the hostile locals, often commenting upon the nature of infringement and the breach of civilization boundary, that modern world has so much to relate to.