Open-ended narratives can be understood only in relation to the close-ended ones. Classical cinema offers closure at four levels: plot, story, emotional state of the audience and ideological assumptions of the cinema. An open ending by contrast often leaves a viewer with an indeterminate or missing plot resolution. It resists the expectations of the audience as well as the cinema thereby challenging the normative idea of close endings in popular cinema. It fails to fulfill the audience’s emotional aspirations and also an open-ended cinema questions the existing ideology instead of feeding it. 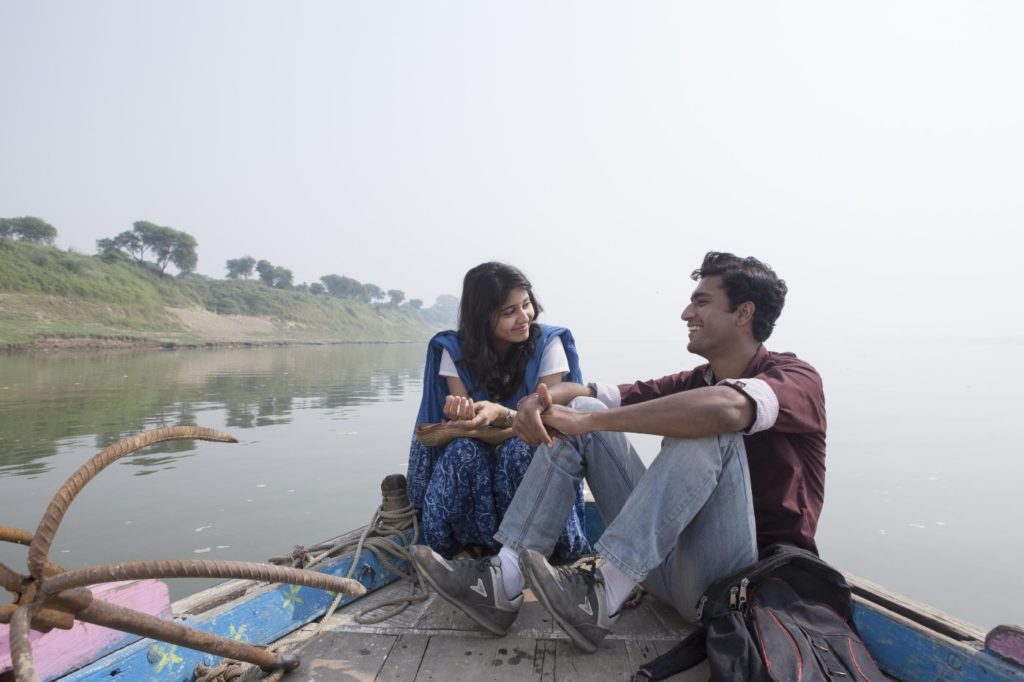 In this paper titled Ends: Subversive, Unconventional and Endless we are going to approach certain issues through the vantage point of Masaan (which in English translates to a Cremation Ground) a 2015 Hindi film directed by Neeraj Ghaywan. This movie comprises of two parallel stories: One of a young “untouchable” boy who tries to break free from the caste hierarchies and other of a girl who strives for her reputation and tries to redeem herself from a crime that is imposed upon her. Both become icons of two different marginalized sections of the society: untouchables and women; trying to free themselves from the shackles of despotism, one with the help of education and the other by practicing sexual autonomy. The movie terminates with the meeting of these two protagonists. First, I shall try and examine the notion of “end” in the movie, how this movie terminates at various points and provides a beginning at the very end, hence subverting the notion of a conventional end by disrupting the cinematographic trend. I also intend to provide possible narratives by re-reading and re-interpreting the cinema to deduce (a) closure(s) which would have emotionally satiated the viewers. I shall also show that the setting(s) chosen for the story are not innocuous and even the shift in location is deliberate and very central to the story. By the act of providing possible narratives to this ideological ending I myself stand as a proof of the fact that a sense of closure and ending to a narrative is important to humans, we are not comfortable with stories beginning mid-way, starting from the middle and not ending at all.

The purpose of open-ended narratives is to force the viewers to make up their own minds regarding the outcome of a story. Open ends permit an unlimited number of possible answers. To a closed-ended story, a viewer’s opinion does not matter, to an open-ended narrative audience’s opinion is central. The vague and unresolved plots leave the audience in a powerful as well as uncomfortable position. Because now they ‘can’ imagine a narrative for themselves and because they now ‘have to’ imagine a narrative for themselves.

Masaan (the spatial location of the Shamshaan, of which the word is a corruption) is a story set up in the small, orthodox town of Banaras (a place that cannot be imagined without its ghats) which towards its temporal end shifts to the city of hopes, possibilities and open-mindedness: Allahabad. The story is constituted by 2 parallel narratives that converge in the end. There are places in the movie where the two storylines very subtly intersect. For example, Deepak is the one who burns the funeral pyre of Devi’s lover; Shalu’s ring, which Deepak throws in the Ganges as an act of trying to get over her, finds its way to Devi’s father and is used by him to get money to pay to the policeman. 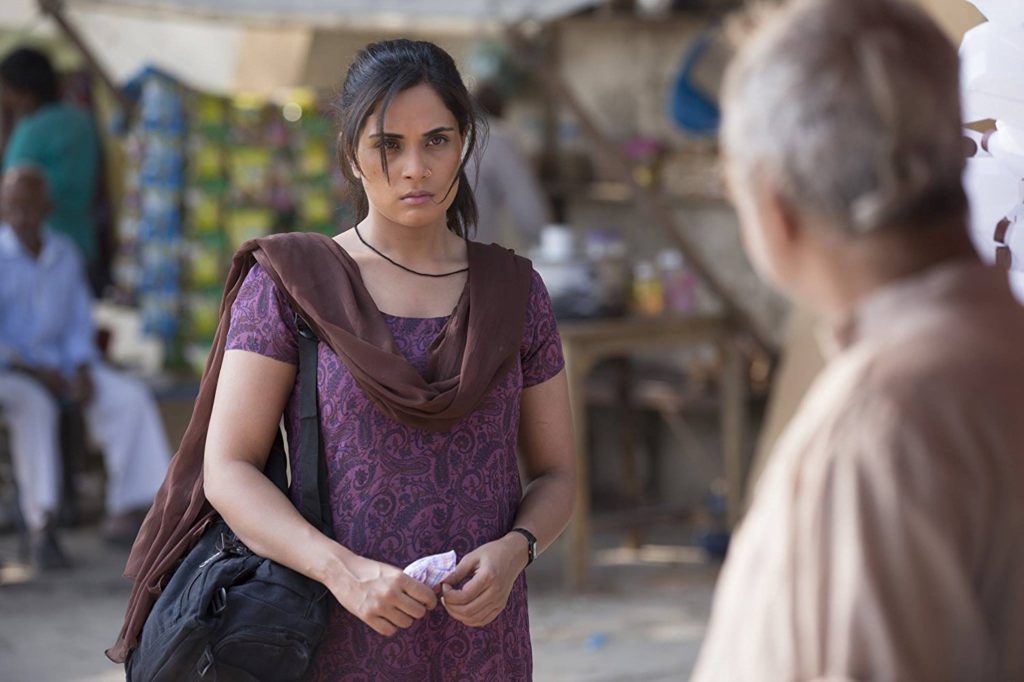 There is no definite beginning, middle and an end in Masaan; the conventional linear movement of the plot does not stand strong, thus the movie deviates from the classical cinema. Subverting the set traditions, Masaan experiments with a newer method of narration which weaves together beginnings and ends. Not even 10 minutes into the movie we get to witness the death of Piyush, a bright engineering student who is a young lover of Devi (Death is usually associated with end by most people; however this is philosophically and religiously refuted. Nevertheless, for this paper we will consider death as an ending itself). Another incident that pertains to the discourse here is the death of Shalu, which happens just when their (Deepak’s and Shalu’s) relation might have fructified into a marriage, which would have been a desired end for the audience. But, the abrupt and passive death of Shalu, defies the expectations of the viewers.  The ends of the story do not come only in the form of deaths. The conscious parting of Devi from her father when she leaves for Allahabad is an end in the form of separation. Those who remember the last scene of the movie would have often wondered: What happens to the characters? What happens in their lives? There can be numerous possible extended narratives (a few of which are discussed in the next section) which render the end of this movie-endless. Counter-wise, one could argue that though the movie ends, it does so with the hope of new beginnings.

Some ends and beginnings though, are not very distinct in Masaan. The two protagonists are not allowed to mourn the death of their lovers because the orthodox Hindu society does not legitimize either premarital sex or inter-caste marriages. So, the closures that the two characters are shown to have by the end of the movie are not conventionally systematic. The attempts (made by them) at moving on towards a new beginning do not seem fresh. The transition from the past to a hopeful future is hazed.

Let’s also talk about the place politics in the movie. Banaras, the spiritual capital of India, (also traditionally called Mahashamshana, “the great cremation ground”) is a place which bustles with life because of the dead. It is the most favored place for Hindus to die and be cremated at because death in Banaras ensures unobstructed attainment of Moksha (final liberation from the cycle of reincarnation: birth, death, and rebirth). In her book, Banaras: City of Light, Diana Eck writes: “Death in Kashi is not a feared death…(it) is death known and faced, transformed and transcended.” The deaths in Masaan too are dealt in this manner. It is not surprising that all the deaths in the movie take place in Banaras. Because of their proximity and acquaintance with the reality of death Devi and Deepak are able to transcend their grievances even though they are not permitted to have proper mourning for the people they cared for.

Banaras is a place drenched in rituals and a city still in the clutches of orthodoxy because of its religious history. For youngsters like Devi and Deepak the place holds no attractions even though its culture subconsciously helps them to overcome the tragic events in their lives. For Devi it’s a place where she cannot be truly free of the taboos related to her sex. It is kind of suitable that at a place where people come to free themselves from all the hullaballoo of human existence, Devi tries to explore her sexuality and bodily pleasures and very fittingly fails. For Deepak it’s a place where the ghost of his caste will always haunt him. 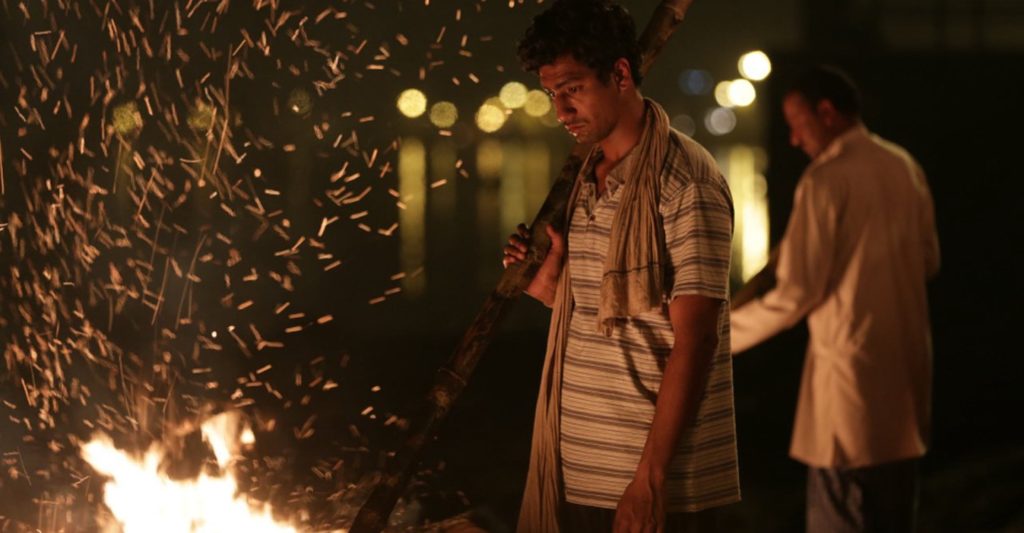 Both youngsters think of the nearest town which could have allowed them to shed their pasts and provided a space to start their lives anew: Allahabad. Allahabad became the administrative center of the East India Company in the 19th and the 20th century, hence a lot of development took place in this city. The Allahabad educational system is distinct from other (neighboring) cities, with an emphasis on broad education, which attracts most students from the neighboring towns. Devi expects to find a society uncritical of the activities of a young unmarried woman. For Deepak it’s a place that offers him the opportunity of finally freeing himself from the shackles of his caste. Allahabad gives the protagonists an anonymity, hence the autonomy to reshape their identities in any way they want.

Ganga flows from the city of beginnings, Allahabad to the city of ends, Banaras so the dislocation of the characters also signifies their movements against the flow of the river (norms of the society). The living instinct of the protagonists takes them backward from Banaras, a place where people mostly come looking for salvation after giving up worldly pursuits, to Allahabad, a place where people come looking for beginnings and shape their futures.

There can be multiple possible narratives to the open endedness of Masaan, however, we are going to talk about only a couple of them. The most simplistic reading of the end would be to expect a romantic union of Devi and Deepak. This, however, will not be the most accurate interpretation of the movie. (By further examination, we can find that the idea of a possible union and a state of happiness after the characters have met by the Sangam is a myth). There are no happy “endings” just happy phases in life. We need to take into account the fact that the ending of a story is not actually an ending of a large narrative but just a point where the writer/director stops his work.

So, this (romantic) interpretation of the open ending is the easiest and the most comforting as deemed as a happy ending, the story and the characters stop disturbing the audience and they make peace with the narrative. Another could be to see this meeting as only a chance meeting of two strangers who never meet again. There will still be parallel stories then: one of Deepak, who by virtue of his struggle and education doesn’t have the baggage of his ‘low caste’ anymore. Another of Devi, who has achieved her financial and physical autonomy in the city of infinite possibilities and they begin their lives afresh.

In this paper, I have critiqued audience’s obsession with endings but by providing alternative narratives to the open end of Masaan we seem to have justified that. In John Green’s The Fault in Our Stars, Hazel Grace wants to meet her favorite author Peter Van Houten, (writer of a book called The Imperial Infliction) and to be able to resolve her conflicts with the radical ending of his book. But when she asks Van Houten what happens to the characters of his novel, he replies “they are fictions, nothing happens to them…They ceased to exist the moment the novel ended”. According to this argument, it’s a complete waste of time trying to paint the canvases of open-ended or any kind of narratives for that matter.

An end or a conclusion to this paper will also be expected but we are going to transgress those expectations just like the subject of this paper does. What I have done here today is to start a quest and the purpose of a quest as we all know is not to conclude but to explore.